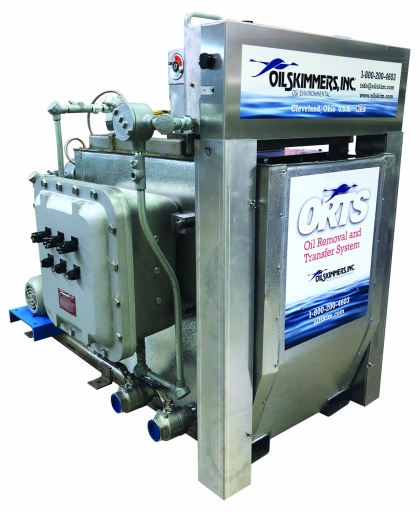 Oil Skimmers has helped manufacturers remove oil from their water for half a century.

When some think about oil on water, they think only of oil spills in open water. “But mixing oil and water is quite common in the manufacturing world,” Jim Petrucci says. “People who use water to any degree in manufacturing are going to get oil in it, whether it’s on purpose or by accident,” he explains.

When manufacturers want to remove the oil from the surface of the water, they turn to Oil Skimmers Inc. Petrucci is the vice president of the Cleveland-based company, which provides oil skimmers and oil removal systems to manufacturers, as well as power plants, food plants, mines and military bases.

Oil Skimmers started 50 years ago and introduced the floating tube skimmer. “As we started marketing that around the world the company grew steadily,” he says.