Back to Profile Gallery > Alcatel-Lucent 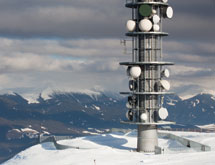 Most smartphone users focus on the device they hold in their hand, not giving a second thought to the network that makes the services and applications they rely on for communications and entertainment possible.

Enabling the network infrastructure behind smartphones requires technical expertise on a global scale, which is exactly what Alcatel-Lucent prides itself in providing to customers. The company, which formed in 2006 after the merger of Alcatel and Lucent Technologies, is a worldwide leader in communications and networking technology. Alcatel-Lucent’s worldwide headquarters is in Paris, with U.S. operations based out of Murray Hill, N.J. The company operates in more than 130 countries.