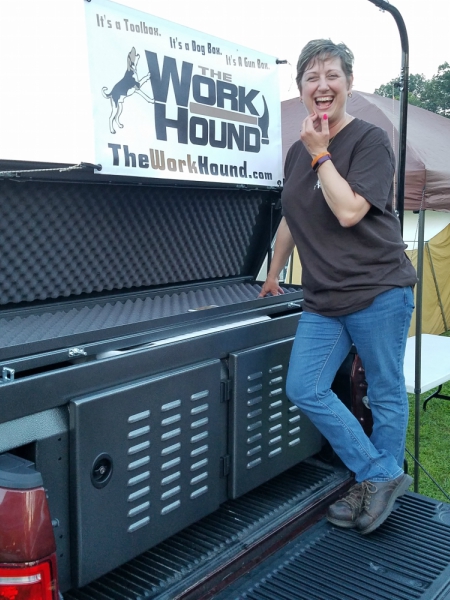 Mark Ries knew from an early age that there was one big problem faced by people who work with tools. “My father was a carpenter, and I worked with him from when I was eight years old into my mid-20s,” he says. “It seemed like every time I went to the tool box, the tool I needed was always on the bottom.”

Ries – who now works as vice president of sales and engineering for GB Manufacturing and GB Fabrication, a metal fabrication company based in Delta, Ohio with divisions in Shiloh and Shelby, Ohio – recently had an idea that would solve this problem. “I wanted to put a door on the front of it; that way, you could just open the door and get what you wanted from the bottom,” he says.

During development of the toolbox, a few of Ries’ colleagues from GB Fabrication had additional suggestions about further uses. “One member of the team said this could be turned into a dog box,” Ries says. “We also realized the top shelf would be a great place to store guns.”