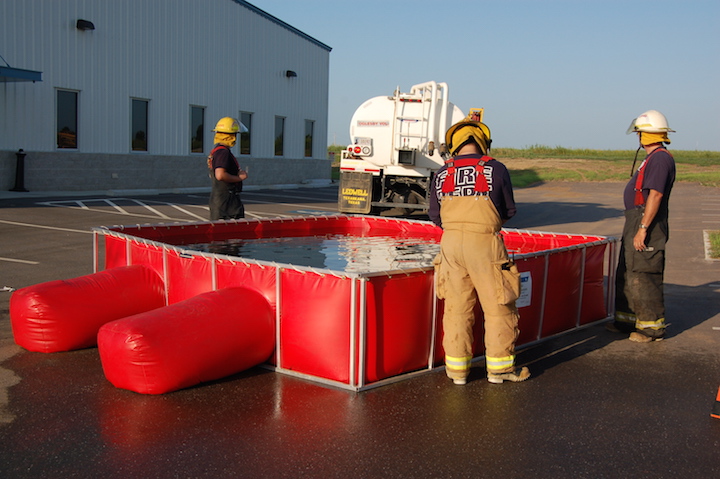 Unique designs, quality and a focus on customer service have defined Husky Portable Containment since its founding.

When Husky Portable Containment started manufacturing portable water tanks in 2005, there was almost no major product innovation taking place in that market. “The design of folding frame tanks was basically the same for 45-plus years,” says company founder Jay Claeys, who co-owns the company with his wife, Pam.

This changed with the introduction of Husky’s Easy Lift handle system, first developed by Claeys after the company’s founding and patented in 2014. Husky’s portable tanks feature heavy-duty handles welded to their floors in a zigzag pattern, making them easier to fold and remove standing water from. “This design is really what got us going, and is something no one thought of before,” Claeys says. “We’ve never sold a folding frame tank without it.”