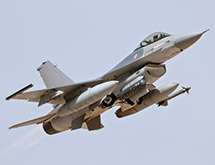 S.S. White Technologies designs, engineers, manufactures and tests a wide variety of flexible shaft products for the aerospace, medical, automotive and industrial markets around the globe. Almost all of the commercial and military aircraft platforms in the air today (except Russian) and more than one-half of vehicles manufactured in the United States rely on S.S. White Technologies’ flexible shaft products, the company says. It has manufacturing facilities in the United States, the United Kingdom and India.

S.S. White Aerospace says it has a long history of developing flexible shaft products for aircraft. Beginning in 1917, the company produced the first tachometer cables ever made for flight. It continued to grow with the aerospace industry, moving into flap, rudder and aileron trim control systems that it designed and produced for aircraft during World War II.