Skip to content
You are here:Home » Compound Dynamics
News 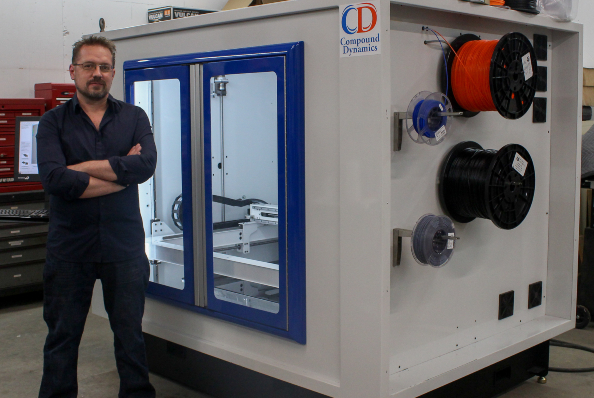 For owner Jared Wesenick, the formation of Compound Dynamics has been the fulfillment of a lifelong dream. “This is something I’ve wanted to do my entire life and I’ve finally taken the initiative to stop thinking about it and do it,” he says.

Wesenick recently formed the Wausau, Wis.-based start-up company, which will manufacture industrial FDM (Fused Deposition Modeling) 3-D printers. For 24 years, he previously worked for an HVAC manufacturer, but had the dream of owning his own business.

“Ten years ago, I settled on the idea that the ideal company to own would be a niche market manufacturer,” he recalls, adding that he settled on 3-D printing after purchasing his own machine. “I bought a desktop 3-D printer as a Christmas gift, so my family and I could have fun with the newest technology.”

After using it, Wesenick was impressed with the printer’s capabilities. “I saw a lot of opportunity in it,” he says, adding that he began researching the capabilities and costs of other 3-D printers. 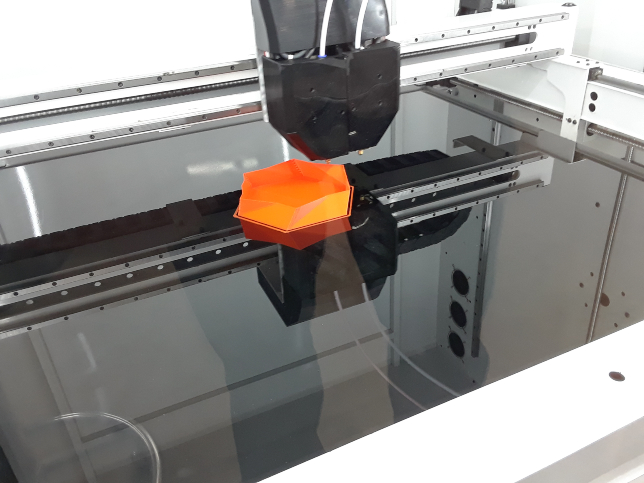 Wesenick, who carries more than 17 years of experience in designing and manufacturing custom equipment, felt he could provide a better product. “I took all of my design, manufacturing and business experience and put it towards building an industrial 3-D printer,” he says.

Today, Compound Dynamics operates from a 1,500-square-foot building on Wesenick’s property where welding and fabrication take place. Assembly operations are in a leased facility nearby.

“Having the welding and grinding operations separated from the assembly of the precision components ensures a quality machine,” Wesenick says, noting that he has become accustomed to the other aspects of starting a business, including banking and marketing. “This has provided me with all the challenges that I enjoy.”

Interest in Innovation
Compound Dynamics will introduce its 3-D printer, which has the model name “RM,” at this year’s RAPID + TCT show in Detroit, which will find him alongside several of his suppliers. “I already have several meetings set up with potential customers,” Wesenick reports.

“I’ve had quite a few interesting inquiries and conversations,” he continues, adding that one manufacturer may be interested in Compound Dynamics providing machines for their private label. “My goal is to sell 10 machines in the next 12 months.

“3-D printing is going to revolutionize manufacturing and this is the hottest machine market I have seen in my career,” he says. “I think the industry is just getting started and the applications for the technology are endless. Some people equate it to the development of the steam engine.

“3-D printing is moving from producing prototypes to creating functional tools and finished products,” Wesenick says. “I’ve been asked what industry I am targeting. I think my machine is versatile enough that it could be used in any market. Engineering prototypes, education, tooling, signage, building facades, foundry patterns or short-run finished products.”

Built to Succeed
According to Wesenick, the size of Compound Dynamics’ machine sets it apart from its competitors’ products. “I designed this from the ground up to be a big 3-D printer,” he says, noting that it has a one cubic meter print volume. “There are very few machines in this size category.”

His machine also features CNC controls, which is a rarity. “There’s very few companies out there that offer CNC control,” he says, noting that the printer is capable of printing at 200 millimeters per second. “My goal is to get it up to 400.”

He also has made product quality a major focus. Outside vendors provide the laser cut and formed sheet metal and all machined components. These are people that Wesenick has known for 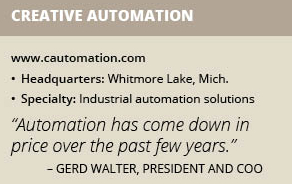 “That is very helpful,” Wesenick says, adding that Compound Dynamics has utilized other reliable vendors thanks to his contacts in the 3-D printing industry. “I learned the value of those connections much more in the last six months than I did in the last 24 years.”

Wesenick also uses precision welding jigs to ensure the chassis of the machine is assembled correctly. “That’s really the backbone of the machine,” he asserts. “If you don’t have a good framework, nothing is going to work very well.”

Moving Forward
The next steps for Compound Dynamics, Wesenick notes, include finding strong associates to complete mass production of the machines. “I have several lined up,” he says, noting that the Wausau area is a good resource for assemblers, programmers, welders and sheet-metal fabricators.

Wesenick has plans to integrate other 3-D printing technologies in the future. “We are currently working with a customer to add a pellet extruder,” he says. “This allows for much faster deposition rates than filament and the cost per pound of material is significantly cheaper.

“Adding a pellet extruder is fairly simple,” he says. “The machine has the capability to handle the extra weight and size, so it is really a matter of programming. I then plan to test several metal printing technologies such as spray power fusion and wire arc.

“One person cannot start a company,” Wesenick says. “I have a small but dedicated team that has worked very hard to get to where we are today. We share the dream of becoming a major player in the 3-D printing world. Support from my family has been key, especially from my wife Robin who will be working the booth at the Rapid Show with me.”