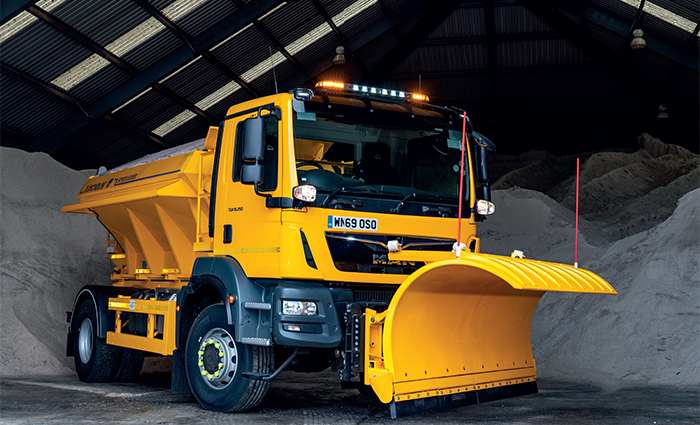 Jonathan Lupton, Managing Director, started out as an apprentice straight from school, working around the trucks for his father’s company, in 1985. He rose organically to the position that he holds today, continuing the family ownership of Econ Engineering (Econ) into a second generation.

Jonathan’s father (Bill) was the son of a farmer, and in his younger years developed and launched, the first tractor mounted hedge cutter, which was designed and manufactured in the farm yard’s outbuildings. As Bill sadly hadn’t patented his design, it was copied by a competitor and as a result he took the decision to sell the business to another company, shortly after. This enabled him to focus on his next idea, and as such Econ was founded in 1969, as a means to manufacture his latest innovation: a road salt spreading gritter, following a harsh string of winters and the establishment of the country’s earliest motorways. 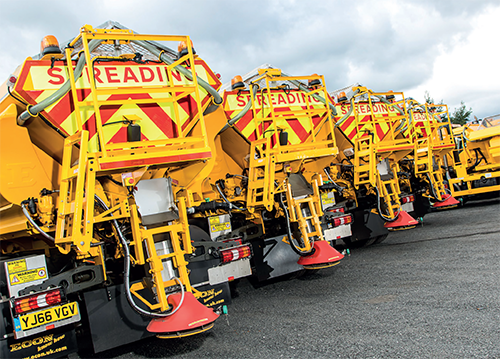 Mainstay of the business
In 1970, Econ built its first road gritter, which was operational by the winter of 1972. By 1978, the company had outgrown its initial premises and moved to a larger site nearby, still in Ripon, where it has remained until this day. The following decade was powered by growth, and saw the acquisition of the business’ largest competitor, Atkinsons of Clitheroe. Atkinsons were also in the gritter market but manufactured a range of agricultural equipment too, which opened up a new sector to Econ. This diversification allowed the company to grow greatly, but in the early 1990s, the decision was made to sell the agricultural side of the business and fully focus on the winter maintenance aspect of the business.

Throughout this decade, Econ designed and produced the widely successful Hot Box: a vehicle body that features either one or two, gas heated hopper chambers to maintain the temperature of its contents, which allows for round the clock road repairs. Alongside this, it also started to manufacture a range of modular body equipment and unibodies, enabling customers to use their trucks as gritters in the winter or as regular road maintenance vehicles during the summer months. Regardless of these innovations, Jonathan still cites the company’s biggest seller, the gritter, as being the one it’s known best for

“Even today, the permanently mounted gritters are still the mainstay of the business – eight out of ten winter service vehicles on UK roads are Econ units. We launched our gritter hire fleet back in 1998, which consisted of seven trucks that first winter. We doubled the size of our fleet from 70 to 140, literally overnight, back in 2005, through the acquisition of our main competitor in the rental market – MHS Vehicle Hire. They went out of business, so we managed to incorporate their gritters in time for the launch of our new control system at that point. Fleet expansion has been high on our agenda ever since, and currently we have over 1000 hire vehicles in service and have also opened a service center this year in Sowerby, Thirsk.”

Servicing and assistance
Econ is the market leader for the two primary sectors it operates within: winter and highway maintenance. This niche approach is partially responsible for the company’s great success. Without spreading itself too thinly, it can really focus on what’s important, which in these industries, according to Jonathan, is servicing and assistance with excellent customer service. Continued customer support is crucial to Econ’s model, and is what sets it apart from its competition, as it relies heavily on repeat business. As a family owned entity, and self-proclaimed ‘safe pair of hands,’ any local authority that signs up to an eight or nine year contract can rest assured that Econ will be there to look after their equipment.

As a result of the company’s reputation, the business has continued to see incredible growth despite the state of the market and economy over the last few years, as Jonathan details: “There are two main factors attributing to the growth we have experienced over recent years. Firstly, the buoyancy of the road repair market. This doesn’t just include road repairs and such, it’s also affected by the initiative to install fiber optic broadband up and down the country. Driving around the UK now you see a vast amount of roadworks going on; the contractors of these sites are all responsible for ensuring that certain key performance indicators are met when the roads are returned to normal use – leading to greater reliability on the specialist equipment required and services in which we’re well versed. Secondly, the international semiconductor shortage is affecting the manufacture of commercial chassis. This means that there’s a large number of customers turning to the hire of vehicles in the meantime, which has resulted in our fleet being exceptionally busy. We’re really seeing the success of focusing on niche, select markets and in turn being able to provide the absolute best service possible.” 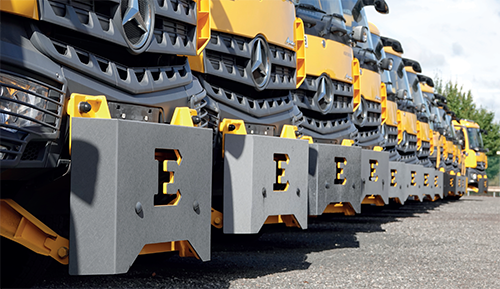 Expansion of capabilities
With such great growth, comes even greater means for innovation. Econ is currently working on a prototype for the first electric, highway vehicle solution, which could be released as early as January. The new technology will emit zero emissions, an enormous benefit to local authorities looking to reduce their carbon footprint. Due to certain limitations concerning range and charging, Jonathan believes that the product will be more prevalent within cities than the countryside. Regardless, he sees the electric era to be a reasonably short one, functioning mostly as a stepping stone towards hydrogen fuel cell and combustion solutions.

Besides fleet innovation, Econ has reinvested huge resources into its production facilities and infrastructure this year alone. In opening the new £7 million service and engineering site in Thirsk, the company’s HQ in Ripon has gained a huge amount of floorspace for further expansion of its capabilities, as Jonathan explains: “Our 90,000 square-foot facility is set on just six acres of land; meaning the internal expansion available to us, by relocating the service center elsewhere, has been instrumental in our reinvestments in technology. We have implemented a new £850,000 laser cutter and purchased a team of robotic welders. Everyone is aware of the current labor shortage throughout all industries, which Econ iss now tackling with automation. The new robotic welders have increased production of a large number of products, freeing production hours for more involved processes undertaken by our skilled workforce. Alongside the purchases of these two key pieces of equipment we have ordered two new presses that are due to be fitted around Christmas, replacing those we’re currently using, which will increase our production efficiencies.

“It’s difficult to say where the future lies from here on out,” he concludes. “As mentioned, the road repair sector is currently incredibly buoyant but we can’t rest on our laurels that this level of requirement will continue. The beauty of Econ is that we are privately owned. We are able to make quick decisions and exercise the utmost dynamism when responding to changes in the market. It’s what has fuelled our growth up until now and will continue to do so for many years to come.”
www.econ.uk.com