Skip to content
You are here:Home » How ASD Lighting’s long-established values are appealing to new-age desires 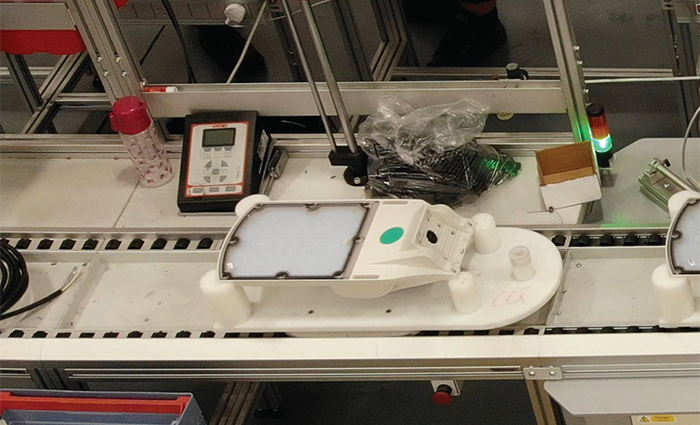 Ahead of the curve

There are extra costs to being a UK-based company such as ASD Lighting PLC (ASD), which mostly relies on its own manufacturing and local supply chain, however the relationships built in the process are a priceless commodity during times of uncertainty. Despite its four decades of providing international lighting solutions from Rotherham, South Yorkshire, ASD has had to rely on more than its expertise in recent years. Nathan French, Director of Street Lighting, believes that ASD’s niche approach has delivered its well-deserved success over this turbulent period: “We do an awful lot of manufacturing ourselves and then we also use a local supply chain where we can. It builds up a good relationship, so in times of difficulty, as with Covid or the current economic climate, you have a good contact base between your suppliers and your customers. This establishes a more understanding and accommodating space for all involved.” This large but still local essence has recently been recognized by the HEA, in the form of their HEMSA large organization of the year 2022 award. 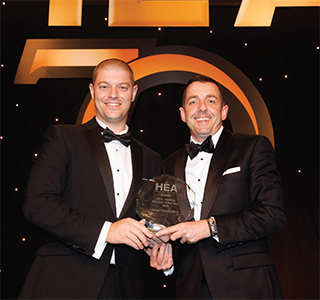 “Over the last 15 years, the increase in pressure from our overseas competitors, particularly concerning the lower prices that the far east can offer, has forced many UK companies to move into more specified or technological areas. You’re aiming for far higher levels of quality in manufacturing to try and set yourself apart,” he continues. “Not everyone wants to buy the cheapest option, because they know it’s not going to stand as the best value product over a prolonged period of time, and that is where we have angled all of our product development and innovation. We are targeting the sphere of flexible products that offer a good balance of high-spec features and excellent quality, which practicably can’t be replicated on mass by importers. This is fully supported by a UK-based workforce that is engaged in providing high quality service to customers, and understand, the importance of offering solutions that set standards with which international importers cannot compete”

Spotlight on sustainability
The relatively recent change in market trends has been another saving grace for the company, with even more customers now turning to its product offering than before. In commenting on the change and how ASD has kept ahead of the curve, Nathan says: “How we have done it, is by listening to our customers and our employees. Today, there is a big push for overall sustainability, people want a product that is environmentally friendly for its entire life cycle – after which it can hopefully be reused instead of simply recycled. Whereas 15 years ago, customers had little interest in this USP and would’ve complained that the necessary costs rendered the final price of the product too high,” he compares. “People have actually changed the intrinsic values that they want to see in products, their manufacturers / employers and have become far more socially conscious. Nowadays, they want to support companies with greater moral values behind them – whether that’s in their innovation, green initiatives or social value projects. We have been maintaining a lot of these standards since our earliest days, without purposefully trying to tick boxes to attract different corners of the market.”

The research and development side of paying close attention to its customers is another huge benefit of ASD’s holistic mentality in conducting business. Instead of simply telling its customers what they need, the company applies its knowledge in advising them on which suitable options may work for them. “When tackling problems raised by the current energy crisis, we are able to draw upon our knowledge of advancements in lighting tech – new chips, artificial intelligence, electronics and robotics – all are helping us provide competitive solutions. For example, a lot more systems feature daylight controls that can monitor the time of day, to adjust the interior lighting accordingly, or you have occupancy controls. These fittings can identify how many people are in a space, or more specifically whereabouts they are within a large room and adapt the lights to focus on the more populated areas. These approaches started off more centered around carbon saving initiatives but, now that the energy bills are going through the roof, we have adapted them to save people money. As a business, we like to be in the driving seat, by keeping abreast of these advancements and then investing into the manufacturing behind the scenes.” 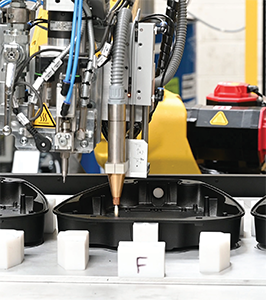 Since starting the street-lighting sector of the company in 2014, Nathan has built a team of designers and a sales force that now account for a third of the total company. Its ability to pivot has led to ASD’s growth within council-wide initiatives across the UK and Ireland, in which it will be retrofitting thousands of streetlights with LEDs. These offer a far more efficient design in comparison to traditional luminaires, in the name of the environment and saving councils money on providing nighttime illumination. Nathan explains: “Local authorities are committing to large-scale investment programs that entail replacing their entire luminaire stock with LED solutions – each offering energy savings of 65 to 85 percent. Now that energy prices are around 45 pence per kilowatt hour, we can save authorities such as Kent or Oxfordshire, which each house over 60,000 street lighting points, £45 for every single watt over the course of 100,000 hours for circa 25 years. Given that, over the product’s lifespan, they are saving more than the start-up capital investment – this is a financially solid investment, which also reduces carbon emissions to aid in meeting government targets.

Keeping the lights on
“The Public Lighting Energy Efficiency Project – Eastern Region with a number of Irish Authorities led by Kilkenny Council, is particularly exciting as its going to be for between 70,000 and 80,000 streetlights – which is a massive project for us. In the bidding, we were competing in an international marketplace against significantly larger, major companies. Our prevailing edge is that we’re still small enough to take the time to listen to our customers, consider their budgets and run the numbers twice as hard to come up with a bespoke solution as opposed to offering them our default option. It’s our flexibility that keeps us in the running,” he concludes.

It’s up to companies like ASD to stand as local landmarks in the age of globalization, as a reminder that there is still a huge place in society for a more holistic, personalized approach to conducting business. Not only that, it also proves that there’s still great success to be had by holding the more traditional mindset that has allowed ASD to keep its lights on for the last 40 years. We’re hoping for energy savings of something close to 80 percent, against the previous technology.
www.asdlighting.com