Skip to content
You are here:Home » Through green initiatives, Fibrant promises a vibrant future for the nylon fiber industry

Fibrant commissioned its first factory in the Netherlands in 1952 as part of Nederlandse Staatsmijnen (later: DSM). The company is built on a rich history of craftmanship and boasts a global reach by means of its worldwide network. Its reliability in the manufacturing of high-end chemical products was one of the reasons for Highsun Holding Group (HSCC) to acquire the company, besides its successful development of technologies to produce Caprolactam – of which the annual global demand currently sits at around five million tons.

Caprolactam is a key ingredient in the production of a wide range of plastic-based products. When polymerized, it produces Nylon 6. In layman’s terms: polymerization is the chemical binding of smaller molecules, known as monomers, to create a macromolecule. Hundreds of macromolecules collectively then form polymers, which can be processed.

Nylon 6, is a synthetic, thermoplastic polyamide that has a high level of durability and therefore lasts much longer in demanding applications compared to other type of plastics such as Polyesters. Partially for this reason, among its other characteristics, it’s used in products such as: carpets, tires, clothing, upholstery, seat belts and ropes. Given the nature and uses of Nylon 6, and therefore caprolactam, it is considered to be one of the New-World’s necessities. Fibrant, as a large industry player, took its responsibility to produce their caprolactam in the most ecofriendly way possible, calling it EcoLactam®.

Industry leader
Olaf Poorter, Manufacturing Owner and Manager of Technology and Projects, elaborates further: “We are in the business of making caprolactam, but we also capitalize on its major byproduct, ammonia sulphate (AS; an artificial fertilizer). In the 1960s we developed our inhouse process now known as HPO, due to the lesser demand for ammonia sulphate during that era. It basically allowed us to go from producing 4.5 kg of AS to every 1 kg of caprolactam, down to 1.5 kg of AS. The first plant was actually built in Japan, in 1971. Following this, we started to license out the technology to other manufacturers around the world to implement in their plants, as well as starting our own in 1976. This approach to growth and creation continued through to the 21st century, seeing the development of our HPOPLUS® production process and forming of a joint venture of the plant that we had previously licensed in China. This has culminated in Highsun buying us in 2018, as an extension to the two caprolactam lines it already owned, collectively making us the largest caprolactam producer in the world.” 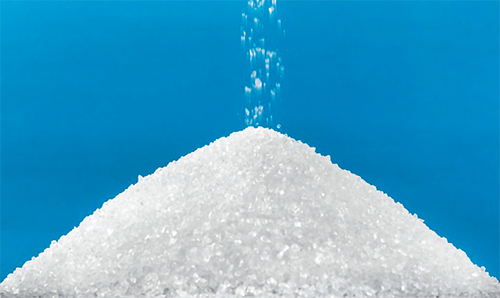 The environmental issues with this form of chemical manufacturing aren’t just related to the lifespan of the final products. A smaller outcome of the production process is nitrous oxide (N2O), produced via the combustion of ammonia. N2O is currently considered to be 298 times as harmful as carbon dioxide, in terms of Green House Gases (GHG,) but Fibrant has engineered multiple solutions, as Olaf details: “We built in catalytic systems to remove the excess nitrous oxide from our original HSO line, alongside a regenerative thermal oxidizer, which reduces the gas to simply Nitrogen (N2), the major component of our atmosphere. In doing so, we have managed to reduce our total emissions by around 80 percent. Now, if you apply this in terms of a life-cycle analysis of our product, we have managed to halve its carbon footprint – making us not only the industry leader, but also the most environmentally-friendly caprolactam producer worldwide.”

Fibrant has taken its fight for the future of the environment beyond its own four walls. Earlier this year the company exhibited at the textile industry fair, Performance Days in Munich, educating the downstream value chain on the importance of making the right material choice at the beginning of the process that enables them to meet their sustainability ambitions. In reference to halving the carbon footprint of EcoLactam®, the company is now able to pass the benefits of this lowered environmental impact onto its customers. “Speaking to brand owners and textile fabric manufacturers and educating them on the positive ecologic impact Ecolactam® has on the production of Nylon based products, was a big eye-opener to them,” Olaf explains. “We showed them a graph detailing the emissions caused by each step of the process, starting at the beginning with oil. It was clear to see that the largest contributor to the product’s carbon footprint is resultant of the production of caprolactam and therefore this is where we can make the biggest impact. With the introduction of EcoLactam®, we can reduce the ecologic footprint of nylon based products with up to 70 percent compared to the same products produced with traditional technologies. This, in combination with our large production capacity, really makes a huge positive impact on the ecologic footprint. With this we are a clear example of how the chemical industry can positively contribute to a sustainable world.”

Excellent example
Fibrant’s base is now located at Chemelot: a unique chemical and materials community that promotes the growth of individual associated businesses through the open exchange of ideas – a flexible concept that allows a number of smaller organizations to operate together as if they are one larger entity. According to Olaf, it encourages a greater sense of collaboration: “We are part of a highly integrated chemical site called Chemelot, there are around 60 plants surrounded by only one fence, with lots of different owners here and there. We share municipalities, utilities and our emergency response system too, with our own fire brigade. We have a very unique system in which when something is happening, all of the plants work together – despite our different owners and directions. One of our main contractors is called Sitech, who we rely on for maintenance, permits, the fire response team and the execution of our projects.”

Fibrant is setting an excellent example for not only chemical engineers, but all manufacturers looking towards a greener future. We don’t necessarily have to abandon the products that we currently rely on, sometimes it’s a just a case of reforming and adapting current processes, by incorporating or disbanding byproducts, using expertise to focus on one specific area or educating others in the right way forward.
www.fibrant52.com/en