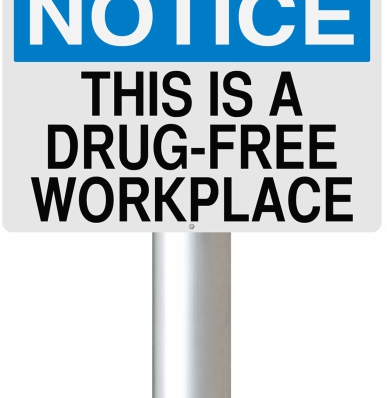 As marijuana use has risen, more employees are testing positive for it at work. In just four years, the positivity rate for saliva marijuana tests rose nearly 75 percent – up from 5.1 percent in 2013 to 8.9 percent in 2016 – according to a report by workplace testing provider Quest Diagnostics.

This spike in marijuana use has not only left manufacturers in desperate need of skilled workers, but also raises questions as to whether or not they should scale back testing or alter the types of testing they conduct, says Vigilant Employment Attorney and Strategic Services Director Jodi Slavik.

“Finding qualified applicants has become increasingly difficult because of the societal and generational changes we face today,” Slavik says. “Younger generations aren’t acclimated to physical labor any more. Additionally, finding people who are capable and want to work in manufacturing is a challenge.”

A Hazy Issue
Manufacturing companies have many reasons to change their testing regime, including the need to maintain a safe environment and comply with strict federal contract requirements. However, testing for marijuana is difficult because of the inability to exactly pinpoint time of use.

“Unlike the precision of blood alcohol testing, marijuana testing relies on capturing the level of THC in urine, saliva or hair,” Slavik explains. “THC can remain in the body for weeks, too, unlike other drugs with a detection time of hours to a few days.

“Thus, an employee who smoked at a weekend party and is randomly selected for a test two weeks later could test positive,” she notes. Slavik adds that testing also inaccurately assesses how much a person can smoke and still safely operate workplace equipment.

“Marijuana impairment is fully dependent on the size, weight and health of the user,” Slavik says. “However, this is the challenge with any drug or alcohol: We all have different impairment levels. Some people can look at a bottle of beer and get woozy.”

Overcoming Pot-Holes
Despite the challenges that may come with traditional testing such as random, pre-employment, post-accident and reasonable suspicion, Slavik notes manufacturers should focus on hiring 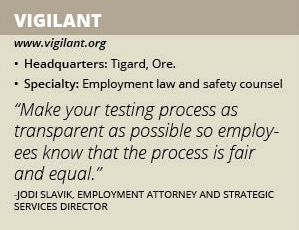 “With hiring you send the message to the employment community that you take this seriously and you will test for it,” she explains, noting that this avoids being labeled a “pot-tolerant” employer.

“Reasonable suspicion really focuses on the supervisors being the eyes and ears of the company,” she says. This means training supervisors on how to spot and confront potentially impaired employees, which can be done by drug test companies.

“This way, manufacturers are not testing randomly and getting people who test positive for weekend use,” Slavik says. “You’re really focusing on signs of impairment, which means your supervisors have been trained on behavior, mood and odor changes.”

Culture also plays a key role in this, as manufacturers should “walk the talk” and stand behind their supervisors if they send a co-worker in for testing.

“Check to see if you have a ‘we’re in this together’ mentality,” Slavik says. “How do you treat everyone and what are your expectations for everyone?  For instance, are you willing to sacrifice some production goals in favor of a supervisor who needs to stop the line because someone might be impaired?”

Stopping production can be a tough decision, she adds, and supervisors are less likely to send someone in for testing if they do not feel supported. “If employees get away with being impaired at work, not only are co-workers endangered, but a message of ‘we don’t really care what you do’ washes over the workforce,” Slavik says.

“Prevent this with a layered supervisor approach of support, training and confidence to have the ability to focus on impairment,” she continues. “In doing so, they become better and more connected supervisors who attract higher-level workers.”

Ultimately, it is most important for manufactures to know that they are not alone, Slavik concludes. “It’s a very common problem today,” she says. “Until testing technology improves, manufacturing environments need the safety and culture that comes from continued testing.”