Back to Profile Gallery > Avingtrans

Investing in the future

Since its inception over 20 years ago, Avingtrans has proven that strategic investment in the future of emerging industry markets is a sure way to success

Established over 20 years ago, the engineering group now boasts a total of nine brands and currently draws an impressive £98.5 million in annual revenue. To arrive at this figure, Avingtrans first needed to successfully action stages one and two of its business mantra. Let’s initially look back at how the company made its giant leap forward.

Avingtrans first pinpointed and later acquired the Jenaer Group, consisting of Jena-Tec Inc, Jena Rotary Technology Ltd, and C&H Precision Finishers Ltd, in 2002. By investing strategically, Avingtrans laid the foundations of what we can now see as a demonstrable history of successful financial investments.

Within a year, Avingtrans had acquired both Crown UK Ltd, an innovative manufacturer of road and rail traffic safety infrastructure, and Stainless Metalcraft (Chatteris) Ltd, a leading producer of fabricated and machined products for hazardous work environments as well as the global scientific community. By virtue of its investments in these markets, Avingtrans had signaled its intention to invest both widely and wisely.

The aerospace industry, however, is undoubtedly at the forefront of Avingtrans’ increasingly broad investment portfolio. More specifically, the group acquired a 75 percent interest in Sigma Precision Components Ltd in 2006. Providing a plethora of services to the global aerospace industry, the new acquisition went from strength-to-strength thanks to the financial support of Avingtrans and quickly grew into its 30,000-square-foot precision component manufacturing facility in Chengdu, China. 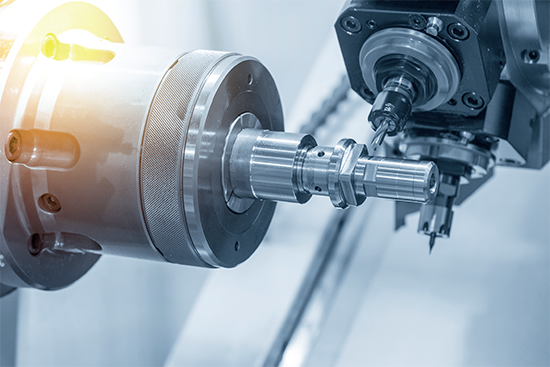 By investing in the future of engineering, Avingtrans secured its own. Sustained investment focusing on the aerospace market led to a noteworthy development in the group’s financial history. In May 2016, marking the final step in its ‘Pinpoint-Invest-Exit’ journey, Avingtrans’ formidable aerospace division, Sigma Components, was sold to Silverfleet Capital for an impressive enterprise value of £65 million. The sale ultimately shows that a well-executed and robust investment strategy can indeed pay dividends.

More recently, Avingtrans has applied its successful investment strategy to the energy and medical markets with the acquisition and subsequent restructuring of the Hayward Tyler Group. Comprised of separately established energy and medical divisions, the business has reached new commercial heights.

Hayward Tyler, now part of the Engineered Pumps and Motors Division of Avingtrans, which designs, manufactures, and services performance-critical electric motors and pumps, has built a strong reputation for meeting high industry standards. Due to its reputation, the company has experienced high rates of growth and now boasts facilities in the US, the UK, China, and India.

Such extensive development brings us to April 2022, the month in which Hayward Tyler secured two new nuclear contracts with Korea Hydro & Nuclear Power worth a total of $7 million. Due to be completed by June 2023, the contracts have been established to provide critical nuclear safety related spare parts to reactors in South Korea for nuclear service cooling pumps. Far from new to the game, Hayward Tyler has been an original equipment supplier of nuclear pumps and spare parts to the global nuclear industry, including Korea Hydro & Nuclear Power, for over 50 years.

The development has been praised by Steve McQuillan, CEO of parent company Avingtrans, who said the following in a recent press release: “We are delighted to have been awarded these contracts in a key geography for Hayward Tyler. Both the new political environment in South Korea and global sentiment towards nuclear power are of significant importance to Hayward Tyler as more nuclear plants will be in need of critical nuclear safety related spare parts. We are hopeful that this will lead to further orders in due course.”

As if that was not enough, in the same month, Hayward Tyler also received a Silver Supply Chain Excellence Award from Rolls Royce Submarines in recognition of its 100 percent on-time performance with zero defects within a rolling 12-month period. The award recognizes Hayward Tyler’s proven culture of continuous improvement, establishes its place as a leading supplier to the UK defence sector, and reaffirms its successful collaborative relationship with Avingtrans.

Looking towards the future, with its pinpointed focus on three principal markets – aerospace, energy and medical – Avingtrans is set on continuing to identify and invest in innovative businesses that complement its existing portfolio of high-performing companies. By doing so, the group is seeking to enact a rapid realization of each one’s true potential through sustained clinical management action, improvement, and integration.