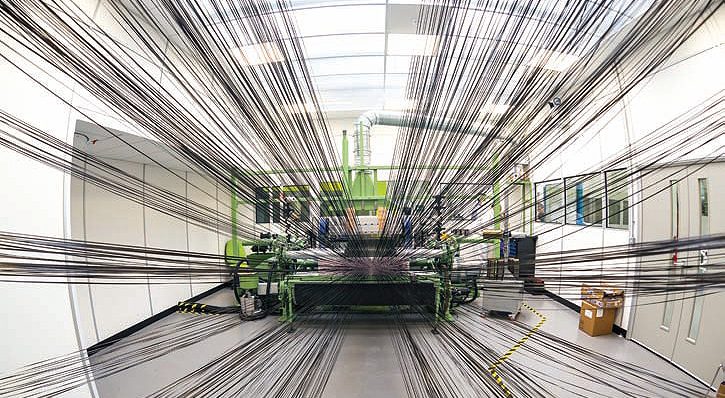 Operating out of a number of world-class centres, The University of Sheffield Advanced Manufacturing Research Centre (AMRC) is an industry-focused hub for the research and development of innovative technologies

Sheffield’s moniker of the ‘Steel City’ was forged as a result of the international reputation it gained for steel production in the 19th century. It was back then that a number of innovations, including crucible and stainless steel, were developed locally fueling a tenfold increase in its population. This legacy of the industrial revolution continues to exist within the city, where 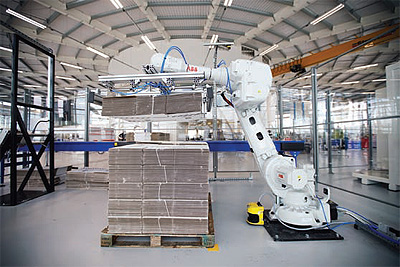 Forgemasters, founded in 1805, remains as the sole independent steel works in the world, dominating the north east of Sheffield.

Closer to the centre of the city, The University of Sheffield has always been a world leader in metallurgy and engineering research, and its Advanced Manufacturing Research Centre (AMRC) builds on the city’s long history of metalworking expertise and innovation. The AMRC was born out of the work of Professor Keith Ridgway and local businessman Adrian Allen, when the pair entered into a relationship with Boeing to apply Sheffield’s traditional expertise to new materials, focusing on machining research. The result was the establishing of the AMRC in 2001, as a £15 million collaboration between the University and Boeing, with support provided by Yorkshire Forward and the European Regional Development Fund.

“Before the AMRC, there wasn’t really anywhere that companies could go to in order to source neutral and unbiased views and industry-focused research and development of technologies used in high-value manufacturing sectors,” begins Colin Sirett, AMRC’s Chief Executive Officer. “We quickly gained traction as a result of increased attention from industrial companies seeking our involvement with projects. One such project led to our involvement with the landing gear contract for all of Boeing’s 787 aircraft, which in turn resulted in the opening of our first building in 2004.

“At the time our head count had increased to around 25, but fast forward to today and it now sits at more than 500, with a combined research floor space of 50,000 square metres, which is split across the University campus and various sites. These sites cover specialist disciplines and expertise in machining, casting, welding, additive manufacturing, composites, designing for manufacturing, testing and training.”

Today, AMRC is very much a critical research partner for a number of companies and a member of strategic research partnerships with the likes of Boeing, Airbus, Rolls-Royce and BAE Systems. “What we bring to the table is a forum for industrial companies to come to us seeking answers to specific challenges,” Colin continues. “To a large extent these revolve around how they can achieve the best time savings out of a given process. An example of this would-be Rolls-Royce’s work in producing titanium fan disks for its Trent series of engines. By working with Rolls-Royce, we were able to help them to reduce production times by up to 50 per cent, and in doing so they were able to take the processes and procedures back to the facility they have in Sunderland, where they made a £100 million investment to incorporate these changes.”

AMRC has taken an active role in a number of impor tant national and international programmes. One of these programmes saw it work in partnership with BAE Systems in the production of counter sinks for the fastener holds on the covers and structures for the F35 Lightning Joint Strike Fighter project. BAE Systems’ task was to produce these sinks within a tolerance of only three microns. AMRC’s input was to develop a system that utilises two robots, enabled by internal GPS, to deliver the counter sink within a single micron. This system also managed to reduce the cycle time for each counter sink from an average of 50 seconds, down to 18 seconds.

The use of robots, and automation in general, in the manufacturing process is something that AMRC is embracing and looking to perfect for the greater good of the manufacturing industry. “We are looking at the possibility of robots being involved across the complete manufacturing process, right through to the end of spectrum where we want the robot to facilitate and assist with the manual operation,” Colin explains. “So instead of having rigid fixturing for components, we could actually have the fixturing on the robot so that the component is offered to the operator at the most effective, ergonomic position. We are very interested in this kind of man and machine interface.” 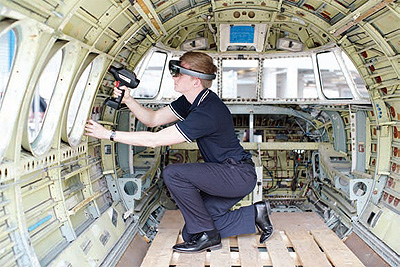 Many of the projects that AMRC has helped bring to fruition have also resulted in considerable inward investment into the UK. In February, a joint announcement was made alongside McLaren confirming that the vehicle manufacturer would be returning the production of its carbon fibre car chassis back to the UK. This will involve the opening of a factory in Sheffield, the operations within which will be underpinned by a manufacturing research programme that AMRC helped create to improve production technologies that will enable McLaren to hit the projected rates that it will need to achieve to deliver to market. As a result of this, McLaren projects that it will add over 200 new jobs to the local community at its Sheffield facility.

AMRC’s capabilities also extend into the expert fields of design and prototyping, some of which goes well beyond just metal work. “One of the exciting new items we have developed and begun to manufacture is a new device for use in spinal implants,” Colin enthuses. “Designed to treat people with collapsed disks in their spines, this implant can open up the gap between the two-affected vertebra, taking the pressure off the disk, while the material itself grows through the additive, 3D printed structure to become a solid solution. It is arguably the design and tooling of the actual implant that interests us the most, as it enables the surgical procedure to be carried out successfully with the least amount of trauma to the patient.”

One of the focus areas for AMRC moving forward will be expanding its own facilities in order to accommodate the increase in the volume of work that it is receiving, par ticularly from clients within the aerospace and automotive sectors. “In addition to this growth in demand, what we are also increasingly seeing is a trend for the technologies that are being developed for the aerospace sector being tested for their applicability to the future construction industry,” Colin reveals. “For example, some of the augmented reality solutions that we have developed for the major wing manufacturers have subsequently been tested to see if they can be applied to modular construction processes in construction. This is just the latest display of forward thinking that our teams possess, and they have become very adept over the years at recognising where opportunities exist outside of the original field where research and development began.”

Colin makes a point of highlighting the fact that AMRC is very fortunate in that the UK has a comprehensive manufacturing strategy in place, one that is recognised by the government, which also supports its research programme through the High Value Manufacturing Catapult. Such support is allowing AMRC to not only expand in Sheffield, but further afield as well. “We are currently working in conjunction with the Lancashire LEP to establish a North West AMRC, which will provide vital support to local SME manufacturers and help disseminate new technologies and best practice throughout the regional supply chain,” Colin says. “Meanwhile, we also have a second outreach activity where we are working in partnership with the Welsh government to establish a similar operation in North Wales.”

These outreach activities are a core reason why AMRC currently finds itself on a trajectory that suggests it will have doubled in size within the next five years. “While the outreach projects continue to gain momentum, we are also working hard to meet a growing demand to provide our research services at the point of use, so actually at the manufacturers’ base of operations,” Colin concludes. “A combination of these developments has created a situation where we are now one year into a five-year plan to double in size and find ourselves well on course to achieve this.”