Back to Profile Gallery > Aqualisa

Founded in 1977 and based in Westerham, Kent, Aqualisa leads the market in digital shower technology, which is also referred to as smart showering. The company embodies a strong spirit of innovation and was established with the manufacture of its patented thermostatic, bi metallic Thermocoil valve. This safe, reliable and easy to use and install solution was designed to alleviate the nuances of the British plumbing system and would go on to revolutionise British shower design and manufacture. Today the Thermocoil design remains a strong product and continues to sell well in the market.

During 2001, Aqualisa launched another groundbreaking technology solution when it designed and patented the world’s first smart digital shower. Using a pioneering technology that sees the shower controlled by a remotely sited processor, smart showers have since become an established showering technology in their own right. Aqualisa smart showers are distinct from conventional thermostatic showers, allowing for simple installation, compatibility with all types of domestic plumbing systems, innovative functionality and water-saving features.

The company is today headed by CEO David Hollander who, prior to working with Aqualisa, was Managing Director for the UK and Ireland at Dyson for seven years. Additionally, David has held a number of sales and commercial directorships, including roles at Total Home Entertainment and the Walt Disney Company. Joining Aqualisa during January 2014, David brought with him a wealth of industry experience and a spirit of innovation, which has allowed the company to develop a strong growth strategy despite the lingering effects of the global recession. “My experience at Dyson allowed me to develop a blueprint for leading a growth strategy based on innovate products. Although the business operates within a different market, with different products, I am refining that strategy at Aqualisa,” David reflects. 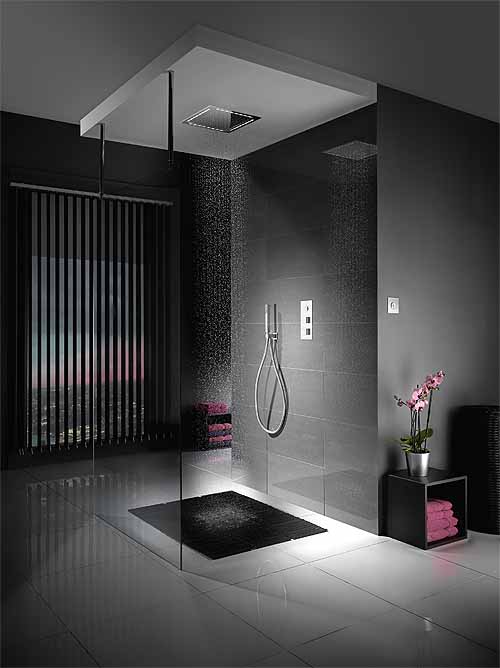 “Before joining Aqualisa, I had no experience in the bathroom market, but I have found that my experience in a number of industries has helped me to take a fresh look at how we do things and so far it seems to be having the necessary impact,” he adds. “Aqualisa has a fantastic brand and great products, which have helped sustain the business during the recession, despite a period of decline. On my appointment my role was to turn the business around by focusing on its key strengths. This meant ignoring all opportunities that were not in the shower systems market and that were not located within the UK and Ireland. This strategy worked and we have now enjoyed two years of growth and expect this to continue.”

During September 2015 it was announced that the private equity firm, LDC had backed the management buyout of Aqualisa from RBS and Sankaty Advisors. The investment of LDC was agreed following 18 months of increased revenue and profit at Aqualisa under David’s leadership, as well as the continued investment into new product launches. Commenting of the partnership with LDC, David says: “This is a vote of confidence in Aqualisa’s future from both LDC and management. It’s the best possible news for customers, colleagues and suppliers. Sankaty and RBS have been very supportive, both financially and with operational expertise over the past three years, consistently showing exceptional understanding of our industry and business goals. Partnering with LDC will allow us to pursue our rapid growth agenda, our obsession with showers and fast-track our ambitions.”

Aqualisa manufactures products like its Thermcoil at its Westerham plant, where it also maintains a small molding facility to ensure the quality and availability of key parts for most of the company’s other valves and showerheads. Aqualisa also imports from trusted suppliers around the world, however unlike many other shower companies it does not buy finished goods, but instead assembles products on site. This practice adds further value to the Aqualisa product portfolio by enabling late stage customisation. In recent months, the strong growth of the business has made it necessary for Aqualisa to invest £500,000 in reorganising its plant facilities. “Our growth has meant that we have needed to take extra space in Westerham, which has given us the opportunity to re-orientate the site to maximise efficiency,” David explains. “We have just signed a new ten-year lease, which is a great commitment to the company’s operations within the UK. Now that we have a growing business and a more efficient site we can look to expand our service.”

Throughout its history Aqualisa has developed products with a variety of features for different market levels and price points. The company’s innovative products are based on original technology, including its latest smart shower, Infinia, for example. Infinia represents a design led product with a low profile control plate of just 2.5mm, which sits almost flush to the wall. It was developed in response to consumer demand for spa-style showers. Through the continued introduction of revolutionary shower products, Aqualisa is keen to continue on its growth path and establish itself as a household name throughout the UK. “We challenged our designers here in the UK to give clients that require an electric shower a choice. Historically the electric shower has been a white box on the wall and owners are spending more and more time and money on personalising their homes to make them as attractive as possible. Two of our design teams competed with external suppliers and developed winning solutions,” David concludes.
“From idea to execution all the work was done here in the UK. I believe that every home in the UK should have a smart shower from Aqualisa. It may take more than five years to achieve that goal, but we are well on the path.”