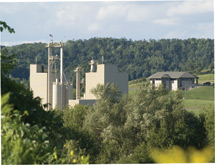 Taylor, Wis.-based Atlas has grown significantly since its inception in 2004, and the company has been tasked with responding to de­mand while ensuring the operation is prepared to support its growth.

“By focusing on serving our customers’ needs and building a unique internal culture, we want to be the No. 1 supplier of resin-coated proppants in the industry,” Executive Vice President Robbie Sage says. “We’re taking a balanced approach to achieve that, and I’m confident about where we’re headed.”

Atlas got its start in 2004, when a couple entrepreneurs app­roached Badger Mining – a producer of industrial silica sand – about constructing a resin-coated sand operation. “At the time, there were only two companies who manufactured resin-coated sand,” Sage says.

“We thought the expansion in 2010, which is located in Merrillan, Wis., would meet our needs for two to three years,” Sage says. “We gained market share during the recession, and determined we had to expand again.” Atlas broke ground on another plant in March, which will be online in September.

“There is a great need in the market for resin-coated proppants,” he ex­plains. “The demand is increasing due to directional drilling and horizontal fracturing used in the production of natural gas. Resin-coated pro­ppants are well-suited for those applications.”

It is not just market demand that has spurred Atlas’s growth, however, it is more likely due to how Atlas is responding to that demand. The company’s products, people and priorities have been long recognized as best in class, and not only by customers. In the last year, Atlas has received the Wisconsin Manufacturer of the Year Award for team commitment to the community and Business of the Year recognition from the Black River Area Chamber of Commerce. Atlas also re­ceiv­ed the Exemplary Employer Award from the Western Wisconsin Workforce De­vel­op­ment Board in 2009.

“We always have been recognized in the industry as having the highest quality,” Sage says. “Recent awards have rec­ognized Atlas for our culture; how we treat our clients and associates and our priorities when conducting business. Our goal is to make clients’ jobs easier by being responsive to market needs, understanding trends and knowing what’s needed in different areas.”

Sage notes that Atlas has about five competitors at this time, but more are coming into the market, and Atlas plans to maintain its share of the business by responding to customers’ needs. The company has many long-term relationships in the industry, and it remains in contact with well operators to understand their long-term needs.

“Often, we’re the first supplier our customers call when they need resin-coated sand,” he says.

“Our curable line of resin-coated sand sticks to the formation and provides improved flow-back control,” he adds. “This is important as the industry shifts to oil plays because customers look for products that add value within these plays.”

With a new facility coming online, the company is working to ensure its culture is strong enough to handle its growth. Primarily, it is making this happen by maintaining a flat organizational structure. Instead of emphasizing job titles, Sage says, Atlas is focusing on teamwork and ensuring associates have ac­countability to one another.

A flat structure, he says, helps everyone understand the company’s expectations and direction. It also empowers associates to take on different roles within the organization.

“I am very proud of our people and culture,” he says. “As we grow, we will continue to make our culture and identity a top priority. People outside of our company are realizing how our unique culture is key to our ability to deliver quality products and services.”