Outside of the manufacturing world, the average person on the street will probably have very little awareness or understanding of what carbon black actually is. It is, however, a hugely important material and one which has played an extremely important role in society ever since it emerged. Carbon black was introduced around the time the paper production method was 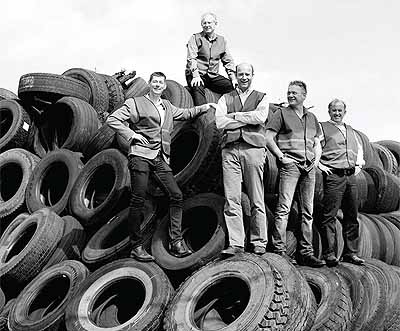 established, later becoming widely used in industries after it was produced through the channel process in 1892 and through the oil furnace method in 1947.

Generally produced through the incomplete combustion or thermal decomposition of gaseous or liquid hydrocarbons under controlled conditions, carbon black takes the form of a black, finely divided pellet or powder, while its use in tires, rubber and plastic products, printing inks and coatings has resulted in current worldwide production topping 18 billion pounds per year. A major issue related to the production of carbon black, however, is the process of burning hydrocarbons. It is estimated that in order to generate one kilogram of carbon black the burning of 2.5 litres of oil is required, which, when scaled up is an incredibly polluting process. Environmental concerns have spurred on innovative companies to look at alternative means of processing carbon black. One such company is Black Bear Carbon.

“It was in 2010 that one of our founding partners, Jan Jonkman, returned from China, where he had worked for 25 years,” begins Rik Leunissen, Director of International Sales, Marketing and Business Development. “During his time working with the importing of waste materials to be recycled in China, Jan saw many processes and industries evolve, but one he never witnessed was the recycling of the large waste stream of used tyres into high value reusable products. It was this significant gap in the market that he wanted to explore upon his return to the Netherlands.

“Having assembled a team of chemists and chemical technologists, Jan and the team set about developing a unique technology that would extract carbon black from end-of-life tyres to the highest possible quality. Over the course of the next five years the technology was refined and brought up to an industrial scale, while at the same time we entered into a joint venture partnership with Kargro, the largest used tyre collector in the Netherlands. This was the final piece of the puzzle needed to bring our first commercial facility into existence in late 2016.”

Responsibility for the construction of Black Bear Carbon’s facility, its subsequent running, and the replication of its model, is Construction Director, Joost Raimond. “It was never my intention to look at our facility as being simply a production plant,” he reveals. “I personally came from an oil and chemicals background, and I wanted to take my years of working with one of the biggest EPCM contractors in the world and apply a refinery-type model in order to shape the facility’s best practices and standards, something which has proven to be very successful.” 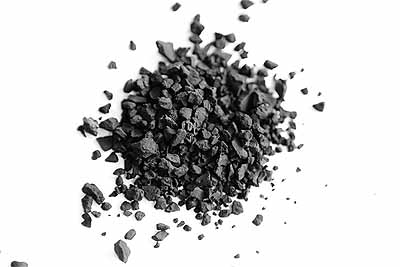 Construction of the facility itself was completed in approximately six months and since it has been operational it has exceeded the expectations of Joost and the rest of the Black Bear Carbon team. “As the first full production plant of its kind, our facility could very well still be considered to be a prototype,” he states. “Bearing this in mind, we fully expected to come across issues and the need to make modifications along the way, but what was most remarkable was how rapidly the facility got up and running, and how it has managed to produce on-spec product consistently since day one.”

Black Bear Carbon’s process uses end-of-life tyres as a feedstock to produce consistent, high quality carbon black, which is then fed back into the product stream by being used in the creation of new tyres. This circular economy approach not only solves an important waste management problem, but it also massively reduces carbon dioxide emissions. The process of capturing carbon black begins with the removal of the steel elements from the used tyres. The rubber element is then heated and broken down into a solid carbonaceous char, before then being reduced into smaller particles through a process of de-agglomeration. The fluffy carbon black is then combined with controlled amounts of water and binding agents in a pelletised mixer, before being dried to leave behind dried pellets that hold together with sufficient strength to withstand packaging and transportation. The end result is a product that mixes mechanical and dynamic reinforcing characteristics with extremely low polycyclic aromatic hydrocarbons (PAH).

“Understandably this is an intensive process, yet we have been able to successfully devise and utilise a fully automated system that can run continuously with only two physical operators on shift to oversee things,” Rik enthuses. “Our highly synced process means that our current facility allows us to process 15,000 tonnes of tyres per year, which roughly equates to between 1.5 and two million individual tyres. From this amount, we are able to decompose around 5000 tonnes of carbon black, 4200 tonnes of oil, 3000 tonnes of steel and 2800 tonnes of gas.”

The company estimates that the number of used tyres that can be found around the world would presently accommodate up to 1200 of its facilities, 200 of which could be based in Europe. “Interest in our capabilities and in potentially setting up new facilities has been coming in from left, right and centre since we opened our first facility a year ago, from potential partners in Europe, Asia, the United States and the Middle East,” Joost says. “What we need to do now is identify the best market for us to grow into, preferably one where we can forge a relationship with a local partner with local knowledge and access to a continuous stream of tyres. This would be an excellent way of getting a head start ahead of possible construction. In the meantime, we will be putting a great deal of work into building our construction and engineering teams with a view to shaping an organisation that has the ability to commission and build a number of new facilities in parallel, which we believe is a capability that the company is only a matter of time away from being able to deliver.”