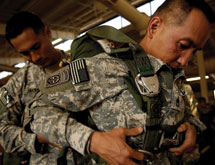 The three divisions that make up Capewell Components Co. LLC may each produce different types of products for their own markets, but when it comes to manufacturing methods and philosophies, they’re all on the same page. “Even though we are three separate and unique divisions, we interact all the time and consider ourselves to be the Capewell family,” says Richard Wheeler, president of the Cromwell, Conn.-based company. “Even though all our operations are different and all the industries we serve are different, we’re still able to combine best practices in quality, engineering, operations and marketing.”

The company has its origins in the Capewell Company, founded in 1881 as a manufacturer of horse nails and saw blades. Capewell Components Co. today consists of three divisions:

Both the Capewell and M.H. Rhodes Cramer divisions manufacture products from plants in South Windsor, while the Ripley Company’s production is in Cromwell, Conn.

While the M.H. Rhodes Cramer Division, Capewell’s smallest, has a number of larger competitors, the Ripley and Capewell divisions are among the largest in their respective industries.

The Capewell division’s primary products are parachute releases and ripcords used to drop personnel from military aircraft. The division also manufactures aerial delivery platforms used on C-130 and C-17 cargo aircraft and emergency descent devices used by commercial airlines. The emergency descent devices can be found on both Boeing and Airbus aircraft including the 787 Dreamliner.

Capewell is also a member of Aerospace Component Manufacturers (ACM), a collaborative of a number of companies based out of central Connecticut and western Massachusetts. The area is known as “aerospace alley” for its concentration of companies serving the industry.

The division continues to produce the products for which it was created as well as more technologically advanced versions of the same items, such as digital and programmable timers. Many of the timers and switches produced by the Rhodes Cramer division are used to dim or shut off lights in homes or offices, a function that makes them sought after by builders seeking to build energy- efficient homes, Wheeler says.

The Ripley division manufactures tools under three brands. The Miller® brand of products is comprised of tools for the fiber optic and telecommunications industries and offers wire cutters and slitters for all types of small wires, cables and fiber optic cables.

Capewell Components Co.’s diversification across industries has allowed it to manage through the post-recession economy. “I think the uniqueness of our company is we tend to have very controlled growth in that when the commercial market is up, the military market is down, and the reverse is also true,” Wheeler says. “We’ve developed the umbrella organization around this controlled growth so it would be manageable for us.”

All three divisions are served by a single corporate structure that includes human resources, accounting and information technology and facilities functions. This allows the company to spread the funding needed for those functions across all three divisions, eliminating redundancies and allowing for greater operational efficiencies, Wheeler says.

All three divisions adopted the principles of the Toyota Production System (TPS) – including kaizen events, value stream mapping and A3 problem solving charts – to guide their manufacturing efforts. Metrics are closely followed for quality, capacity and on-time delivery.

Wheeler credits the company’s suppliers with helping it reach its high quality and on-time shipping standards. New suppliers are required to meet a number of metrics including delivery time, price and quality, and are scored by Capewell Components based on these factors. Suppliers are also required to develop risk-mitigation plans.

Employees in all three of Capewell Components’ divisions receive 90 days of training after their hire and 12 hours of annual training, which helps them keep their skills sharp. The company has a turnover rate of less than one percent per year. “When people come here to work, they tend to stay,” Wheeler says, noting the average employee tenure is about 20 years. “I’m most proud of the people we have here – we have a very innovative and creative workforce.” mt