Back to Profile Gallery > CEPC 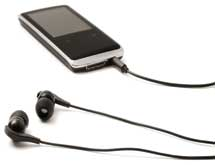 Gone are the days when Japan was the leader in electronics manufacturing. Gaining its foothold in the nano­technology scene is 10-year-old CEPC – Canadian Electronic Powders Corp. – a Saint-Laurent, Que­bec-based manufacturer of nickel electronic powders. CEPC targets high-end, high-capacitance miniaturization electronic markets, such as iPods, mp3 players, mini-notebooks and other high-value products that require miniaturization.

The company’s business is divided into three major market segments:

CEPC is the only non-Japanese pro­ducer of nickel electronic powders actively competing in the high-end market segment. Breaking the norm is not easy, however. “We are a North American company competing in a Japanese market,” President Frank Komsic says. “You can just imagine our challenges. The Japan­ese are nat­­ionalists – they traditionally would only purchase from their own.”

But focusing on quality has made CEPC a leader in the market. “We have established ourselves as the No. 1 producer of [nickel electronic powders] products for the current and next generation users of high capacitors,” Komsic adds. “That was one of our missions – we said we will be the No. 1 quality producer, not the No. 1 in volume.”

In addition, being detail-oriented helps CEPC compete. “Plasma vapor base has intrinsic nature, and it produces products with specific properties required by chip manufacturers to allow them to produce these high-cap chips,” Komsic explains.

CEPC’s reputation in the industry speaks for itself.  Unlike its competitors, the company does not need a Web site to market itself. “Since the market we are focusing on is so small, we maintain a 100 percent commitment and we focus our full effort to that market,” Komsic states. “We felt like the players already know us and we knew them.”

CEPC has been so focused on its expansion activities that its 10-year mark was a blur, Komsic recalls. “We didn’t do anything [to celebrate] be­cause we’ve been so busy,” he states. “But also, with the economic market last year, we had the challenge of letting go a portion of our work force.”

However, even with some challenges, CEPC shifted its attention to improving its products.

“We are cons­t­antly working to improve our throu­gh­put in our existing mac­h­ines,” Komsic states, noting that in 2009, the company increased its cap­acity by 25 percent.

CEPC uses a “mix mode” approach when it comes to R&D, Komsic de­scribes. “We approach it by applying R&D activities in our existing commercial equipment for the existing commercial products,” he states. “We would weigh the risks and the benefits. Of course, the immediate risk is complete failure of the product run. But we would look at that, and do what we need to try and collaborate with clients.

“We are aware of the possibilities of failure, but we also explain the benefits. Usually, the benefits have savings associated to it.”

CEPC was initially part of Noranda Alu­m­inum Holding Corp.’s advanced materials division. At the time, CEPC was one of the electronic powders businesses under the Noranda division. The company was bought out in 1999. “The technology and prototype we were developing to make a brand-new powder was already in the works,” Komsic recalls, noting that CEPC patented its new process and technology. “We were one of the only ones to produce tons of product using DC plasma-based furnace or plasma vapor phase powder generator.”

Establishing its name in the industry took some effort, as well. “In the BME-MLCC market, we are a small fish competing against large-volume producers,” Komsic notes. “For pot­ential customers to convert to us, it would have to be a small production line where the information has not been revealed to their existing clients. Otherwise, [the suppliers] will try to price us out or bully our clients.”