Back to Profile Gallery > Circular Computing

Decarbonizing the IT world
Following a landmark, first-of-its-kind BSI Kitemark approval for the remanufacturing of used computers last year, Circular Computing is proudly disrupting upgrade culture with its robust, innovative, and yet decidedly simple sustainability mission
Who doesn’t love a new laptop? The keys clack with a resounding freshness, the screen appears to sparkle with phosphorescence, and the scratch-free aluminum casing seems to glisten in the light. However, buying a new laptop has a bigger carbon footprint than you might think.
In fact, the amount of carbon dioxide produced throughout computer manufacturing is surprisingly staggering. Fortunately, though, one carbon-neutral pioneer, Circular Computing, is on a mission to change that.
Before diving into its decarbonization drive, let’s pause and reflect on the figures involved in laptop production. To manufacture the necessary components in one laptop, more than 1200 kilograms of material resources are mined and consumed. Furthermore, over 190,000 liters of water are used for extraction, refining, and production purposes. That’s enough drinking water to keep the average US citizen going for 700 years. One laptop. When a medium- or large-sized business begins to procure thousands of computers in bulk, these figures start to swell and surge. Yet the answer to this unsung waste disaster, as Daniel Ward-Murphy, Marketing Director at Circular Computing, informs us, is simple: remanufacturing.
For those unaware, remanufacturing is the process in which a used or second-hand Original Equipment Manufacturer (OEM) product is returned to a performance standard that is either equal to or greater than the initial item, as well as being guaranteed with a warranty that matches that of the OEM. From a consumer point of view then, individuals shouldn’t be able to notice any differences between a remanufactured laptop and a new one. Apart from delivering equal if not better quality, the process also critically prevents the consumption of additional resources in new manufacturing and averts large amounts of e-waste from going to landfill every single day.
As Daniel asserts, Circular Computing’s extensive 360-point remanufacturing process saves around 316 kilograms of CO2 emissions per laptop, and once it has carried out that process for 1000 items, the amount of CO2 saved is equal to taking 80 cars off the road for an entire year. Furthermore, for every computer sold, the company plants five trees in areas and communities that stand to benefit from reforestation. So far, it has helped to plant nearly 300,000 trees in Africa, India, and the US. 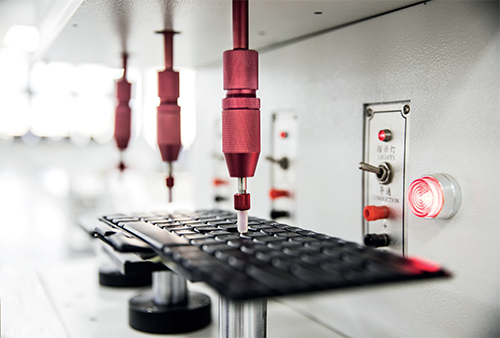 “It’s important to understand the context of the laptop market,” explains Daniel. “Our company was born in the 1990s, and at that time we were simply taking second-hand IT and selling it on for a small margin. These were often relatively new computers no longer wanted in developed countries like the US and UK, which we would then sell to developing countries, where there was demand for that technology and typically it may be used for an extended period of time. However, as computers are now advancing more slowly, there is much less reason to upgrade – unless something goes terribly wrong.
“In our culture, though, there’s still this pervasive and habitual inclination to upgrade,” he continues. “The impact of that behavior on the environment is colossal: the vast majority of computers end up in landfill somewhere very far from home. So, in the mid-2010s, we seriously started looking at the viability of the remanufacturing model, turning used items with a residual value into something that performs like new. We built and opened the world’s first dedicated remanufacturing facility and that state-of-the-art space and our development efforts have since enabled us to achieve a BSI Kitemark, categorically stating that our laptops are equal to or better than the OEM item. These laptops, which are taken from inspection and disassembly to remediation and testing in our new facility, don’t just cost less, they’re also significantly more sustainable.”
In Circular Computing’s 360-point remanufacturing process, around 99 percent of the laptop and its components are recycled. The remaining one percent is then turned into plastic pallets, beginning a new life for the materials once more.
As Daniel aptly points out, unlike in other areas, where consumers often pay a premium for a sustainable solution or item, the remanufacturing model means people can expect to pay up to 40 percent less. “We’re on a sustainability journey, but we’re also on a product journey,” he reflects. “We’ve worked with some big companies, including Balfour Beatty, as well as numerous schools and councils that not only want to save money, but also want to promote more sustainable behavior.”
In the UK, for instance, Circular Computing recently partnered with Bristol City Council to procure and supply remanufactured laptops as part of its sustainable IT infrastructure overhaul. The council wanted to maintain operational efficiency and output levels while adhering to its green guidelines. Needless to say, Circular Computing delivered – and the numbers speak volumes.
By bringing Circular Computing on board and refusing to replace existing IT infrastructure with new OEM equipment, Bristol City Council prevented the emission of 456,000 kilograms of CO2 equivalent greenhouse gases, sequestered a further 720,000 kilograms more, and saved 228,000,000 liters of water from being used during the production of new materials.
In all, the council recycled and thus diverted 1,440,000 kilograms of e-waste from going to landfill – and that’s just one example. However, due to deeply ingrained habits cultivated by organizations that stand to benefit from upgrade culture, there’s still a discernible resistance to remanufactured computers.
“The further away from the public sector we attempt to go, the less uptake we’re seeing,” reveals Daniel. “Though private companies can significantly decarbonize their IT operations with our help, there’s just not as much incentivization in that sphere. In governments, councils, and educational institutions, leaders have to follow set strategies and guidance; whereas, many private businesses are not part of that environmental journey. Yet, as a species, we’re simply overusing the resources we have, and something needs to change.
“Ultimately, we’re just a small company with a bold mission,” he goes on. “There are only about 200 of us, but we still have a Head of Sustainability, and countless others who are passionate about our cause. In non-core hours, for instance, we engage with panels and interviews, and work with institutions like Cranfield University, who are currently investigating the environmental and financial equation of the remanufacturing model. Though we’re a small company, our mission is part of a much larger one – and it doesn’t concern products. It’s about perception. It’s about changing behaviors that threaten our planet. It’s about people doing something different than what they did yesterday. In the next five years or so, we hope to see more people, companies, and organizations make this small change, and our purpose-built facility will be there – ready and waiting – for it to be adopted at scale.”
Circular Computing
https://circularcomputing.com
Products: Remanufactured computers