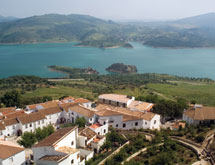 José Leylao, general manager for Corporación Eléctrica Nicaraguense SA (CENSA), a privately owned electrical provider in Nicaragua, admits that after 40 years of power generation, nothing gives him more satisfaction than seeing the effect electricity has on families. “I cannot forget the happy faces of women and children when they first realize they have light and electricity in their houses,” Leylao admits.

The electrical engineer has been part of the Nicaraguan transition to privatize power plants that started to take shape in 1997. “CENSA was the first private company that started commercial production of electricity in Nicaragua,” Leylao explains.

CENSA faced its first challenge when it purchased its current plant in 1998. The company soon found out that the power plant was in poor condition, with most of its production capacity out of order. It was a combination of investing in the right technology, the hard work of its employees and the right partnerships that pushed CENSA ahead.

“In less than one year we had recovered 100 percent production levels,” Leylao recounts. “That was a big challenge for us from a financial, technical and labor standpoint. The new investors injected liquidity to the plant and the employees worked continuously. We didn’t have to hire anybody externally to help; they did it all themselves.”

The production that year went from 30 to 57 megawatt electrical (MWe). Today, CENSA provides between 6 and 7 percent of the electrical energy produced in Nicaragua.

CENSA produces electrical energy using fossil fuels. “We depend on the stability of the international price for oil, which has been increasing in the last couple of years,” Leylao explains. “This has made our production more expensive.”

To alleviate the negative impact of fuel rising costs, CENSA is working to find ways to maximize its production at the current oil prices. “We have Caterpillar motors with internal combustion that operate with oil,” Leylao explains. “In the last two years, we have been experimenting with new fuel additives that might extend the use of the oil. We are also working with some U.S. companies trying to find equipment that might help us produce the same [kilowatts] with less fuel.”

Following a government push for sustainable energy, CENSA has started investigating the possibility of using solar power. “We have done some studies, but the data we have indicates that this is not the best time for us to make that type of investment. It is definitely a project for the future,” Leylao explains.

Until last year, 70 percent of the electricity produced in Nicaragua was generated by fossil fuels. In 2012, that percentage dropped to 50 percent fossil fuels, 50 percent renewable energy.

“We at CENSA believe that there will be a market for us for years to come supplementing renewable production,” Leylao says. “There are several factors that impact production of renewables negatively that do not affect us, such as a drought for hydroelectric production.”

CENSA has a contract with electrical distributors Dissur and Dissnorte, owned by Gas Natural, which will expire in three years. The company is evaluating its options for the next step when the time comes.

“The investment we’ve made in our equipment makes us feel confident that we can be in production for another 10 years,” Leylao says. “We have some interesting possibilities for the future. We can negotiate an extension on our contract, we can sign up with some industrial clients, or we can look for clients outside of Nicaragua.”

The possibility of looking for international clients became available when the first phase of the Sistema de Interconexión Eléctrica para America Cenral (SIEPAC) was completed in June 2012.

SIEPAC will update and connect transmission lines throughout six Central American countries: Nicaragua, Panama, Costa Rica, Honduras, El Salvador and Guatemala. The project is expected to alleviate some of the power outages that affect the region and optimize the use of hydroelectric power. The system will allow 300 MWe of transactions in its first phase.

CENSA is counting on its employees to keep growing and evolving. “We invest in our employees with training courses and a system of promotions that let people grow professionally,” Leylao explains.

The dedication to its workers yielded unexpected benefits when the plant had a setback in July 2012. “We had a fire in the plant that damaged half of the equipment,” Leylao says. “Our employees didn’t hesitate to work day and night until production was back up to speed a month later.”