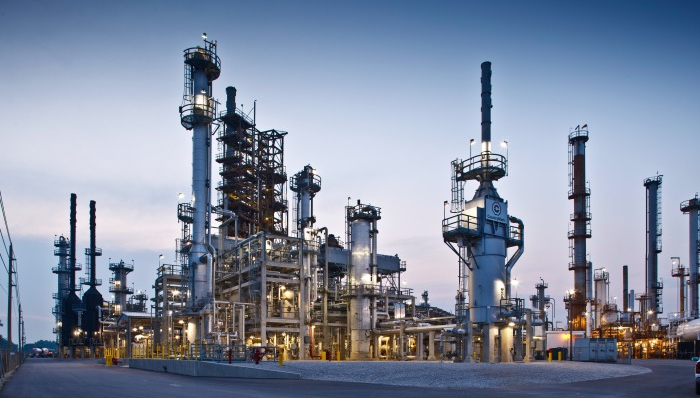 Conventional wisdom holds that if “it isn’t broke, don’t fix it,” but that’s an oversimplification, especially for an operation as complex as CountryMark’s. The Indiana-based oil refinery processes approximately 28,000 barrels of crude oil each day and produces nearly 450 million gallons of gasoline and diesel fuel each year for the farmers that make up its cooperative.

Although CountryMark is successful, leadership determined that it was necessary to drive down costs and improve the reliability of its refinery even further. That’s why CountryMark recently implemented what it calls its WorkPlace Excellence Program, and the company says its success has been based on the principle that if the company eliminates failures through preventive maintenance and reliability engineering, it becomes proactive instead of reactive.

CountryMark is one of only two oil refineries in Indiana, and the fuel it produces is used by nearly 65 percent of farmers and 60 percent of school corporations within its service area. That service area includes Indiana, Illinois, Michigan, Ohio and Kentucky. As of 2015, CountryMark was ranked as the 10th-largest private company based in Indiana, and it has been operating as a cooperative since 1919.

In addition to refining crude oil at its facility in Mt. Vernon, Ind., CountryMark also specializes in oil exploration and production. The company manages nearly 1,400 oil wells in six states that produce about 2,500 barrels of oil a day. The company’s full integration is one of its strongest advantages, providing it with the ability to supply its customers consistently and effectively.

Although CountryMark continued to be successful, the company’s leadership identified maintenance as an area where it could drive down costs without negatively impacting its performance for its customers. According to Mike Willman, turnaround manager and facilitator of the WorkPlace Excellence Program, the goal was to cut down on the amount of reactive maintenance work.

By waiting for equipment to break down before maintenance was performed, CountryMark experienced unexpected delays and interruptions in performance. “Before we started this, we were at approximately 40 percent reactive work,” Willman says.

Shifting the company’s maintenance from a reactive model to a proactive one that emphasizes preventive maintenance has required a significant change in thinking throughout CountryMark’s entire organization, all the way down to the operators using the equipment. Working with consulting firm Life Cycle Engineering to develop and implement the WorkPlace Excellence Program, the company has been able to make substantial changes and become a much more efficient operation than in years past.

The most important aspect of how things have changed through the WorkPlace Excellence Program has been a new system, To-Increase Enterprise Asset Management, for communicating and scheduling maintenance work. Rather than performing maintenance mainly when equipment breaks down, CountryMark’s work-management team plans all non-emergency maintenance work and follows a schedule determined by the operations group. “Now pretty much everything has a work order,” Willman says. 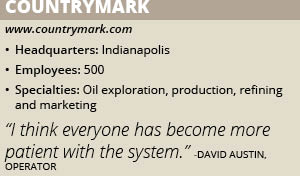 A clearly defined system for work orders also has made for great improvements in CountryMark’s inventory management, according to Shop Supervisor Michael Brown. He says that under the company’s new system for scheduling work, the inventory and stock room attendants are included on the work order, meaning they can set aside all the necessary parts in a kit that will be ready to go as soon as the work is scheduled. This saves CountryMark time that it used to waste gathering parts and components under the reactive maintenance model.

Under the WorkPlace Excellence Program, CountryMark’s operations group performs care rounds at the refinery every day, identifying equipment that may need repair and prioritizing it on a scale of 1 to 5. Repairs that don’t require immediate attention due to safety or shutdown concerns are given a 3, 4 or 5 priority, while emergency maintenance is prioritized as either a 1 or 2.

Once the repairs are identified and prioritized, the planning group creates the necessary work orders, forwarding them to the stockroom attendants for kitting. A complete schedule for all work scheduled for the upcoming week is posted on Friday.

According to EAM Coordinator Leslie Alton, the work order system is organized through an enterprise resource planning platform, which allows the craftspeople responsible for performing the work to update the work orders with their notes to create a complete record of all work. This makes it possible for CountryMark to track the maintenance histories of all of its equipment and identify equipment that needs to be replaced or modified to improve performance. Refinery Operations Manager Sam Nicotra says this has helped increase productivity because the scheduling of work is more defined and there is a clearly defined record of all work being done.

Implementing a change as substantial as the WorkPlace Excellence Program is no small feat, and Operator David Austin says the culture change involved has been one of the most challenging aspects of the entire initiative. He says the most difficult portion of the culture change was getting everyone to understand the value of prioritizing and scheduling maintenance work ahead of time, rather than interrupting work to perform repairs. Under the company’s reactive system, Austin says, there was a tendency to treat every repair job as an emergency.

Thanks to the hard work of everyone involved in implementing the program, however, Austin says CountryMark’s workforce now has a clearer understanding of how jobs should be prioritized. “I think everyone has become more patient with the system and only puts through the 1s and 2s that are true emergencies,” he says.

Although the WorkPlace Excellence Program has made significant improvements to CountryMark’s refinery operations, Alton says the company still has some areas it wants to focus on improving. “All of our processes are considered implemented, but we do have some areas where we need to make some improvements,” she says, noting that the company continues to work with its suppliers to better identify spare parts.

By continuing to focus on implementing positive changes along with the positive changes it already has made, CountryMark expects the future to be bright. “It’s taking the recommendations that Life Cycle Engineering has sent to us and improving on those so we can obtain a higher score on their Reliability Excellence scale and see even more efficiency improvements,” Alton says.