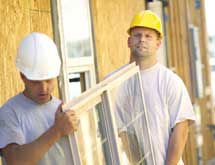 As it celebrates its 25th anniversary, Custom Window Systems Inc. relies on its new products to drive growth. The last quarter of 2010 was a busy time for the company, President and CEO John Cwik reported in the company newsletter, and he said he feels as if the economic downturn is ending. The firm displayed three of its new products at the International Builders Show in Orlando, Fla., in January 2011, and its products were included in two model homes built on the show site by Palm Harbor Homes.