Dura Automotive Systems has won a number of major awards in recognition of its highly focused investments and improvements, which are propelling the company forward 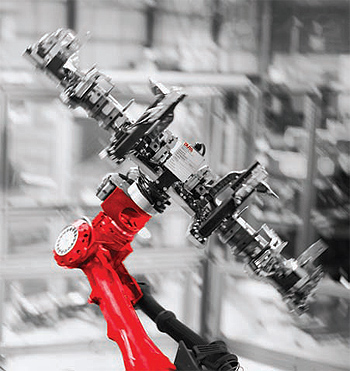 integrated glass systems, and it provides this range of services to customers which include major international car brands. It has a depth of expertise that it applies to this industry, and a prime example of its capabilities is the manufacture of full door and door structures, which are notoriously difficult and present a number of challenges in terms of tolerances and welding.

Dura Automotive also provides its services for a globally recognised vehicle model, made famous in a well-known heist film. For this vehicle the company provides the majority of exterior trim on plastic areas of the vehicle, and due to the very visible and prominent position of this project it is essential to be well finished. This demonstrates the quality, reliability, and high standards that the company is known for and consistently achieves, which is indispensible to its customers. This point was something Plant Manager Martin Dinsley added to: “We have an amazing degree of control over the machines, the equipment, and the process, and we do that really successfully, and is something we are very proud of.”

The ability to meet exacting standards within every project is a testament to the innovation and expertise that runs throughout the business. It continuously pushes forward with new ways to evolve and improve, which has been a key theme of the company over the past few years. It was also an area that Martin discussed: “We encourage our people to innovate, and as a result there is always a constant stream of ideas, and we actually have an aim to achieve 450 documented completed improvements this year, it is a good indicator of how engaged our people are with making the business better. Every month staff will put forward completed changes, and these can be minor to major things, for example changing pictures in the toilets, to improving the productivity of our machines.” This approach is indicative of the overarching culture at Dura Automotive, which is one of community, quality, and progress. This is a key strength of the company and has supported it in achieving many impressive accomplishments, which includes reaching peak sales of £47 million in 2016, and the successful completion of 13 projects in the past four years, as well as a string of prestigious awards.

In order to support forward thinking innovation and foster a culture of constant improvement Dura Automotive has made significant investments, which Martin provided information about: “Over the last four years we have invested 15 million pounds in new plants and equipment, this includes a number of high end large injection and moulding machines that inject two materials at once, this state-of-the-art technology also includes new eco drive systems and full system integration. The new machines have come from premium manufacturers in the German and Austrian machine-building sector. However, we have also taken the time to rejuvenate the infrastructure, and that includes ensuring that the environment excels for our staff as well. This has taken many forms, such as market leading chillers, new air distribution networking, plus renovated canteen and offices.”

The investments of Dura Automotive continue into other areas as well, and it has a significant drive towards sustainability, which has seen the company work on a number of initiatives to drive down energy and water use. For example, the business has now saved over £250,000 of energy on an annual basis, and in total over a £million. This is something it continues to focus on and as such has undergone the installation of energy efficient lighting in its factory, as well as the installation of sensor taps in all of the toilets. The result of which is its water usage and 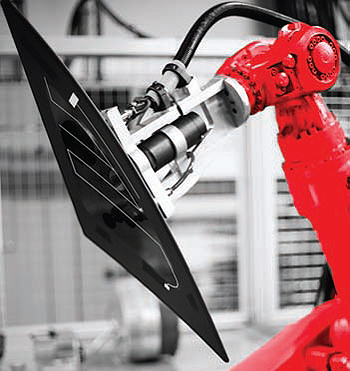 water heating has been reduced, and this has saved four per cent so far, however this is predicted to reach at least eight per cent savings by the end of the year. The many developments at the company are underpinned by a common attitude and culture that runs through every member of staff at Dura Automotive, which Martin highlighted: “It comes from the top down, and that sustainability is the responsibility of everyone and not just a single person that is given it as a task on their own. It needs to be integrated within the management structure, and embedded across all areas, such as the financial perspective, customer perspective, internal perspective, and the learning and growth perspective. It is not something you do when you have time as an add on, instead it is something that you do all the time.”

Due to all of these improvements, investments, company ethos, and quality of staff at Dura Automotive, it has recently received impressive recognition for its hard work. At the 2016 TMMX awards the company received the award for Sustainable Manufacturing, World Class Manufacturing, People and Skills, plus The Manufacturer of the Year. Each one in itself is a huge achievement for any company, however to win three, as well as the overall winner, not only demonstrates how far the business has come, but also how far it is going. It will also no doubt make Dura Automotive an even more attractive prospective to OEMs when they consider future projects. Every member of staff throughout the company was instrumental in its success, and all got the chance to hold the awards and share in the success. However, in addition to crediting everyone at Dura Automotive Martin did highlight one person in particular: “Alison Dowd really drove the peoples and skills aspect of what we have been doing at Dura Automotive, and we would not have won the overall award if it was not for the work we did there.”

In addition to these major achievements the company also plans to continue its improvements and adoption of the latest tools with the use of collaborative robots, which will help to make the business more competitive on future projects. Furthermore, it will be focusing on smart technology in the coming years, with a target of reaching 100 per cent of its machines on smart meters by 2017, as well as the inclusion of smart flipcharts and smart meeting boards. All of which will help make Dura Automotive one to watch, not only by excelling in sustainability, people and training, but also in utilising the latest technology. For all of these reasons and many more Dura Automotive will no doubt enjoy an increasing amount of success and awards in the future.