Back to Profile Gallery > Elddis

As a leader in the UK caravan industry Elddis has been no stranger to success over a history that extends back to 1964. However, over the last five years cutting edge innovation and continuous development has defined a new era of success, one that has transformed the company’s offering to the market and puts it at the forefront of the industry. Elddis’ range currently consists of a number of tourer models under the Elddis, Compass, Xplore and Buccaneer brands, plus the Elddis collection of motorhomes. The offering covers a broad spectrum of budgets, berths, layouts and finishes, between them boasting a number of top sellers and award winners, but it is the business’s innovative SoLiD Construction system that has been the real driving force behind recent sales growth. 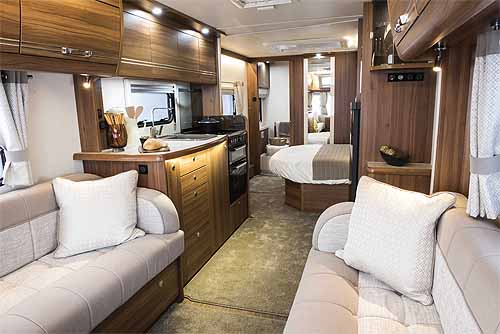 Operating out of a 27-acre production facility in County Durham and manufacturing all timber components from furniture to external panels, Elddis’ coachbuilding expertise is second-to-none. In 2010, after an almost-chance encounter with supply partner and adhesive specialist Henkel, the company began testing adhesive fixing for certain components in an attempt to improve aesthetic appeal. Unexpected and positive results followed, as too did a process of testing adhesive in place of mechanical fixings on a number of other components. “At this point our partners at Henkel started discussing the idea of substituting many of our mechanical fixings with adhesive solutions,” explains Associate Director and Head of Manufacturing at Elddis, Gary Jones. “However, wanting a bit more of a ‘WOW-factor’ that would have a big impact on the market, I was a bit unsure until Henkel suggested that we could bond the whole thing. Thus, SoLiD Construction was born.”

Standing for Stronger, Lighter, Drier, SoLiD is the biggest single change to the Elddis business for a number of years and represents true innovation within the industry. “Essentially what we have done is replaced close to 100 per cent of all viable mechanical fixings such as screws and bolts and replaced them with an adhesive bonding technique,” continues Gary. “This is a system not too dissimilar to the tried, tested and trusted bonding methods used in Formula One, super yachts and aeroplane fixings, so it has a reputation for being highly effective.” By spreading structural stresses evenly across all joints, the integrity and rigidity of Elddis vehicles has been vastly improved, hundreds of mechanical fixings have been removed resulting in unprecedented lightness, and an impervious barrier has been formed against water ingress.

“In April 2011 we completed our first prototype in co-operation with Henkel technicians and began thorough testing. Despite initial scepticism by some in the company, the caravan remained structurally sound throughout the testing and many of our operatives became convinced that it was a viable alternative,” Gary says. This heralded a complete and uncompromising change within the business, which has been supported by consistent and relentless testing and development.

So far, £1.3 million has been invested into full training – including that of the Retailer Network – and in facility upgrades to aid the transition. In 2012 SoLiD Construction was launched on all caravans and motorhomes and, to date, the company remains the first and only manufacturer to structurally bond every one of its vehicles.

“Development continues and Henkel won’t allow us to introduce any new components into the range without their sign off, so everything is fully tested before it reaches the market,” points out Gary, who has always been keen to allay any fears consumers may have about the lack of mechanical fixings. “In April of this year we took ‘Neptune Nine’ (our ninth prototype model) out to the Markbronn testing facility in Germany for further testing of new parts.” 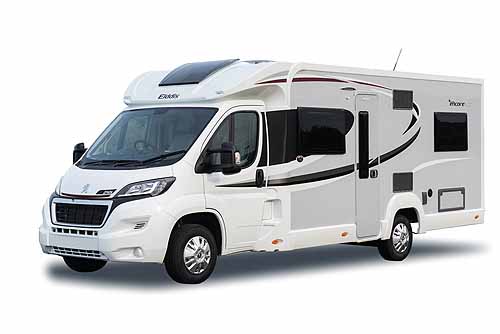 Over the course of three days ‘Neptune Nine’ underwent a full lifecycle test on a number of aggressive surfaces and a highly demanding rolling road facility, ultimately passing with flying colours. After 250 laps of the circuit and a 10,000km rolling road test, the vehicle was pushed to its limit, covering over 250,000km of real world, UK road conditions remaining structurally safe and sound, with no new part failures. However, despite such success, Elddis continues to forge ahead and continues to use the data collected from the testing to drive more and more improvements into the construction system, creating an ever-impressive, ever-innovative range of products.

Supporting this development, Elddis has also worked closely with its retail and service centres around the country to undergo the single largest training programme ever seen in the caravan industry. “Over the course of our testing and development, one key element that we had to design into the new structure was reparability, and therefore insurability, as accidents do inevitably happen once vehicles are out on the road,” says Gary. “In order to support this we have now trained, and continue to train, nearly 300 people from the retail network, to fully understand the bonding methods, the materials being used and how to take apart and repair the vehicles. They are then certified and approved by us to carry out the work that they will inevitably come into contact with on a daily basis. It is vital that we can provide this to our end-customers.”

Now with four years of retail sales behind the company, SoLiD Construction is living up to its name, becoming the benchmark for build quality.

“Whether buying for the first time or upgrading from another product, customers are asking for SoLiD by name. Buying a caravan or motorhome is a considered purchase and our customers are clearly doing their research and asking all the right questions,” says Gary, who attends all of the company’s shows and events with the SoLiD Construction team.

With a sold out order book for another year on the 2016 models, the business is in a healthy position and Gary notes that the only challenge facing the company in this respect is how to increase capacity and build more to cope with rising demand. “They’re good problems to have though!” he concludes.