Back to Profile Gallery > Forward Sports

Having successfully provided around 3000 balls for the 2014 FIFA World Cup, Forward Sports was contracted to supply the 2018 World Cup event in Russia, too

The mere sight of a football has the power to boil the blood of anyone enchanted by the beautiful game. Millions of people all over the world worship the leather sphere when they see it being 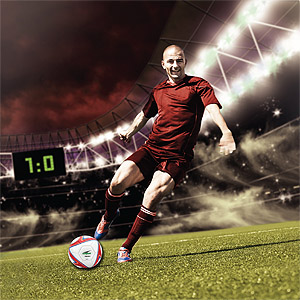 passed around by the world-class masters on the finely trimmed pitch of a lustrous stadium. Once every four years, the everyday world comes to a standstill for a month in the summer, giving way to the seemingly endless carnival of colours and emotions that the most spectacular event in football – the FIFA World Cup – kicks off in almost every nook and cranny of the globe.

2018 is one of those years football lovers have been waiting for impatiently, probably since the last image of the German players celebrating their fourth world title in 2014, was swept aside by the return of ordinary in life, once the competition was over. But it is time to be cheerful again, as the 21st edition of the World Cup approaches fast, and fans will once more be spellbound by the movement of the ball.This year’s tournament will take place in Russia and will be the second in a row for Pakistani manufacturer Forward Sports to provide the official ball of the competition. Having produced a total of over 3000 Brazuca balls for the World Cup in Brazil four years ago, the company was contracted as one of the main providers of theTelstar 18 model,which pays homage to its ancestor, the classic Telstar ball first used in the 1970 World Cup.

“One of the key features of the new ball is that we used recycled PET bottles in the foam core, which underlines our devotion to sustainable practices,” Managing Director and CEO of Forward Sports, Masood Akhtar tells us.“We also made sure to increase the ball’s durability to external pressure, and also its consistency to bear extreme temperature conditions, especially very cold weather.” Masood singles out the feedback of players the company receives, as an important factor that continuously helps Forward Sports manufacture even better products.To support this statement with evidence, the new ball for the World Cup has been praised by no other than the finest player in the world, Barcelona and Argentina’s Lionel Messi, who has already expressed his satisfaction with the overall quality of the ball, having been given the chance to try it out several months before the event.

Forward Sports hails from Sialkot, a city that has gained recognition for its entrepreneurial spirit and favourable business climate, which has turned it into a prominent manufacturing hub in the recent past. Indeed, Forward Sports has contributed significantly to that reputation, having grown into the world’s largest manufacturer of footballs, with the capacity of producing 750,000 balls every month. Additionally, the company offers other types of sports equipment, such as Volleyballs, Handballs, Sports bags, and Goalkeeper gloves. Naturally, given the scope of its activities, Forward Sports is also one of the largest employers in the region of Punjab, as some 3000 people work for the company, including 500 women, a true rarity for the area. 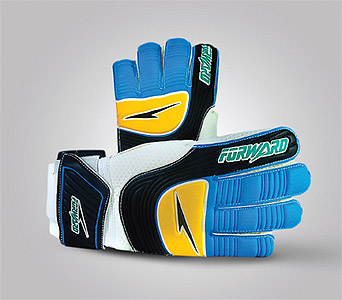 Known for embracing innovation and new technology, Forward Sports has introduced new principles to its manufacturing processes in recent years. “For example, we began using digital printing in our footballs and also switched to laser cutting of football panels. As I mentioned above, we incorporated the use of foam core, too, instead of rubber bladders, which can be seen in the 2018 World Cup Mini ball,” Masood explains, sharing the business’ aspiration to automate the manufacturing process further in the near future.

It is perfectly intelligible that the company is constantly being pushed to develop new ways of making its products, as Forward Sports boasts a multitude of clients, each and every one presenting a different set of requirements for the company to meet.“The difference is due mainly to the diverse climatic conditions in which competitions are being played.The game standards are also a factor,” Masood comments. Forward Sports makes balls for two of the strongest domestic leagues in Europe – the German Bundesliga and the French Ligue 1. On several occasions, it has also delivered footballs for the most prestigious club competition in the world – the UEFA Champions League.

Masood recognises the company’s R&D team as a core strength of Forward Sports, and one of the key drivers of growth in the nearly 30 years of its existence.The division complies strictly with FIFA standards to maintain the best quality of the balls it produces, following a series of tests during the process of manufacturing. Examples of these include tensile testing, thickness and weight testing, and circumference and air retention of the bladder testing.Working with renowned clients is another benefit for the R&D team, as it gets support and know-how from major brands in the sports industry. Forward Sports has supplied footballs to household names, such as adidas, Diadora and Lotto, thus receiving the opportunity to get familiar with the methods used by these manufacturers. Similarly, it has been able to exchange best practices and experiences with other suppliers, helping itself to gain precious insights into what is trending in the sector, to ultimately lift the quality of its own goods.