Back to Profile Gallery > Fujirebio Diagnostics 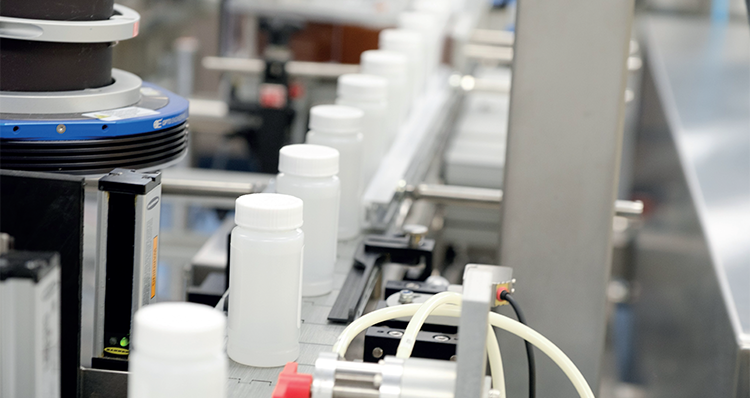 With a deep care for the medical industry, Fujirebio Diagnostics aims to utilize its leading technology to equip its customers with the necessary tools to detect and combat disease

Fujirebio Diagnostics (Fujirebio) started back in the late 1970s, as Centocor, with an objective to take what was then a relatively novel technology known as monoclonal antibodies, and develop the therapeutics required to target disease. By the early 80s, the concept was still fairly new, and so the business had to establish the complementary diagnostics that would mark certain diseases, proving that these antibodies could be used to target life altering diseases such as cancer. 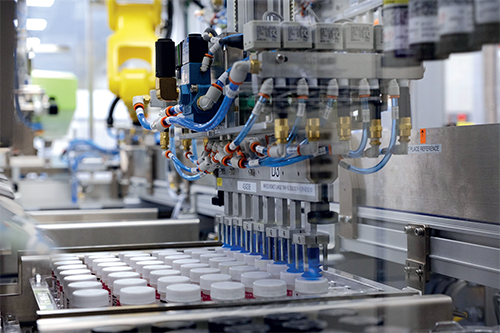 Once the company began down the path of developing pharmaceuticals, it then divested the diagnostics aspect to a company in Japan, that was one of its customers, Fujirebio Inc. It was then renamed to Fujirebio Diagnostics. “From that point, we became a contract development manufacturer of raw materials and finished goods in the diagnostics industry with a heavy focus on oncology. Our antibodies are considered the gold standard for these tests, and we supply them to most of the industry globally,” Monte Wiltse, who serves the company as its President and CEO, notes. Fujirebio then continued to expand into developing the finished test and manufacturing for four of the five leading companies in its industry.

“Then in 2006, we acquired a business in Gothenburg, Sweden. We were able to leverage that into the contract development and manufacturing business that we had structured. We started to build that out for them as well, so they have become Fujirebio Diagnostics AB,” he says.

Monte discusses with us how his business has since remained determined to grow organically by expanding its reach across the manufacturing sector, innovating the medical industry, as well as what plans lie ahead to continue Fujirebio’s legacy.

Increasing automation
Owing to the fact that the business works in a highly regulated industry, Fujirebio is required to meet a high-level of quality standards across the countries to which it supplies. This continuous refinement to guarantee excellent products is what keeps it a leading name. “One of the reasons we have developed the rapport we have with the industry leaders is through the profile that we maintain with the regulators. We have ISO13485/MDSAP certification at all three of our manufacturing sites, which demonstrates our ability to deliver high quality products. As you can imagine, if you have quality issues in cancer or cardiac tests for example, that is an incredibly detrimental problem, and so we maintain really high-quality profiles to ensure that does not happen. At this site in the United States, we manufacture over one million test kits a year, which amounts to roughly 150 million patient tests,” he says.

On the topic of its manufacturing capabilities, the reason the company is able to support production of this capacity is owed to its state-of-the-art facilities, with the largest of its three sites in Malvern, Pennsylvania. “We have about 350 employees of the 450 in total. It is a 190,000-square-foot facility, and what we’ve focused on is increasing the level of automation within our manufacturing processes.

“We were in a position where, as the business continued to grow, we were having to bring in more and more people, and in our industry the largest quality issues come from human error. What we needed to do was figure out how to eliminate those mistakes. Now, we are about half way through the implementation of a Manufacturing Execution System, and the benefit is capacity in certain operations. For example, when we have a paper batch record, chemical additions to a reagent have to be observed by a second technician so we have to have two people to actually do one job effectively. However, when it is electronic, the scale is tied to the system, allowing exact amounts to be added, and eliminating the need to have the extra observer. We can then pick up the capacity of that second person, and they can, in turn, run their own process,” he shares. An additional benefit of automation means it can also reduce non-conformances that could lead to quality issues, which may occur during the production process. Monte adds that this consequently enables the company to continue to deliver high quality products.

New contributions
Despite the move towards automation, he elaborates on how the business still boasts a unique company culture, filled with dedicated experts who are passionate about making a difference to the medical industry. “We have an incredibly engaged workforce. About a month ago, we completed a satisfaction and engagement survey to get a pulse of what people are actually feeling about working with us. The results showed that our workforce is 90 percent engaged, and over 25 percent are what’s classed as highly engaged. 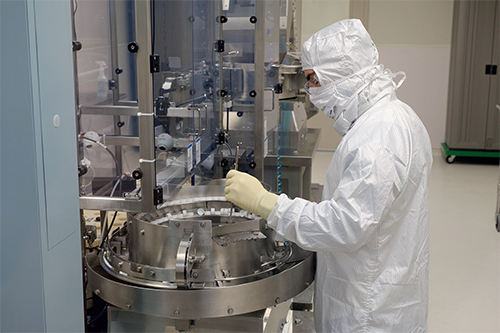 “We exceed all the industrial norms regarding satisfaction levels, and a lot of it is because we operate the business in an environment that behaves like a smaller company, and so people enjoy working here. We try to focus on what is going to be good for both the company and our employees, because ultimately, they are our greatest asset. If they are not satisfied, or really engaged in their work, we are going to have quality issues, which we just can’t afford.”

In bringing our discussion to a close, Monte shares plans for the future, and how the company is determined to remain a leader in the industry, with prospects to bring new contributions to Alzheimer’s and Dementia research. “We are still working to increase automation in our processes, and our manufacturing execution system still has another two years before it is fully implemented. The other thing we are focused on, which began during the pandemic, was moving towards a Lean manufacturing approach, as well as a continuous improvement mindset, and we are starting to see some of those benefits. We are becoming a little more efficient in how we do things for our people, and I truly believe it is making their jobs more enjoyable. We are eliminating some of the waste in our processes, which makes their life a little easier,” he expresses.

“If we look even further down the line, what we want to concentrate on is trying to bring new technologies to healthcare, and right now the big focus for us is in Alzheimer’s/Dementia. We are investigating a number of different markers, and we have two that are in front of the FDA right now that we hope to have on the market later this year,” Monte concludes.

Fujirebio’s approach, as a contract development manufacturer, is to equip all its customers with the necessary tools to fight against disease, which is why Monte is passionate about making its technology available to everyone, and it will continue to do so for as long as the medical industry continues to care about the world’s health.