Back to Profile Gallery > Gardner Aerospace

A world of difference

Gardner Aerospace is a Tier 1 supplier of aerospace detailed parts and assemblies, headquartered in Derby in the UK. Theorganisation has five factories in the UK, two in France, two in Poland and one in India, and as Nick Guttridge VP Business Development highlighted this gives the company a global manufacturing footprint: “The operations in Poland and India work as 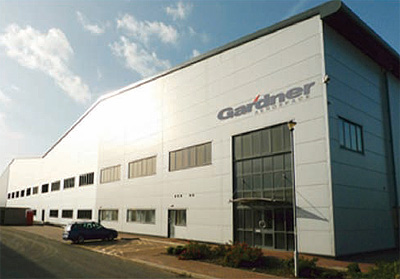 our own low cost manufacturing operations that feed the European sites. These then integrate the components (amongst others) into end products that get delivered to our customers,” he said. “We are almost exclusively an aerospace manufacturing business so nearly all our customers are in the aerospace industry with our biggest customers being Airbus in Germany, France and the UK. We also have other aerospace customers, including GKN and Rolls Royce in the UK, Triumph and Sprit in the USA and Latecoere and Stelia in France.”

Looking at Gardner’s position in 2017 it is surprising to realise that just 15 years ago Gardner was a UK plc that was in bad shape. “After a short period of trying to turn the plc around we ended up having to put the plc into administration,” said Nick. “Then we did a pre-pack buy out of about 11 small UK based businesses that were in the former plc, and ever since we have been on a turnaround programme, which has included consolidation, modernisation, mergers and acquisitions, and creating scale. We have improved delivery and quality performance massively and gained market share both organically and by being a consolidator within the aerospace detailed parts sector.”

The team’s hard work has resulted in sales going from around £40 million to £160 million, and employee numbers rising from 1200 to over 1500. “There have been massive efficiency improvements which included streamlining the UK’s 11 factories into five, and in fact only one of those is from the original 11,” added Nick. “So it has been a pretty major turnaround.”

The success of the strategy means that today Gardner Aerospace makes sales of over £100 million per annum to Airbus group companies alone – it works on numerous contracts with the organisation and has had a particularly high success rate on the A350, which is now advancing quickly in production. “We provide everything from very simple bracketry right up to quite sophisticated sub-assemblies for pylons, cabin and fuselage sections and wings,” Nick explained. “We have got a big presence on the aeroplane and as it’s in the ramp up phase we are seeing a lot of organic growth. From an operational point of view in handling these contracts we’ve developed slick and responsive operational systems and processes using lean processes to produce more products in less time. We have invested in the latest generation machinery, and in new factories which makes the working environment more efficient.”

Two of Gardner Aerospace’s facilities that have been the recipient of investment are based in France – these factories were part of an acquisition that occurred in 2012. “We purchased a group of five companies but had toclose three that were small, loss making and sub-critical, whilst the other two have received substantial investment, for not just the fabric of the buildings but in the machines, and in training and development of staff. Both of those operations are now more modern and efficient and winning new business as a result, and they are getting more competitive.” 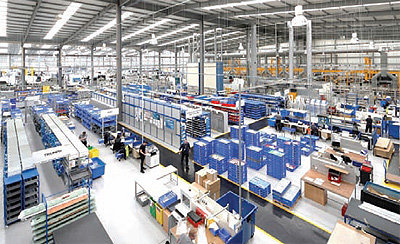 The investments that Nick mentioned have been a pivotal part of Gardner’s turnaround and its success has been built thanks to the backing of its private equity investors. It has now reached a scale where another level of funding is needed and as a result, the organisation is in the process of being acquired by Chinese public company, SLMR. “Better Capital has invested in us since 2010 and has been really supportive, but we need to move to a new phase of growth that will require even more investment and development, which SLMR is very keen and capable to provide,” noted Nick. “China is a massive market and this is a fantastic way of Gardner gaining access to it – in this business that is the big prize! The expectations are that we will be able to take Gardner and its capabilities into the Chinese market, and establish a manufacturing operation there to address it. SLMR is looking at Gardner as the foundation of a global top five detail parts business, which means it’s going to be substantially bigger than it is today.”

With that in mind, Nick expects Gardner’s growth to accelerate at a faster rate and take the model it has developed onto an even bigger scale as well as seeing a diversification of the customer base, to access new markets particularly in China and America. “As part of this next phase we expect to undertake mergers and acquisitions, as historically this has worked for us. We expect to carry on in this new era with acquisitions on a global basis.” It is clear from speaking to Nick that Gardner Aerospace has been on an astonishing journey of redemption, emerging stronger, leaner and more determined than ever to continue to grow. Indeed, such has been the remarkable success of its evolution that ‘Gardnerisation’ has become somewhat of an industry term! “We have developed a very particular model for how we operate the entire business and other people have started to talk about wanting to ‘Gardnerise’ their business,” said Nick.

“It describes everything we do so clearly – we have to be really good at manufacturing and making parts and the technology that goes with that, but also it’s about, amongst other things, the way we manage the supply chain, integrate acquisitions, have built a substantial wholly owned manufacturing footprint in Poland and India, how we run our shared services organisation and the common standards and systems applied across the whole group. ‘Gardnerisation’ is our model for running our entire business – not just one part in isolation.”