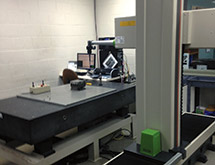 George Akers’ official title at Genco Stamping & Manufacturing Co. may be company president, but in his mind, there’s no distinction between him and any of the company’s 65 other employees in terms of their importance.

“You’re only as good as the people who work with you, and I believe we’re all in this together,” he says. “I may have the title of president beside my name, but that doesn’t make me different than the person operating the press; I just have different decisions to make.”

Akers attributes Genco’s team-oriented approach to its status as an employee-owned company. The Cookeville, Tenn.-based business, founded in 1969, established an employee stock ownership plan (ESOP) in 2004, two years before Akers started there.

“[The ESOP] gives us a different drive every day,” he says. “It’s more than just ‘I have a job,’ it’s ‘I’m a member of this team and a partial owner of the company.’”

The status has helped engender company loyalty, as at least half of Genco’s employees have worked there for 10 or more years. “We make all the important fiduciary and other decisions about the company right here in Cookeville,” Akers adds. “Our people can see what we’re doing and where our money is going every day, and together, we find ways to continuously improve and eliminate waste.”

Genco’s focus on manufacturing quality and continuous improvement ultimately benefits its customers. The bulk of the company’s business is providing metal stamped parts used in aftermarket automotive shock absorbers and struts for manufacturers including Tenneco Automotive and Ride Control LLC, which produce and assemble the Monroe and Gabriel brands, respectively. Genco also produces metal parts used in  appliances, heating and other industrial functions.

The company manufactures components in a 150,000-square-foot facility that includes 41 pressing machines ranging in size from 32 tons to 500 tons. Raw metal received from the company’s suppliers is fed into the machines either by hand or automatically. Depending on the part,  up to 10 distinct pressing operations can take place before finishing processes, which include cleaning and deburring. After finishing, products are packaged and shipped.

Genco produces roughly 98 million parts a year in short runs, which require between 35 to 45 equipment set-ups daily. “We’re a very low-volume facility. The system we have in place ensures that we can move from producing one part to producing another very quickly,” Akers says, noting that the company can perform change-overs in just more than a half-hour.

In addition to manufacturing, Genco also offers designing and engineering expertise to its customers. Clients can provide the company with solid model parts or 3-D models, which Genco can then use as a basis for cost quotes and tooling requirements.

The company recently added a new line of four single-stage die presses with a capacity of 200 and 250 tons. These machines will enable the company to produce larger products. Genco also recently added a 500-ton, 17-and-a-half-foot-wide COE SpaceSaver feed line press to its floor. “What we’re trying to do is implement technology that meets our customers’ needs,” Akers adds.

Genco’s quality processes also recently received a boost from its addition of a Mitutoyo CHN-1208-20 coordinate-measuring machine (CMM). “Most of our competitors simply perform manual inspections and evaluate the operator at the press,” the company says. “That’s just not good enough for us.”

The company brings the first and last piece of every product it runs to its quality lab, where the automated CMM takes precise measurements. Genco also uses a paperless, fully automated operating and maintenance management system to track its products. “All products are barcoded and scanned to ensure accountability through all phases of production,” Genco adds. “Daily audits ensure shipping accuracy.”

Genco’s quality and other processes have earned it ISO/TS 16949 certification and a rating of zero defective parts per million, Akers notes.