The report, sponsored by AFME and IBM, and produced in association with Elite, showcases Europe’s most inspiring and fast growing small and medium-sized companies, with the overall aim to highlight the importance of SMEs to the future of the European economy and share this message with as wide an audience as possible.

As Xavier Rolet KBE, CEO, London Stock Exchange Group explained in his introduction to the comprehensive report – it is more than just a celebration of successful companies, rather it demonstrates just how these businesses are the best hope for future European growth and job creation. In the post-Brexit European economy, their prospects couldn’t be more vital.

The report also includes nine Forewords supplied by experts and covering a range of topics, from Improving Access to Capital Markets to Blockchain. It also includes eight Expert Commentaries, written by amongst others, Wim Mijs, Chief Executive of the European Banking Federation, and Jonás Fernández MEP, Member, Economic and Monetary Affairs Committee, European Parliament, S&D. The articles discuss the importance of SMEs to the success of the EU, and look at how essential the right investment approaches and strategies are to their survival and growth. 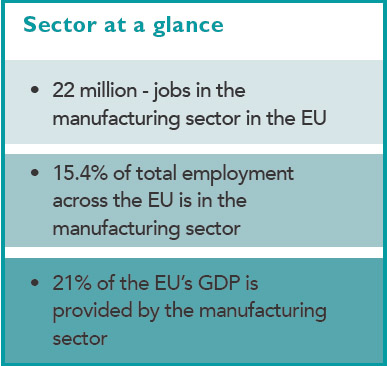 The methodology
The list was created by Bureau van Dijk, a provider of Amadeus, a database of comparable financial information for public and private companies across Europe, which combined key financial performance indicators of European businesses.

Those entered on the list must conform to a variety of criteria, including:

Country weighting
Having identified the long list, the eligible companies were then separated into their country of incorporation. Within each country, the companies are ranked by their individual revenues compounded annual growth rate; and those that have most outperformed within their country are identified. The list is split among the EU 28 countries according to every country’s contribution to the EU GDP.

In his foreword Xavier notes that while EU GDP has rebounded recently, moving back towards pre-crisis levels, there remain some serious underlying structural problems in European economies. Youth unemployment in the EU is around 20 per cent and traditional sources of European job creation have dried up.

In contrast to these figures, the growth companies in the LSEG 1000 Companies to Inspire Europe report boast a two-year job creation rate of 43 per cent and an incredibly impressive three-year average annual compound growth rate of over 100 per cent. LSEG’s selection criteria also requires these companies to have outperformed their sector peers. In Xavier’s words: ‘These companies clearly highlight the potential of European SMEs to drive European economic recovery post-Brexit’.

The Report
The report itself is divided into seven sections – Technology, Food & Drink, Manufacturing & Engineering, Consumer Services, Professional Services, ELITE and Green. The largest sector represented is Manufacturing and Engineering (at 20 per cent) followed by Food and Drink (at 11 per cent), pointing to a rich and varied community of SMEs throughout Europe.

According to the Report, competitiveness in the manufacturing and engineering sector is being tackled head-on by the Europe 2020 initiative, the EU’s agenda for growth and jobs for the current decade.

Whichever of the myriad of sub-sectors they operate in, manufacturing and engineering companies that remain agile and open to investing in new ideas and technology are likely to be at the forefront of the market.