Back to Profile Gallery > Mahindra Truck and Bus Division

Rising above the rest

Boasting an entire line of integrated trucking and bus solutions, Mahindra Truck and Bus Division is working to embrace the significant changes that are ongoing within the Indian automotive and manufacturing industries in order to strengthen its already enviable reputation

Adopting the name Mahindra & Mahindra Limited (M&M) in 1948, three years after it was first established, this multinational automobile manufacturing corporation, headquartered in Mumbai, is one of the largest vehicle producers in India. Part of the Mahindra Group, a $19 billion group operating in many of the world’s most important industries, M&M has several 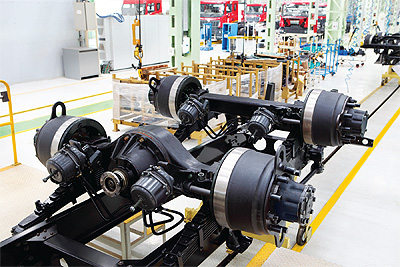 business units itself, each focused on a different automotive segment.

“Our Chakan plant possesses a fully sustainable manufacturing setup,” Venkat states. “For one thing, it is what we refer to as a ‘zero-water requirement’ plant, where we have a lot of drain water harvesting taking place to make the plant completely self-sufficient when it comes to its water needs. It is a relatively new facility, inaugurated in the last few years, and will form the basis for all future facilities when it comes to its sustainability. This way of thinking owes a lot to the Mahindra Rise philosophy that exists throughout the group, which centres around the core theme of creating a successful, sustainable, responsible business for all. Inside, its production facilities are all state-of-the-ar t, automated and fully functional so as to achieve maximum efficiency, reduce waste and ensure first-class performance. Our production lines are also suppor ted by a modern, fully functional trim and chassis line, and an on-site press shop.” 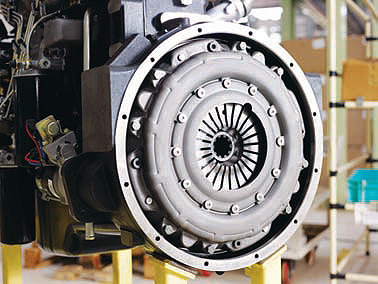