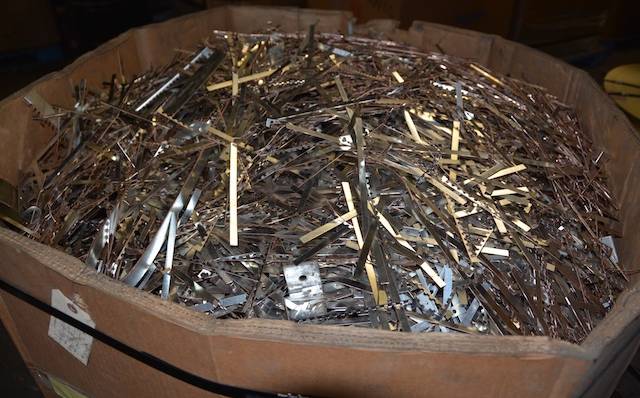 Midwest Industrial Metals (MIM) has more than 35 years in the metal recycling industry, but the collective expertise of its staff exceeds even that number. “We’ve [got] 150 to 200 years of experience just within the upper management group,” Vice President Chuck Dreyfuss says. “Our personnel are pretty seasoned.”

Based in Northlake, Ill., MIM purchases scrap metal, recycles it and sells it so it can be used again. “We sell to mills, foundries and consumers overseas,” he says. “We’re the last stop before the material becomes a finished product again.”

MIM started operations in 1981 and changed ownership multiple times over the years. In 2012, the company became part of The Imperial Group, a Chicago-based firm that represents multiple entities in the metals industry.

Today, MIM employs a staff of 50 and is a predominant player in its industry. “We are one of the major non-ferrous mimprocessors in the Chicagoland area,” Dreyfuss says. “We do quite a bit of business all over the Midwest, and our [work] involves a lot of international business.”

MIM processes a wide range of material, including insulated wire, copper, aluminum and brass. “We’re capable of handling anything that’s non-ferrous,” he says, adding that the company can take on ferrous metals as well.

Last year, MIM had sales of approximately $85 million, and the company expects to grow that number to $100 million. President of Sales Jordan Friedman credits this rise to the company’s marketing efforts.

“We also started brokering different metals,” he continues. “That allowed us to get into some bigger companies that produce the commodities we buy, the hiring of new salespeople, which has allowed us to develop new relationships.”

Avoiding Loss
MIM serves many different markets, including construction, demolition and utilities, as well as a variety of different companies. “Some are big, some are small and some are Fortune 500,” Dreyfuss says. “All of them have to be handled differently.”

They also require MIM to keep on its toes. “The markets are constantly changing, even hourly,” he admits. “That’s a daily challenge for us.”

“We’re constantly buying and selling daily to make sure we’re dealing with a profit and not a loss,” he says. “That’s our major concern.”

MIM moves so fast in this process that it has bought metals and then processed and sold them on the very same day. The company also often finds homes for things that other firms would fail at selling, Friedman says.

He credits this to MIM’s relationships with companies. “We’re able to do a lot more business with people that are under the radar that provide higher prices,” he says.

“That’s where the 150 to 200 years of experience come in,” Dreyfuss adds. “We have that experience in the minor markets that people aren’t familiar with.”

Building a Family
Friedman’s family owns The Imperial Group, and the family environment has transferred over into MIM. “We have trust relationships,” Friedman says, noting that the company enjoys low turnover in its staff.

One plant supervisor, he notes, carries 30 years with the company. “He runs a pretty tight ship here to keep the metal coming in and out,” Friedman says.

But when MIM takes on new employees, it makes sure that they have the right experience in order to maintain a high level of quality. “That’s really the key,” Dreyfuss says.

“We have a minimum of problems with the products that we sell to our consumers.

“If you have a lot of rejects, that means, of course, your quality control is not good,” he says. “If anything like that happens, we certainly look into it, [but] that’s a rarity.”

MIM also sharpens its recruits’ skills with training and mentorship. “When we have a youngster coming in, our new person works with one of our experienced people to try and break them in,” Dreyfuss says.

But the company’s new and experienced staff members learn something every day, Friedman asserts. “No one’s ever going to conquer the education on metal,” he says.

Dreyfuss agrees. “When I’ve stopped learning, I’m ready for the grave,” he jokes.

New Avenues
MIM’s industry veterans include Dreyfuss, who has been in the business for 60 years. “I ran my own company and specialized in stainless steels and alloys,” he recalls, explaining that he eventually retired.

But Dreyfuss did not find retirement satisfying. “I got bored so I went back to work,” he says, noting that he enjoys working at MIM. “It’s been great.”

Dreyfuss is proud of how MIM has kept its suppliers and consumers loyal over the years. “If we can retain them, we must be satisfying them,” he declares. “We have very little change, other than trying to get new customers.”

He predicts a strong future for MIM. “We’ve grown very quickly and continue to,” Dreyfuss says. “It’s a fast moving market out there and it’s constantly changing.

“We’re always making new avenues into new suppliers, new industries and new consumers, whether they’re here in the United States or overseas,” he says. “A lot of the new consumers may be more so overseas now than ever before.”