MNB Precision began life in 1980 in a Midlands garage, and quickly became a small family enterprise carrying out general engineering work. Over the years the company grew into larger 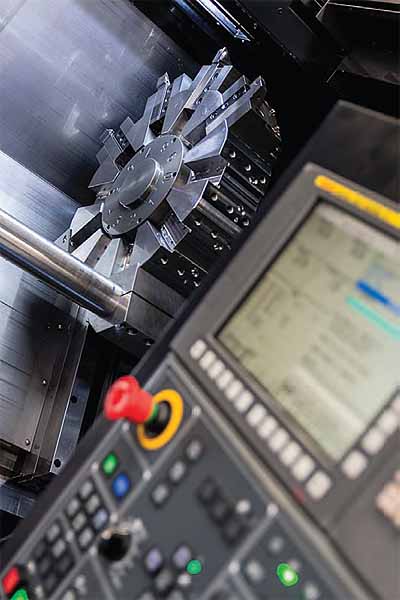 facilities in Coventry and started to take on significant work for customers up and down the UK. However, following the collapse of TransTec at the start of the new millennium, MNB lost one of its biggest customers and subsequently fell into administration.

“At that point my father decided that we had to stick to our core strength of general engineering but had to fight to diversify into the oil and gas market in order to survive,” explains current MD, Luke Benton – the family’s third-generation to run the company alongside brother Elliot. “From this decision we started then to grow from strength to strength. We came out of administration and we began to invest in more and more machinery that could deal with the demands of the oil and gas industry.”

What followed was a period of significant success, seeing levels of organic growth rising around 20 per cent year on year up to £8.5 million before the economic downturn. However, whilst taking a knock during the recession the strength of the oil and gas industry meant that by the close of FY2014, MNB had once again grown to £10.5 million in sales. At this point, the company was specialising in manufacturing high complexity, high value metal products from exotic materials for a buoyant industry. Based in its existing three-tiered, 17,000 square foot manufacturing facility, the logistics to produce products up to 11 metres in length was becoming a challenge and in 2014 the company, under the new management of Luke and Elliot, decided to move into a more suitable site.

“Between December 2014 and March 2015, it was a real slog to transform a derelict building, riddled with asbestos, into what is now a world-class 35,000 square foot manufacturing facility with all our capabilities under one roof,” Luke says. “We’ve now got a purpose built inspection area, state-of-the-art offices, a clean reception area and a boardroom that over looks our entire production site.”

Of course, in the background to all of this the oil and gas industry started to slide into its widely publicised crash and the oil price plummeted. Initially, much of the market felt that this was a blip and that it would quickly right itself. “This was the general consensus amongst our customers and we waited for it to happen. Obviously it didn’t and we suddenly found ourselves having to manage the company in way that we had never had to in the past with austerity measures,” summarises Luke. “We had put a lot of the cash into the building and we were suddenly in an industry that was on its knees, so we had to work really hard throughout the summer.”

Coming out stronger than ever, MNB successfully used the time to consolidate its current activities and innovate to improve efficiencies throughout its working practices. “We are now in a position where we are diversifying,” he continues. “Throughout the last year we have been able to shift our focus from the oil and gas market to a number of different sectors and our order book is now the most diverse it has ever been. We are now heavily involved in the automation and defence industries, as well as taking advantage of opportunities in the medical and nuclear industries. The wider renewables sector is another one that we see could be positive for us over the coming months.”

Luke praises the team at MNB for being able to achieve this: “Their adaptability and agility to take on new challenges has been essential,” he says. “Ninety per cent of what comes through the door at the moment is work that they’ve never manufactured before and sometimes the components have never been manufactured at all before. They are truly world-class in the way that can take this in their stride.” 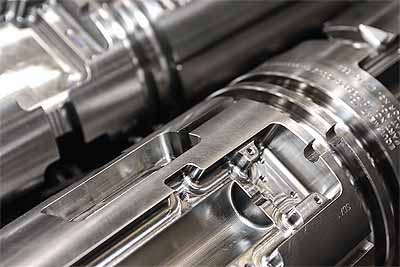 It’s a strength that follows the servitisation programme being implemented within the business, which sees MNB working much closer to its customers and adding value to any work they carry out. “We take on a range of components from sizes that you can hold in your hand to eight tonne units, so we always try and work with the designers to come up with better solutions, to be more cost effective and more efficient,” notes Luke. “It’s this ability to add value that allows us to grow in a diverse market.”

Of course, the major challenge facing the business at present is establishing its reputation within its new sectors. Whilst its position in the oil and gas field was well known, making sure it can achieve this brand awareness elsewhere is critical and will be greatly supported by significant projects already taken on. “In the nuclear industry we have already started work on class-two parts and we have completed some rolling stock equipment within the rail industry,” Luke adds. “We’re also on a flight path to enter the aerospace industry and by September 2016 we hope to be certified to AS9100 to support this.”

This ability to diversify is by far MNB’s biggest opportunity to maintain success despite its core market falling from beneath its feet, and the company is very much aware of this. With new facilities and a growing reputation slowly snowballing in new businesses, the future for the Coventry based company looks bright. Luke predicts that with its current activities and the hope that the oil and gas industry will eventually pick itself up, MNB could be turning over £20 million by 2020. Ensuring it continues delivering the quality of product and service it has become renowned for, and furthering the professional development of its team is sure to give it the best chance of doing so.