Back to Profile Gallery > MPE Inc. 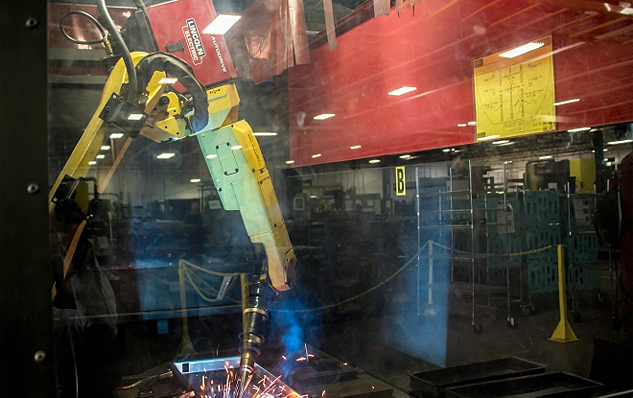 MPE’s implementation of lean allows it to boost quality and efficiency for its customers.

After nearly 40 years, MPE Inc. continues to evolve and adapt to meet the needs of its customers. “We’ve been lean and flexible to adapt our business with our customers,” President and CEO Hank Kohl declares.

Based in Milwaukee, the contract manufacturer specializes in their Concept to Completion(TM) model, providing cradle-to-grave product lifecycle management services for developing new design platforms for medical OEMs. MPE started operations in 1978 as a precision metal fabricator but grew over time within the medical and technology market segments.

Since then, MPE has grown by offering new services to broaden its customer base and offerings. “We’ve been involved in building products at various levels of assembly and integration that you would see in a typical hospital environment. It is a great feeling to see the fruits of our labors for our contributions in the operating room with helping to improve the quality of life for others,” Kohl says.

These products include ultrasound systems, neonatal incubators, surgical navigation systems, and components for CRT and MRI equipment. “We’re currently involved in multiple surgical robotics systems intended to be used for several medical procedures in the surgical suite,” he adds.

The Accoutrement of Success
MPE can meet the needs of large companies in the medical technologies space, Kohl says. Their vast sizes can make it hard for them to innovate and develop new technologies, but that is where MPE can provide design guidance and alternatives.

“We’ve become an extension of those organizations to be able to help develop that technology,” he says, adding that its recent innovations include surgical navigation systems. “We also do a lot of development with companies to understand the needs in the hospital space, [in terms of] ergonomics and HMI.”

MPE recently assisted in creating ophthalmic products for eye surgical procedures. “We’ve worked with the major OEMs to help define the accoutrements required for their technology,” Kohl says. “We work on several programs through our solutions engagement process to help our customers identify and determine their business needs to succeed.”

Transforming MPE
Kohl joined MPE in 2014 after its former owners sold the firm to Pfingsten Partners LLC. The firm, which has offices in Chicago, China and India, specializes in acquiring entrepreneurial businesses and providing the tools to grow these businesses, he says.

Since Pfingsten added MPE to its portfolio, it has focused on adding lean and continuous improvement initiatives to MPE’s operations. “MPE has developed tools to embrace the culture of continuous improvement. We implement those tools into the organization to transform them for sustainable growth,” Kohl says.

These will help MPE meet the changing needs of medical technology OEMs, which increasingly outsource their resources. As part of these initiatives, MPE reconfigured its manufacturing footprint and its technologies.

“There has been collective efforts in developing meaningful processes and systems that allow MPE to work smarter and more effectively,” he says, noting that the company developed its version of an automatic factory with rapid change over and single piece flow.

“We’ve also streamlined the information flow from the office to the machines,” Kohl continues, explaining that MPE also focuses on eliminated waste in order processing.

The company also implemented a “quality-at-the-source” mentality. That way, “We’re insuring that every piece manufactured meets quality expectations at the point of manufacturing, and not later in the process,” he says.

These initiatives helped make MPE more efficient. “We created more capacity with these processes without having to expand the facility,” Kohl recalls. “We’ve been able to deliver product faster than previously; allowing us to achieve a sustainable competitive advantage.”

The company also improved its quality and labor content, allowing it to offer better pricing. “We’ve also been able to manage all our growth without having to increase our headcount,” he adds.

Empowering Employees
MPE’s culture evolution has driven it to further empower its team. For example, “[We train] the organization on what we are doing, why they’re doing it and what their activity means in the process,” Kohl says.

The company also provides cross-training to expand their competencies. “Whereas maybe an individual is an expert on element of the manufacturing process, now [they are] trained on operating multiple technologies and various duties,” he says. “It’s a big part of the evolution in our organization when you go from traditional manufacturing to lean manufacturing techniques.”

MPE also has established apprenticeship programs with local high schools and internship programs with universities. “We’ve employed students through various parts of the organization through their education studies, later to become permanent employees,” he says.

MPE has done a nice job developing, mentoring and retaining the dynamics needed for the company to succeed, Kohl says. These dynamic capabilities include the communications, lean processes, and strategic goals and objectives that are needed to sustain a healthy and lucrative business operation.

In Alignment
MPE works to create a collaborative relationship with its suppliers, Kohl says. As the company concentrates on manufacturing costs and delivery requirements, it also works with its suppliers to insure process and quality alignment.

MPE will invite suppliers to be involved in its design principles. “We work with them to insure alignment,” Kohl describes, noting it is very much a symbiotic relationship so both parties have a clear understanding as to the critical to quality expectations along with all regulatory and compliance requirements that must be followed.

Embracing Change
After three years, Kohl is proud of MPE’s team and how it has adapted. “They’ve adapted well to this change in culture,” he says, adding that this can be difficult for some firms but the MPE team embraced the change from the start.

Although MPE has employees that have been at the company for more than 30 years, “The entire organization embraced it with open arms,” he says. “[The team] has done a nice job of taking ownership.”

They also welcomed the chance to be empowered during the process. “Typically, entrepreneurial manufacturing leadership is more of a hub and spoke process where the owner makes all the decisions,” he says.

“As you evolve a business for high sustainable growth, you need to empower those people to make decisions and be able to execute on them,” he says. “The team here embraced that.”

“We try to have a major percent of our employees involved in at least one CI program a year,” he says, explaining that the company sends its CI leaders for formal training in how to lead a CI program.

MPE also is open to staff input. “Anyone in the organization has the ability to submit an idea for a continuous improvement project,” Kohl says. “Myself and our staff review those once a week.”

Kohl predicts continued growth for MPE. “We see the pressure that our customers are seeing from the marketplace,” he says. “We need to be able to stay ahead of that, be able to develop products faster, implement technology as it becomes available and do it at a lower cost without sacrificing quality.