Back to Profile Gallery > MWW Inc. 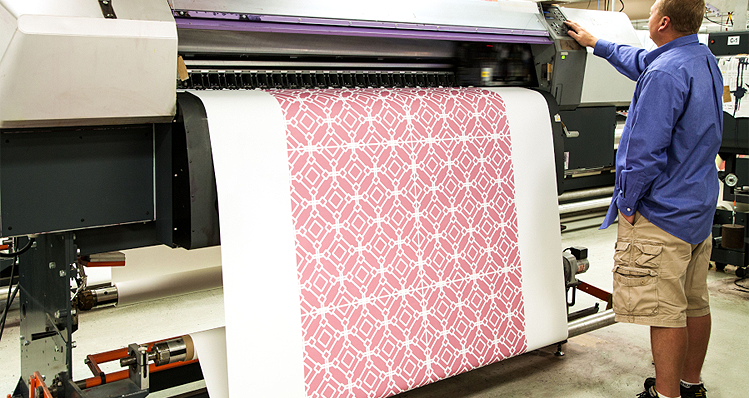 MWW aims to disrupt the gift industry with its customized products and quick turnaround times.

MWW Inc., which was founded in 1932 as Manual Woodworkers and Weavers, has a gift service division that works with gift store operations and a national accounts divisions that provides national brick-and-mortar retailers with home goods.

MWW On Demand, the company’s fastest-growing division, was renamed in 2010 from MWW Solutions and provides customized home décor, accessory and apparel products that are completely customizable, produced in three to five days, and shipped directly to the end consumer.

Online retailers, graphic designers, artists or photographers submit orders using a new customer portal or template. MWW prints, cuts, sews, and quality checks the item before shipping it out to the customer in three to five days from receipt of the order. That’s regardless of how many orders or the size of any orders.

The company, which has its headquarters in the mountains of Hendersonville N.C., has two facilities with more than 1 million square feet plus new facilities in the western United States and Europe.

“Our process starts with white fabric,” Travis Oates, co-owner of MWW Inc. explains. “Our customers transmit their artwork and order information using our API connection or submit orders through our online portal. We then batch it, print it, sometimes cut and sew it and ship it directly to the end consumer. We do that tens of thousands of times a day.”

How does the company do it? “It takes a significant investment in printers, presses, people and technology,” says Oates, who leads the company as a third-generation owner along with his sister Molly. “Our history in manufacturing combined with our investment in technology exceeds every other competitor in the space.”

Over the years, MWW has invested millions of dollars in hardware and software. “We have a full IT team that is constantly optimizing our operations,” Morel says. That includes software for order ingestion and processing and integrating front and back end systems. “We have a long standing investment in hardware and equipment,” he adds.

“We don’t want you to think we’re doing all this with just desktop printer and a pair of scissors,” Morel jokes.

Between the most efficient software, hardware and equipment, “MWW On Demand has developed a highly streamlined process to deliver to customers for fair prices with very fast turnaround times,” Morel says. While much of United States manufacturing has moved overseas or gone out of business in recent decades, MWW has carved itself a domestic niche.

“There is a growing demand of customers that they want merchandise exclusively for them and they want it personalized or customized,” Morel says. “That eliminates ordering from overseas because they are not waiting six or eight weeks for shipping.”

In addition, MWW allows both brick-and-mortar retailers along with their online counterparts to offer their customers a virtually unlimited variety of styles and designs to choose from – without needing to warehouse items

“[Retailers] could have an endless aisle for products rendered virtually on their websites,” Oates says. “From the customer perspective, it looks like they have every [item] in inventory. They might have 10,000 designs.”

“It eliminates any waste on (retailers] part,” Morel adds. “We are only producing what they actually sold.”

People
The business is somewhat seasonal with around 500 employees most of the year but scaled up to more than 1,000 employees during the holiday season. Oates says it’s a competitive market in which to recruit employees although having three manufacturing facilities in different communities has offered the company a greater potential hiring base.

“We are very blessed to have Ashville to the north of us and Greenville to the south of us,” Morel says. “Both are emerging tech hubs and have a great quality of life.”

Crest of a Wave
We do some amazing projects here,” Morel says. “The ability to do customers with a three-day turnaround is just awe inspiring. I’m proud of our company’s performance, technology upgrades and the lean manufacturing principles.”

Travis Oates is proud to work at a third-generation, family-owned business. Tom Oates founded the company in 1932. It was passed down to his son Lemuel and Lemuel’s wife Sandra in the early 1970s. Travis Oates and his sister Molly took over in 2008 and started its on-demand division. And a fourth generation is growing up.

While MWW is not the first or only company to offer customized online products, it is an early adapter.

“I think we’re on the crest of a very large set of waves that are on the horizon,” Oates says. “The world of [brick-and-mortar] retailing is declining and online is trending upward. We’re on that front end. We’re growing significantly every year.”

Morel agrees. “The on-demand customization trend is disrupting the industry.”