Back to Profile Gallery > Orbit One AB

With roots dating back as far as the 1960s, Orbit One is today one of Scandinavia’s leading contract manufacturers of printed circuit boards, packaged electronics and electromechanics

Since the business was founded as HGL in 1995, Orbit One AB has rapidly grown to represent one of Scandinavia’s largest specialist companies in the manufacture of circuit boards, unit-assembled electronics and electromechanics. Today the business is a globally leading supplier of contract electronics and systems supplier to a diverse range of industry sectors including Medical devices, Infrastructure, Clean Tech and Media. 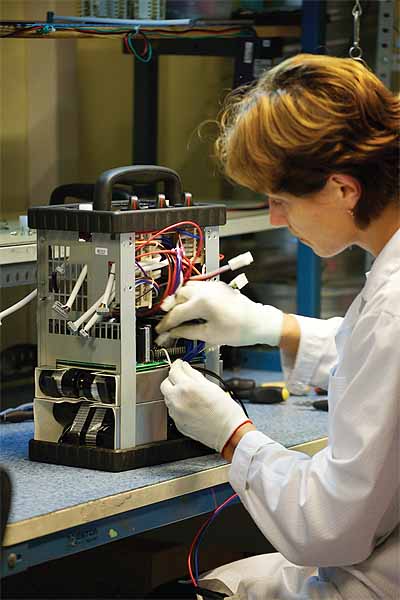 During the early life of the business it was owned by international manufacturers including Ericsson, Nokia, ICL and SEC before the company was acquired through a management buyout by Christer Malm and current CEO, Mats Johansson in 2003 and finally renamed from HGL to Orbit One AB in 2004.

Today Orbit One is able to offer customised solutions through the entire value chain, including design, prototype, purchasing, production, testing, logistics and aftermarket services. The business currently employs some 670 members of staff that are deployed throughout its production units in Ronneby and Stockholm in Sweden and further units in Poland and Russia. “During the time of the management buyout the company owned a single factory in Ronneby in the south of Sweden with a staff of 100 employees and a turnover in the region of €12 million. Since then we have continued to develop the business and through the recent acquisition of a company named Flex (the former Flextronics unit in Ronneby, Sweden), we have reached a turnover of €100 million,” reveals CEO Mats Johansson. “In almost every year since Christer and myself took over the business something significant has happened within the business and it has enjoyed good organic growth over the years. I have recently taken over as CEO, while Christer has retired and Orbit One has continued to grow rapidly. The main sectors for the company at present are currently general industry and healthcare but IT, telecoms and media applications are also very significant markets as well.”

Orbit One acquired the Flex (formerly Flextronics) manufacturing unit in Ronneby during November 2015. The site was focused on manufacturing and logistics services for electronics in the industrial and infrastructural segments. The acquisition allowed Orbit One to retain former Flex employees and allowed the company to become one of Scandinavia’s largest contract manufacturers, while Flex will continue to operate its design and engineering centres in Sweden, which were not part of the deal. “This was a large and strategically important acquisition. Orbit One is strengthening its position in a tough and competitive market where consolidation is a condition for continued competitiveness and growth. The two companies complement each other very well and we will grow stronger through the merger and can thus both improve and deepen our offering to the market. The business in Ronneby is only 200 metres from Orbit One’s unit where we have both our headquarters and a manufacturing facility. Our intention is to continue to develop both operations’ activities, integrate processes and take advantage of the resources and the expertise available. Swedish industrial expertise is internationally acknowledged and we want to take advantage of and develop this offering,” Mats says. “We have been working very hard since November 2015 and have recently moved SMT production to one site and we are now working with full integration. The big advantage of the consolidation is that it is helping us to move in areas like Poland and Russia. We are expanding the potential of the whole group with these big acquisitions, so it is something that is really very positive for the entire company. We also have good strengths in other fields that all fit together very well, not simply from a customer perspective but also in terms of competence.” 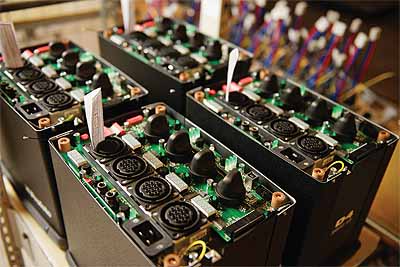 The success of Orbit One in recent years and the importance of the acquisition of Flex to the business is demonstrated by the fact the company has increased its employee base by 220 people in the past 12 months alone. Over the coming years, Orbit One will continue to focus on the integration of Flex into the business and on furthering its presence in the global market. “We are working with a lot of international companies like Atlas Copco and Siemens and a huge range of well-known businesses across our portfolio. We have a broad base of product applications, which is an important strength for the company as it means that if the market changes in one area we will have other customers that can act as a balance. I think that the market remains very difficult to predict. Within the Scandinavian region during 2011-2014 for example, there was a dramatic drop in turnover and profit throughout the industry, which made some consolidation necessary. The more positive news is that electronics are becoming increasing present in all kinds of devices today. From that perspective the market is very interesting and growing with new technologies being introduced everyday,” Mats concludes. “We are very aggressive on the market right now and are meeting a lot of clients, while at the same time we are working on the integration. We now have 18,000m2 of production in Ronneby (total space is around 30,000 sqm) space and we want to move all of our production under one roof. We are also looking to upgrade our other sites with some assets and over the long term we would like to continue to have good organic growth and will also look at the possibility of becoming a public company within the next three to four years.”