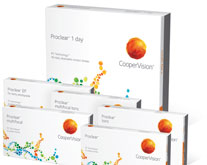 As big-box retailers captured more of the pet supply market by offering lower prices than specialty stores, the industries that supply those pet products had to adjust to this trend. That was no different for Prevue Pet Products Inc., which has cornered the domestic bird cage market. CEO Richard Savitt says with this shift in distribution, expectations for quality and durability shifted, as well.

If any manufacturer knows what it takes to thrive in the pet products industry, it’s Prevue Pet Products. The family operated company traces its origins back to 1869, and today it remains the oldest manufacturer of pet cages, toys and accessories in the world. In fact, the company manufactures more than 800 products under the brands Prevue-Hendryx, T3 Cage Liner, FeatherStone Heights and Clean Life.

The pet cage industry has experienced a glut of recession-driven consolidation in recent years. In fact, Savitt says Prevue Pet Products is the last domestic manufacturer of bird cages in the United States.

“We’ve seen a lot of competition that has gone out of business,” Savitt says. “There are a lot of weak finances out there that doesn’t allow existing competition to keep up with demands.”

Dramatic change in Prevue Pet Products’ customer base has accelerated the trend. The number of independent retail stores previously serviced by wholesale distribution companies has dwindled considerably, giving way to big-box retailers like PetSmart, Petco and Pet Supplies Plus.

“Naturally with the huge consolidation of wholesale distributors over the last few years, we’ve adapted because of that,” Savitt says.

With much of the company’s raw materials coming from overseas suppliers, Savitt admits the quality has decreased compared to domestically sourced materials and workmanship. However, it is a necessary evil because so many consumers purchase products like those made by Prevue Pet Products strictly according to cost.

“[Quality] was far superior to what it is today,” Savitt says. “But the American market dictates lower pricing, which is the same thing that’s occurring in other industries where others are going overseas to get product made at cheaper labor prices.

“What is considered a product quality today is a trouble-free item, but the focus is much more on safety and meeting government guidelines for toxicity levels,” Savitt explains. “The hot topics are lead and zinc content and heavy metals, and we go through elaborate laboratory testing all the time to make sure products meet the standards.”

In fact, in fall 2011, the USDA led a surprise inspection of Prevue Pets Products’ factory in Chicago despite the fact it doesn’t produce anything consumable.

“The reasoning is our products have content like on a toy, for example, and they check to see if we are making claims we shouldn’t be making with content specifications even though it is not a cookie or something similar,” Savitt explains.

“They were interested in bird nests, and they examined a whole bunch because we carry 20 different varieties,” he continues. “Our products are clean and fumigated prior to shipment from overseas.

“We’re obviously under government scrutiny all the time,” he adds. “If you’re going to do business with any legitimate chain, they require systematic testing of our own products and [we] submit results at least twice a year.”

Savitt foresees Prevue Pet Products doubling its sales in the next two years by remaining in the bird cage segment. Also, the company is in the midst of a transition of ownership as Savitt’s son, Jason, has taken over the day-to-day operations of the business. A 20-year veteran of the company, Jason Savitt serves as president of Prevue Pet Products.

“It’s an upbeat industry, it’s a fun industry with a tight group of people,” Savitt says. “We’re lucky to be a major supplier within that.”