Back to Profile Gallery > Qroma 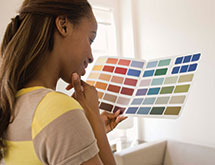 In 1930, the company that is now known as Qroma S.A. set the stage to be a leader in the paint business by becoming Peru’s first paint factory – Compañia Peruana de Paintings (CPP) (“Peruvian Paintings Co.” in English). Today, under the umbrella of the Brescia Group, Qroma offers 10 popular brands in Peru, including American Colors, CPP, Tekno, Fast, Paracas, Jet, Uniquimica, Teknoquimica and Abralit. In Chile, the company sells well-known products Tricolor, Iris and Revor.

With such an extensive line of products, Qroma is a powerhouse company in its country. The paints, chemical products and adhesives it sells serve a number of industries that no Peruvian competitors can top. Qroma products are found in the realms of architecture, automotive, marine, industrial, powder paint, packaging, abrasives, resins, polyester, wood adhesive, footwear adhesive and industrial adhesive.

CPP was founded by an English company called Capital House Milne & Co. S.A. However, just two years later and due to political changes, the business was liquidated and the remains – machinery, equipment and supplies – were transferred over to the Dworzak family, who remained the owners for more than 30 years.

When the factory initially opened, it solely manufactured paints. Since then, the business has undergone a series of changes, from different owners to new logos, to new names, diversifying along the way to include more product lines and reach out to fresh markets. Two of Qroma’s historically well-known names have been Uniquimíca (Chemical Union) and Tejidos La Unión (Textile Union).

‘Spirit of the Brand’

Throughout its 84 years, CPP has remained Qroma’s flagship brand, proving time after time to be innovative as it evolves according market demands. Today, it enjoys the largest marketshare in architectural paint. Qroma says it is focused primarily on strengthening the team’s participation and implementing marketing strategies that engage consumers with the “spirit of the brand.” “This way we communicate that CPP has decided to renew its image and continue to lead the market without taking away its main position … reconfirming the characteristic feature of our products [and] their durability,” the company says.

Without making any significant changes to CPP product formulations, Qroma has been rededicating itself to its image with an aggressive promotional strategy that includes new communication materials for both the end-user and the point of sale client. The materials are designed to drive profits in the category and guide the end-consumer. “This concept has completely come from our hard work and is a team effort that will be rewarded with the positive feedback we receive from our customers and the brand’s end-users,” the company states.

In the last 10 years, Qroma has proven to be ahead of the game as a creative and innovative marketer of its brands. In 2012, it won its third Effie award in consecutive years. Known by advertisers and agencies globally as the preeminent award in the industry, The Effie Awards recognize any and all forms of marketing communication contributing to a brand’s success. In 2010, Qroma won a Silver Effie for its “Relaunch Tekno,” and in 2011, the company won another Silver Effie for “CPP Repositioning: Long Life Paints.”

In 2013, Qroma won the Silver Effie again, this time for “FAST, The Paint of Excellence,” which was recognized for generating dramatic results through its relaunch. The company called it one of the most important projects in the history of Qroma. “Yet, we still have a long way to go,” the company stated. “This award motivates us to continue to implement strategies and actions that allow us to achieve even better results.” Qroma also won a Gold Effie in 2005, as well as the Grand Effie for the relaunch of American Color.