Back to Profile Gallery > Reuland Electric 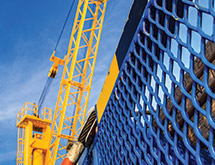 Reuland Electric’s roots stretch back to the 1930s when Frank Reuland rebuilt and repaired motors in his garage in Alhambra, Calif. Reuland soon became the largest repair shop in the area and the company grew from there.

“Our ownership has always believed in reinvesting into the company and upgrading everything,” Senior Project Manager Wayne Foreman says. “We remain a family owned company, and we have many employees that have had a long tenure with the company.”

Reuland now bills itself as the most flexible electric motor manufacturer in the world. But to understand Reuland today, it is important to take a look at where the company has come from.

In the 1940s, Reuland made dive-flap motors for Lockheed Aircraft’s P-38 fighter and built twin 50-caliber turret-drive motors for aircraft engine-powered motor torpedo boats for Electric Boat Company of Connecticut. That decade also saw Reuland produce its first one-horsepower industrial-type motor. Over time, the company added a complete line of motors featuring fluid couplings as well as magnetic disc brakes. The company expanded its presence in Alhambra and added an aluminum foundry to produce the housings and bell castings for the motors.

Over the ensuing decades, the company continued to evolve. In the 1950s, it established a warehouse in Howell, Mich., to accommodate distribution in the East. The facility eventually became an additional manufacturing plant. In the 1960s, the company outgrew its Alhambra plant and moved its headquarters to its current location in the City of Industry, Calif.

During the 1970s, Reuland established its electronics control division. In addition, it created a publications division, which it sold in 1985. The 1980s also saw Reuland take steps to facilitate growth in the electric motor market, creating its distributor products division to sell standard motors and components. Beyond that, the company opened its Cincinnati facility in 1986 to focus on research and development of motor design and advanced application of Reuland products.

Reuland consists of motor, brake and engineering services divisions. The motor division employs more than 200 people, has 100,000 square feet of manufacturing space, a 30,000-square-foot aluminum foundry and a pattern shop.

Altogether, Reuland can produce a vast array of products, including a diverse selection of AC electric motors and accessories such as brakes, chiller and cooling systems, flexible and fluid couplings, motor reducers, pump/motor adapters, variable frequency drives and vector drives. Its products can be used in a number of applications, from aerospace, cryogenic, crane and hoist, dough mixer, elevator and marine duty to military, nuclear, spindle, test stand, textile and washer/extractor applications.

“As a company, we have a 360-degree offering to our customers,” Foreman says. “They may not need all of our services, but we can offer a wide variety to suit the customer’s applications.”

“That market has gotten saturated with offshore products, as the material-handling space is huge,” Foreman says.

“There are a lot of old elevators in old buildings, which are now being converted to up-to-date electronics and going from DC to AC control,” Foreman says.

Other significant areas for Reuland are high-speed test stand motors and the nuclear industry. These are all examples of the way Reuland seeks to carve out a presence in niche markets and then expand.

“Going forward, seeking continued growth and ensuring consistent quality will remain major focal areas for us,” Foreman says. “As new technology is developed, we will find ways to integrate it into our products and manufacturing processes.”