Back to Profile Gallery > Royce Colors 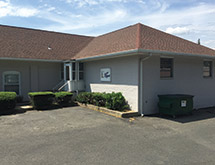 In the consumer-packaging world, appearance can be as critical as functionality. An unattractive foam tray used to hold a meat product or off-shade paperboard could lead a discriminating consumer to make another purchase.

The makers of the packaging used for food, cosmetics and other consumer products want to ensure that their goods are attractive to consumers. The pigments and dyes used to color plastic, paper and textiles in that packaging play a major role in ensuring the eye appeal of goods. Colorants must not only be attractive to the consumer, but also consistent in quality and safety.

“When you’re supplying and serving companies that make products used to package food, consumer products and dye fabric there has to be 100 percent quality and consistency,” Royce Colors Principal Wylie Royce says. “These companies are in a very competitive business – they can’t afford any downtime or rejects so everything has to be as efficient as possible, delivered on time and to exacting specifications.”

Royce Colors draws on its decades of experience in the chemical and colorant manufacturing industry to ensure its customers get what they need when they need it, and at the right consistency and formulation. The East Rutherford, N.J., based company manufactures and supplies a complete range of polymer colorants, functional masterbatches and compounds, and dyes and colorants that can be used on textiles, paper and plastics.

The company’s customers range from manufacturers of polystyrene foam packaging  to cosmetic packaging, recycled paperboard and clothing to producers of medical X-ray film. “We typically serve very mature markets that tend to be affected less violently by economic upturns and downturns,” Royce says, citing packaging as an example. “During the Great Recession, takeout containers were affected because people weren’t eating out as much, but containers used to package meat and produce sold in supermarkets picked up.”

‘Legs to Stand On’

Market and product diversity have been hallmarks of the company since its origins. Founded by Albert J. Royce Sr. in 1929, Royce Chemical initially supplied chemicals used in the textile industry until the late 1970s, when it acquired Passaic Color and Chemical, a dye manufacturing company. In 1981, it sold its chemical business, focusing instead on dye manufacturing. The company from 1981 to 1986 also supplied zinc powder used in alkaline batteries.

In the late 1980s, the company added a plastic processing business, which included recycling polystyrene. This later shifted to color concentrate and additive manufacturing.

Royce Colors is one of three business units now owned and operated by the Royce family that serve manufacturing customers throughout the United States. The other divisions of the company, collectively known as Royce Associates, are: Royce Reductive Chemicals, which offers a line of reducing agents used in vat dyeing, textile stripping, precious metal recovery, recycled paper de-inking and other applications; and Royce Specialty Chemicals and Additives, which manufactures zinc borate, zinc powder, sodium nitrite and other chemicals used in a variety of applications including as fire retardants and smoke suppressants, as well as in paint formulations and other chemical manufacturing processes.

In addition, the company is associated with Royce International, founded by Harry Anand. Royce International has grown to be a major supplier and manufacturer of epoxy resins, diluents and curing agents to the coatings, construction and aerospace industries.

“We like the idea of having several legs to stand on, so if one market is not doing as well, we have others to fall back on,” Wylie Royce says.

Royce Associates is now in the fourth generation of leadership by the Royce family, with Wylie’s nephew A.J. Royce taking a large role in its management. “He’s running the business every day and doing a phenomenal job of it,” Wylie Royce says.

The company continues to expand its capabilities and reach. Two years ago, Royce purchased a new building in Gaffney, S.C., to support its vat dye manufacturing efforts and warehouse its products for customers in the southern United States. The company earlier this year also purchased the vat dye business of Sunbelt Chemicals, a North Carolina manufacturer. “Organic growth is still a general focus of ours,” he adds.

The Gaffney plant is one of five plants operated by the company in New Jersey and South Carolina. Royce Colors also has co-manufacturing agreements with companies in Pennsylvania, Europe and Asia.

Royce’s manufacturing runs from synthesizing basic and solvent dyes to vat dye processing, which begins with specialized grinding of the press cake it uses to manufacture end product. Grinding, shading and finishing operations are performed on the press cake, which the company  from  manufacturing partners in Asia.

Royce Colors also blends, compounds has toll manufactured and resells hundreds of different dyes, pigments and additives to create custom masterbatch products for the plastics industry. “Probably about 80 percent of our product line can be considered custom,” Wylie Royce says. “We’ve probably created between 15,000 to 20,000 colors, and can create 20 to 30 new color matches every week.”

All of the company’s dyes and color blends are rigorously tested in on-site labs for dispersion, UV stability and other quality measurements as required for the individual product or by the customer.

The company maintains inventory for its plastics-manufacturing customers. “We have a number of customers that use seven to eight different colors, but in different quantities,” he adds. “If they call on Thursday with an order, we can put each color on a truck for them by Friday; that’s part of our service.”

Royce Colors’ experience as a dye maker and chemical manufacturer gives it the ability to offer a high level of service and expertise to its customers, particularly when it comes to complying with industry regulations. “There are very large companies out there that excel at meeting regulatory standards, but their size prevents them from being able to give close, timely attention to their customers at times,” Royce says. “We feel that being somewhat smaller allows us to give our customers added attention and speed, along with the regulatory expertise a larger company can provide.”

Although Royce Colors considers itself a relatively small, family owned company, many of its customers are not. “A good chunk of our customer base is Fortune 100 or Fortune 500 companies, a good number of which depend solely on us and our products for very critical operations,” he adds. “They depend on us because they’re 100 percent comfortable with the quality of our products and service, and I don’t think we can be paid a higher compliment than that.”