Since it was founded by Mr. Fritz Stahl in 1945, RUWEL has been headquartered in Geldern, Germany. RUWEL International GmbH today is renowned as the oldest operating PCB producer in Europe and a leading producer of circuit boards for high reliability applications. “Following the death of Mr. Stahl in 1991, the company was acquired by a local investor in 1993, who went on to acquire further PCB manufacturers,” begins Gerard van Dierendonck, Managing Director at RUWEL International GmbH. “However, the PCB market was impacted by production in China, with approximately 100 bigger PCB manufacturers now left in Europe in comparison to the 1500 that were in operation in the 90s. In 2009 we were acquired by Unimicron Group, one of the global leaders in the PCB industry, which boasts a turnover of $2 billion annually, in line with its strategy to deliver a one-stop-shop solution to European customers within the automotive industry. Since then there have been further investments and developments. Today we focus on high tech, low volume products for customers in the automotive, renewable energy and industrial sectors.” 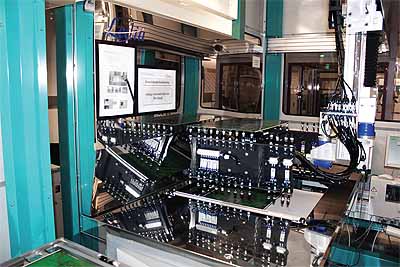 The acquisition of RUWEL and a strategic restructure in 2013 has put the company in a unique position, as it is now able to offer high reliability PCBs from both Europe and Asia thanks to its facility in Kunshan, China. From its German site, the company is able to offer benefits such as quick turnaround and short delivery times to European customers due to its highly flexible production lines and small to medium lot sizes where low minimum volume is required for highly complex products. Cutting-edge technology used here includes HiCu profile, metal inlay, hybrid constructions and wirelaid. Meanwhile, the sister site, Unimicron Kunshan, focuses on high volume, cost-effective, yet high quality products that have few design changes over time. Although delivered from China, Gerard notes that the company has the same points of contact as the European plant. “We are the only PCB company to be owned by a Taiwanese company, which means that if there is a problem in China we have some power to solve that problem for Europe; this offers reliability and instills confidence in our capabilities for our customers.”

Alongside this restructure, RUWEL has also enhanced production services through a 20 million Euro investment from its parent company over the last two years to not only ensure a swift turnaround and optimum quality but also boost its reputation as a technological trendsetter. “Here in Geldern we have a fully digital plant, with a digital light source for our inner layers, outer layers and our solder mask,” says Gerard. “For the production process of the PCBs you must use a light source and with that light source you put a certain geometry on the resist. If you do this with conventional light you work with films and installing the films takes 15 to 20 minutes, however, with digital equipment you can do this behind a computer with an automated return; this reduces the time frame of this process. Next is the precision of conventional lights that you can make reliable; let’s say it is 100 micron line/space, but with LDI technology you can go down to 50/50, which is another advantage.” 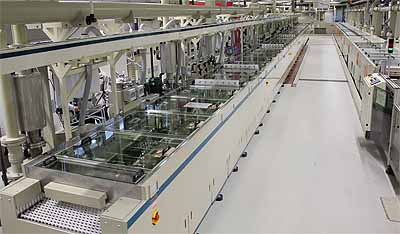 Other capabilities are the 352 (263 contracts and 89 temporary contracts) employees, strong plant include production of PCBs from 2 to 16 layers, copper thickness from 18 μm to 210 μm and 400 μm, a volume range for serial production, from five square metres to 5000 square metres; mass production related prototyping and a wide range of technologies such as heat management, radio frequency, high current applications and optimisation for assembly and integration. With approximately 50 PCBs in each modern day car, this major investment has not only put RUWEL at the forefront of PCB production thanks to its ability to develop highly complex products in a short time frame, but has also ensured it maintains its long-term reputation as a company to be trusted. “Our name is steeped in history and people trust us,” confirms Gerard. “On top of this, seeing is believing; if we have people come visit our site they are always impressed at our technology and strong performance.”

Nevertheless, compared to other companies, RUWEL views HDI, Semiflex and similar demanding technologies as tried and tested, and is instead focusing on consistently aiming higher. By constantly upgrading equipment and its processes, the company is able to produce capabilities with high reliability, high complexity, high speed, high current and heat management and intends to enhance technological innovations further over the coming years. For example, with a current aspect ratio of 10:1 for standard samples and 12:1 for small samples and small series products, the company intends to reach 12:1 to 14:1 respectively by 2018.

“By 2030 it is likely there will be fully autonomous driving cars, which need a lot of PCBs that we produce both at our Geldern site and our sister site in Kunshan. Another thing we will be focusing on is lowering our energy consumption, with the goal of having approximately 50 per cent of our energy consumption made by solar by 2035,” concludes Gerard.