Back to Profile Gallery > Sciton Inc. 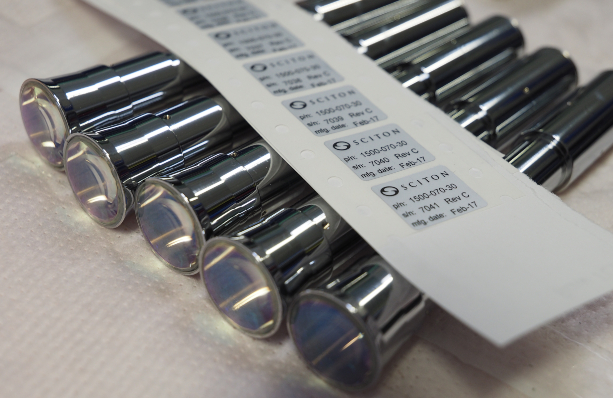 Sciton is introducing a new laser technology product line to the cosmetic market.

Famous for developing Halo, the world’s first and only hybrid fractional laser that restores the skin’s youthful glow, Sciton introduced a new product line this summer.

A leading manufacturer of high-quality laser and light systems in the cosmetic/aesthetic market, the Palo Alto, Calif.-based company unveiled Clear Suite, a part of its JOULE X platform, which offers multiple modules to treat a wide range of indications.

Clear Suite – which includes ClearV, ClearSilk and ClearHair – empowers physicians to treat veins, skin and hair from a single platform. It allows them to visualize veins that are not entirely visible to the human eye – offering faster and more effective treatments to their patients.

Glowing Skin
Clear Suite is just one innovative addition to Sciton’s line of products. In 2014, the company made a name for itself in the industry when it released Halo, the world’s first and only hybrid fractional laser that allows for applying tunable non-ablative and ablative wavelengths in a single pass to maximize results and reduce downtime.

“It helps treat deep wrinkles, pigmentation, skin texture and tone with less downtime than other technology and with exceptional cosmetic results,” Naik says. “It’s used by thousands of physicians across the world.”

Available on the JOULE platform, Halo’s dual wavelengths deliver an unprecedented ability to customize treatments for each patient. Halo delivers both ablative and non-ablative wavelengths to the same microscopic treatment zone: 1470 nm for coagulation and 2940 nm for ablation.

According to the Sciton’s press release, the 1470 nm wavelength is used for delivering between 100 and 700 microns of coagulation to the epidermis and dermis, where solar damage exists. The 2940 nm wavelength is used to deliver from 20 to 100 microns of pure ablation to the epidermis of the skin decreases healing time through faster clearance of Microscopic Epidermal Necrotic Debris (MENDs).

Halo’s operator may choose one of three coverage-base treatment levels, and it calculates the exact amount of energy necessary to complete a safe and effective treatment. “Intelligent energy delivery, combined with Dynamic Thermal Optimization, ensures precise and even treatments, each and every time,” states the press release. “The benefits of a Halo treatment include both epidermal and deeper dermal pigmentation and tone and texture in the skin.”

In 2016, Halo was named one of NewBeauty Magazine’s annual Beauty Choice Awards Winners as The Most Effective Laser for Glowy Skin.

Best In Class
Sciton’s mission is to provide systems that are technical and performance leaders for their applications; offer unparalleled reproducibility, efficacy and speed; give physicians the highest possible value; provide extraordinary reliability and durability, and solve real problems to improve the human condition.

“We have established a relationship with our customers based on our innovation, quality of products and customer service,” Naik says. “That’s why our customers keep coming back to us.”

Sciton’s reputation for quality of product is especially impressive. “Ninety five percent of all Sciton lasers sold since 1997 remain in use today,” Naik says. “No other laser company can say that. Most lasers only last three to five years. Ours have been around for 22 years.”

Sciton was founded in 1997 by co-founders Jim Hobart, Ph.D., and Dan Negus, Ph.D. Since then, the company has been committed to providing best-in-class laser and light solutions for medical professionals who want superior durability, performance and value.

Aside from the United States, the company has developed sales forces in Canada, Japan, Australia and distributor partners in more than 45 countries.

It has a 10,000-square-foot manufacturing facility in Palo Alto, Calif., which also houses the company’s R&D lab. Led by co-founder Dan Negus, it is made up for more than 20 team members.

Allura allows for rapid contour results with a single, office-based treatment. It can be easily added to the JOULE platform, making it very affordable.

The company formed a Women’s Health Group Division and introduced diVa, which expands Sciton’s JOULE platform capabilities to address a woman’s most intimate wellness. diVa is the only device available that includes HPA (High Precision Automation) technology to ensure the safest and best treatment outcomes for patients and predictability for the operator.

Other product highlights on the company’s timeline include BroadBand Light (BBL) technology, which was developed in 2004. It sets new standards in treating skin conditions associated with aging, active life styles and sun damage.

Its broad range of wavelengths allow targeted treatment for many skin conditions without the need for additional handpieces.

With its broad range of advanced lasers and technology solutions, Sciton has earned a name for itself in the

Cosmetic/aesthetic and medical markets. Its systems have become the standard of care in each application its products address. “We are known for having the Gold Standard resurfacing laser in the industry,” Naik says.