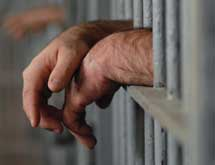 The need for a good lock or door in a jail is immeasurable. And for more than 100 years, Southern Folger De­tention Equipment Co. has manufactured products that provide that level of reliability, even after years of use. “You have to provide a product that doesn’t break down,” Director of Operations Joe Chavez says, noting that on average, detention mechanisms will last 25 to 30 years. “You won’t last more than a few decades [in this industry] if you can’t stand behind your product.”

Since then, the company has grown to employ a staff of 85 and generated sales of $60 million in 2010. Addition­ally, Southern Folger’s product line continues to expand. “We’ve continually come up with new, [reliable] products,” Chavez says.

Southern Folger has implemented lean manufacturing in the past four years to improve quality and efficiency. Before starting the process, the company hired Chavez, who has extensive experience in implementing lean principles and procedures at other firms, including La-Z-Boy Inc. and Jacuzzi.

“I go into a company and do somewhat of a turnaround from what they’re doing into a lean environment,” he says.

These companies usually suffer from problems with profits and employee morale, but “Southern Folger had none of those.”

Instead, Chavez needed to find a way to show the staff that their system was not perfect. “A company won’t [choose to] improve unless they’re against the wall,” he explains.

“I [told them] if our quality wasn’t right, we could put lives at risk,” Chavez recalls. “They could die or a corrections officer could die. I got everyone’s attention.”

When Southern Folger started its “lean journey,” Chavez says, the company created an educational area where it worked with employees and taught them lean disciplines.

The company also re-examined its production processes and found that many needed be redesigned to be more efficient and reduce waste.

Chavez met with the company’s supplier and changed the order to 16-inch and 24-inch-long pieces of tubing. “Our drop off on waste in this process is 35 to 40 percent,” he reports.

In addition, Southern Folger began setting goals for employees’ workdays and workweeks, and recognizing them for a good job with gift cards for H-E-B, a grocery store chain with locations in Texas.

However, “It is not so much the money [that was important to workers],” Chavez explains, noting that employees more appreciated the recognition.

Southern Folger also has improved its delivery rate. Chavez says that when he arrived, deliveries took 16 to 18 weeks. When he sought the reason for the delays, “We found that the handoffs between departments were kind of weak,” he recalls.

“Within our first year, we lowered our lead times down to 12 weeks,” he explains. The company has since lowered its lead time to six to eight weeks, and continues to work to reduce the number even more.

He also predicts continued success for Southern Folger. “Besides the innovation that is happening with our processes, our company will continue to grow,” he says. Chavez explains that the company plans to give its workers more autonomy to solve customer problems.

By letting its manufacturing staff take the lead, customers will believe in the changes that Southern Folger is making, Chavez says.

“It’s [about] the employees taking ownership of a problem and fixing it for the long term,” he says.