From Russia with love

The main ambition of the Sukhoi Civil Aircraft Company (SCAC) is the creation and production of a regional fleet of planes, the Sukhoi Superjet 100 (SSJ100). The company’s headquarters is located in Moscow, supported by a production branch in the Russian city of Komsomolsk-on- Amur and a representative office in Ulianovsk also in Russia. Sukhoi Civil Aircraft Company’s main responsibilities include design and production, certification, project management, sales and after sales support of the fleet. 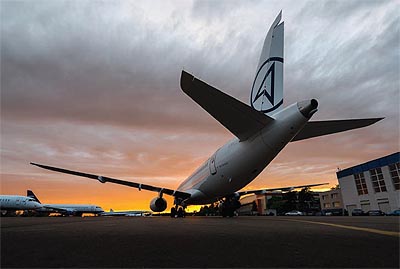 The Sukhoi Civil Aircraft Company has three versions of the Sukhoi Superjet 100 within its portfolio, comprising of basic, long range and business models. The basic and long range models are both advanced and cost-effective commercial aircraft, with a passenger capacity of up to 103, increased profitability for operators, better support and systems for crews and lower fuel burn thanks to innovative technologies in improved aerodynamics, engine and aircraft systems. The Sukhoi Business Jet is for high-flyers who require the freedom to travel and enjoy high-quality facilities and luxurious comfort. It comes with more space than any of its business competitor jets in the same class.

The first SSJ100 was completed from the Sukhoi Civil Aircraft Company’s final assembly shop at Komsomolsk-on-Amur in September 2007. Its first flight was successfully accomplished in May 2008 and in spring 2011 the aircraft operated its first commercial flight. New technologies include the aircraft being fitted with two SaM146 turbofan engines, developed especially for the SSJ100 by PowerJet, as part of a joint venture between Safran Aircraft Engines and NPO Saturn. The SSJ100 incorporates the best Western modern technologies available. Thales developed the avionics, Messier-Bugatti- Dowty the landing gear, Honeywell the auxiliary power unit, Liebherr the flight control system, Intertechnique the fuel system, Parker the hydraulic system and B/E Aerospace developed the interiors. Its enhanced takeoff and landing performance has the ability to operate in a wide range of environmental conditions.

To continue improving capabilities the Sukhoi Civil Aircraft Company has developed FACECOM technology to interpret in-flight data that is transmitted by the aircraft to stations on the ground. The data is automatically transmitted during all flight phases. The take off and landing data is used for statistics relating to the flight time of each of the aircraft in the context of its reliability programme and information on the engine condition is used to analyse and forecast operations. FACECOM can also trace failure data and is able to locate every single SSJ100. The technology is constantly being updated and expanded. 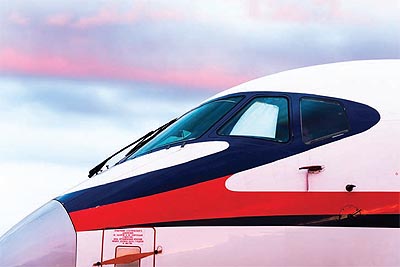 The Sukhoi Civil Aircraft Company’s commitment to compliance was awarded in January 2011 when the SSJ100 obtained certification confirming aircraft safety from the Russian Certification Authority. In February 2012 it received certification from the European Aviation Safety Agency, confirming the aircraft demonstrates compliance within the EASA. As a result European airlines are permitted to accept and operate the SSJ100 aircraft. It’s the first Russian passenger large airplane to achieve the EASA CS-25 certification.

The company is improving the after sales services to all of its customers. Currently warehouses are located in both Zhukovsky and Sheremetyevo in Russia, Fort Lauderdale in Florida and Frankfurt in Germany to assist customers. The facilities in Zhukovsky are capable of performing both scheduled and unscheduled AC line maintenance services. The Sukhoi Civil Aircraft Company is considering further spare parts warehouses at various points around the globe as and when the SSJ100 fleet expands. It is already planning to open a new warehouse in Russia with round the clock support in Russia and abroad to reduce the time of spare parts distribution. It is also considering setting up sales support offices globally. The majority of its operators have been certified to perform line maintenance, while Aeroflot and Interjet have both also received certifications to perform scheduled maintenance performance.

Its after sales service is supported by various subdivisions. The task of the co-ordination planning and control group is to register operators, maintenance repair and operations and monitor progress. Fleet managers agree the time period of implementation with operators to ensure that the production support runs effectively. The engineering desk is responsible for all technical solutions and develops a plan of action to eliminate all issues. The delivery of spare parts and components is the responsibility of the logistic group.

It looks like it’s going to be an exciting year ahead for the Sukhoi Civil Aircraft Company, thanks to a deal struck in 2016. CityJet, the Irish European regional airline took delivery of its first SSJ100 aircraft in May 2016. It is the first European airline to operate the SSJ100. The company plans to lease 15 Superjet Superjet 100 aircraft in a deal costing of over $1 billion and is considering leasing a further 16 aircraft. Following the deal, flight tests are due to commence in the summer of 2017 at London’s City airport, which is one of CityJet’s key locations. This innovative development has lead to further improvement and performance of the aircraft via the installation of horizontal winglets, guaranteed by wing-flap system modernisation and FMS and avionics improvement. The updates will enable the CityJet fleet of SSJ100’s to fit on the short London City runway.