Back to Profile Gallery > Tele-Fonika Kable 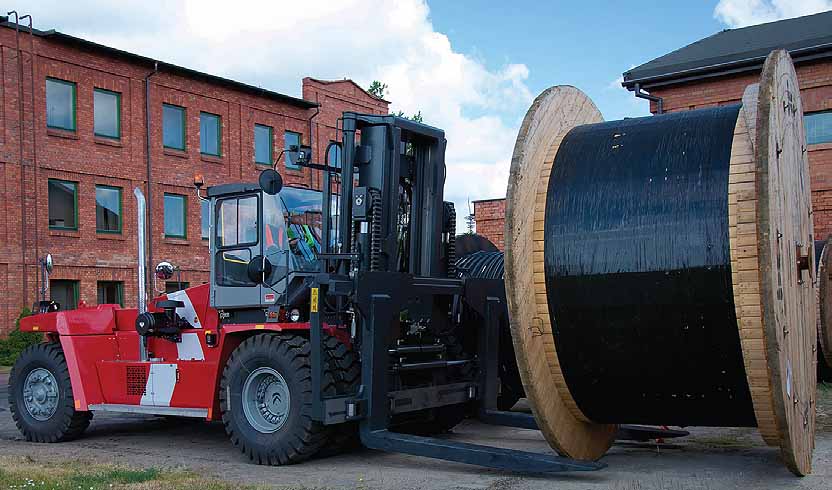 Ranked in the forefront of the global cable industry, Tele-Fonika Kable SA (TF Kable) is the third largest manufacturer of cables and wires in Europe and sells its products to over 80 countries

Established in April 1992 in the city of Myslenice, in close proximity to Krakow, Tele-Fonika civil partnership company began by constructing a modern and state-of-theart production plant that specialised in the manufacture of copper, computer and fibre optic telecommunication cables. The company swiftly became a leading supplier in the Polish market and took the strategic decision to maintain its position in the market by initiating the production of advanced copper telecommunication cables that allow for data transfer in a bandwidth up to 100Mhz at a maximum speed of one Gbit/s. 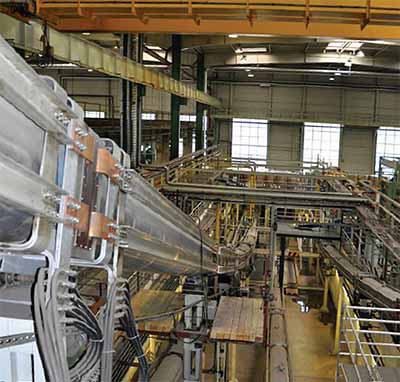 With market demand for its products booming by 1996, the company began doubling manufacturing capacity for that product group. One year on, the company progressed into the production of fiber optic cables and, following the purchase of advanced equipment by Nokia Maillefer, TF Kable was able to produce up to 216 strand fiber optic cables. To further strengthen its foothold in the market, Tele-Fonika SC acquired a majority stake in Krakowska Fabryka Kabli SA (KFK), which specialises in rubber isolated cables.

Following further business developments, TF Kable today is the largest wire and cable manufacturer in Poland, operating from six production facilities and boasting a significant local market share. Benefiting from its impressive manufacturing capabilities, the Group produces approximately 25,000 different products for its broad customer base, as Bartlomiej Zgryzek, Vice President at Tele-fonika Kable highlights: “The products offered by the Group are classified into six main categories: 1 kV cables, medium voltage and high voltage cables, telecom cables, wires, rubber isolated cables and other cables. Sales on the Polish market account for approximately 40 per cent of total revenues, with sales in foreign markets generating the 60 per cent; the core markets are Germany, the UK, the US and Baltic region countries.”

He continues: “The main customers of TF Kable include wholesale network distribution companies, energy companies such as power plants, utilities and network operators; companies in the oil & gas and mining sector, the telecommunication segment, which includes telecom operators and their suppliers and large industrial companies.”

Operating from six production facilities, four of which are based in Poland, the Group made the strategic decision to go through a reorganisation process in 2013 that has led to each production plant in the country specialising in specific types of cables; this decision has enabled TF Kable to not only improve cost controls when it comes to production, but also logistics and sales processes.

“TF Kable’s main competitive advantage lies in our high quality products and operational effectiveness,” says Bartlomiej. “Therefore, we have to compete by carefully controlling our operating costs above all as it seems to be the key to commercial success. The operational excellence is strongly supported by the complete specialisation of our production plants.”

In more detail, the Group’s Myslenice plant today specialises in the production of telecommunication cables, while Krakow – Bieżanów specialises in processing copper and aluminium rods as well as manufacturing semi-finished products such as copper wires and cords. The Krakow Wielicka plant, meanwhile, is the largest cable producer for the power industry in Poland and produces a wide range of cables; these include power cables, control and signalling cables and special purpose cables such as rubber isolated cables. Bydgoszcz specialises in the production of power cables as well as self-supporting and suspended cables, fittings and power cables. The two facilities that are abroad, Zajecal, in Serbia, and Czernichow, Ukraine, both specialise in low voltage cables, however, the Zajecal plant also produces building wires and rubber isolated cables, while Czernichow also manufactures building wires.

The massive diversity of products and the superior production capability of plants has resulted in the Group’s involvement in a number of major projects. For example, in 2011 the Group supplied power to one of the main Euro 2012 arenas, the National Stadium in Warsaw. For this project, the Group’s Bydgoszcz plant manufactured speciality high voltage cables, rated 110kV, with fiber optic cables; the cable line was approximately 510 metres and was installed in a conduit running under the Vistula River, cable conduit installation took place through the utilisation of Horizontal Directional Drilling (HDD).

Proud of its commitment to shared principles and objectives when it comes to the ethical, sustainable and high quality cable development and manufacture, the Group became a member of Europacable, signed the Europacable Industry Charter in September 2015 and the CEO of Tele-Fonika Kable became the Vice-President of the Europacable Association. Having joined the ranks of Europacable, the Group not only gets opportunities to network with representatives of other cable market players, but also gains additional knowledge when it comes to respecting product quality and safety.

Consistently focused on operational excellence and the delivery of high quality products, TF Kable anticipates further growth in the future following positive changes in the market since 2014. In response to these opportunities, the Group will further develop and expand its vast product portfolio with more complex products such as MV and HV cables and cables in line with European CPR requirements, which will thus enable it to meet the increasingly challenging needs of its customers across the globe.