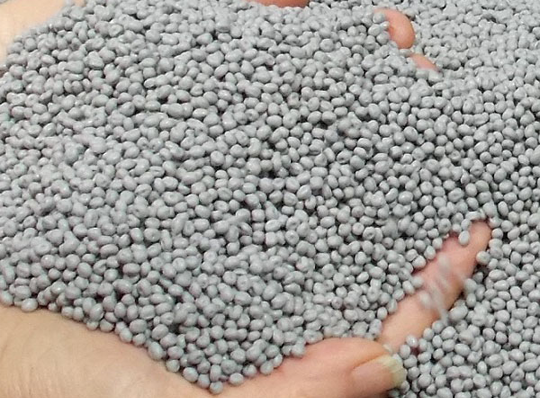 Tulip Molded Plastics Corp. has undergone a significant transformation since President and CEO Craig Kellogg joined the company in August 2013.

“When I took over the company, we had poor on-time delivery performance; now, it’s more than 98 percent,” he says.

To do this, the company established a level scheduling process it refers to as its “goalpost.” The process defined minimum and maximum inventory levels based on factors such as variation in order frequencies and quantities, replenishment lead times, manufacturing capacity, historic demand and forecast data.

“All of our customers expect on-time delivery of a quality product, and that’s one of our major focuses,” Kellogg says. “We want to meet or exceed customer expectations.”

The company during Kellogg’s tenure has embarked on a lean manufacturing journey that includes training its employees to identify and eliminate waste within its operation.

Tulip within the past few years has also improved its operations by enhancing its relationships with vendors. “We consider our suppliers to be our partners and an extension of our company, and have close relationships with them,” Kellogg says. “We make sure we’re on the same page and focused on the same objectives.”

Kellogg assumed the helm at Tulip a year and a half after the Milwaukee-based company was sold by its original owner – who founded it in 1977 – to Saugatuck Capital Co. The company specializes in injection molding products, lead terminals and other components for automotive, industrial and motive power batteries. Tulip is one of the largest suppliers of injection-molded parts to the battery industry, Kellogg says.

The company has worked with many of its customers for much of its nearly 40-year history. “Our customer relationships are built on trust and a win-win mentality,” he adds. “We receive incredible support from our customers, which we deeply appreciate.”

The engineered resin and cold formed lead divisions both use reprocessed materials to create new products. This includes reusing non-biodegradable plastics that would otherwise be destined for a landfill. The company converts these materials into a new usable resin for molding. Additionally, Tulip’s lead division uses reclaimed lead from smelted batteries. “We have a high degree of vertical integration,” Kellogg says.

In addition to using the resin and lead in its own products, Tulip also sells recycled resin for use by other companies.

Tulip’s injection molding presses range in size from 25 to 1,100 tons, and the company holds more than 25 patents on its products. Tulip can also perform contract and custom molding using molds consigned to it by its customers. Other proprietary products available through Tulip include recycling bins used by municipalities, as well as milk, water, dairy and lemon crates.

All manufacturing employees go through an extensive training program that begins before they are officially hired. Prospective employees participate in a three-hour tutorial about the company and also embark on a plant tour. “We want them to see what we do and make sure they meet our expectations and we meet theirs,” Kellogg says.

The company continues to improve its manufacturing and other operations. “We are modernizing ourselves to be a better supplier,” Kellogg says. “We want to meet or exceed customer expectations, and to do that, we are investing in our facilities, tools, equipment and people.”

Work is underway on a new facility in Niagara Falls that would replace the existing plant, which was built in 1904. The new building, which is next door to the current facility, will open its doors at the beginning of next year. The new facility will feature brand-new injection molding machines, extruders and other equipment.

The new Niagara Falls facility is the first component of an extensive five-year capital improvement plan that includes new equipment and other upgrades across its operation.

Kellogg credits Tulip’s manufacturing and other staff with the improvements it has made in recent years. “We have a great team with a lot of experience,” Kellogg says. “We think our beliefs and values help set us apart – we all believe and understand the customer is our No. 1 objective.”