Back to Profile Gallery > WEISS Spindeltechnologie

With a solid background of industry experience, WEISS Spindeltechnologie GmbH represents a state-of-the-art company specialising in high precision spindle units that are applied in turning, milling and grinding applications

WEISS Spindeltechnologie GmbH (WEISS) was incorporated in 1993 when Siegfried Weiss founded the company with just 77 employees. Over the subsequent years the business steadily 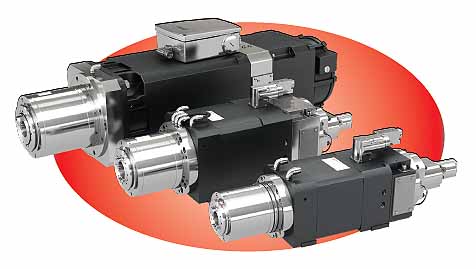 increased its market share with a growing presence in both the US and Europe. As WEISS forged ahead on a path of further expansion, the company reached a major milestone in its development when Siemens AG (Siemens Digital Factory Group, DF) acquired a majority interest in the business during 2001. Today, WEISS continues to operate as a market leader in the manufacture of high precision spindle units that are applied in turning, milling and grinding applications from its headquarters in Schweinfurt, Bavaria and its production centre in Maroldsweisach, in the district of Haßberge in Bavaria. Furthermore, the company maintains a strong global presence with repair and service centres across the US, Brazil, the UK, Spain, Italy, Germany, Turkey, Russia, India and China.

“We are producers of highly customised motor spindles for all manner of cutting technologies; by focusing on providing tailored solutions for the machine tool industry’s evolving requirements we have become one of the technology leaders in this field,” elaborates Claus-Peter Lehnert, CEO of WEISS Spindeltechnologie GmbH. “Not only do we manufacture the spindles, here in our production facility in Germany, we also offer a global service to ensure our customers can receive maintenance, repairs or new bearings in close proximity to their location. As such, our operations are under two business segments, GSS – Global Spindle Solutions, which is our spindle solutions brand, and SWSS, Siemens WEISS Spindle Service, our spindle service brand.”

WEISS was last profiled by Manufacturing Today Europe in August 2015, during which time Claus discussed the development some of new standardised items in conjunction with the company’s tailor-made spindles. In March 2015 for example, the company showcased its hybrid range of spindles that were developed for the Asian market at the Timtos 2015 exhibition in Taipei, Taiwan. The new 132-spindle design has an A63 interface and delivers a torque of up to 140 Nm and boasts a maximum speed of 3000 min-1. Especially designed for machines that process steel components and are capable of heavy cutting, the hybrid series is an economic alternative to indirect spindle drive solutions. During the following months, the company’s pioneering range of standardised and bespoke spindles has allowed WEISS to increase its presence within the Asian regian.

“We have recently intensified our sales in China and won a significant order from a Chinese machine tool company for grinding spindles, which will require hundreds of spindles for a project in the area,” Claus says. “We took the decision to intensify our sales activities in China because we see the region as a strong future market. Today conventional and mechanical spindles, 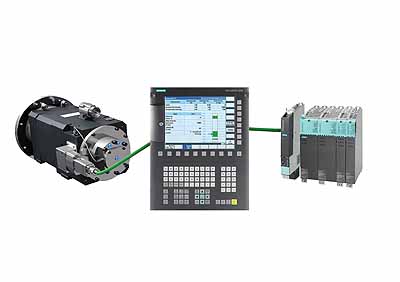 which are driven by a belt and the main spindle motor, dominate the spindle market in China. However, during April 2016 I attended the CCMT trade fair in Shanghai and left the event with a feeling that there that it is a shift in the Chinese machine tool industry and that now there is a bigger opportunity for sophisticated spindles and motor spindles in that market.”

While the market in China may show signs of a future shift to more complicated and technically demanding manufacturing techniques, the export market to the region currently remains depressed due to the slowdown of the Chinese economy. Although the drop in trade with China has had a marked impact on growth opportunities within a range of industry sectors, WEISS has compensated for reduced trade with Chinese clients by securing new clients throughout Europe. Therefore, while trading conditions have not allowed for large advances in the growth of the business, WEISS has been able to remain both competitive and buoyant as the company continues to develop new technologies and practices in anticipation of an upshot in the global market in the near future.

As WEISS continues to develop greater manufacturing efficiencies, the company has taken an early lead in the introduction of increased digitalisation within the precision spindle and machine tool market. The integration of digital technology during the production process, allows information relating to the operation of spindles to be observed and collected, offering clients the opportunity to monitor and enhance their manufacturing practices. “We have introduced the WEISS Spindle Sensor Module SMI24, which facilitates spindle commissioning, reduces the amount of hardware required for the integration of spindle signals into control systems and displays spindle state information on the human machine interface. The SINUMERIK integrated spindle monitor (ISM) can be used to access additional information on spindle state and data on spindle use via HMI screens,” Claus explains. “This data can be transferred to an external cloud or server by the end user. Where a client wants to ensure the further protection of their data, information can be transferred to an internal server and can be available for analysis without leaving the company.”

During the coming years WEISS will focus on the development of its digitalisation technology in co-operation with its colleagues within the wider Siemens Group. This will enhance the service offering provided by the company as it looks to strengthen its presence in various global markets. “We formed new collaborations in Turkey and Spain during 2015, but are increasingly interested in Russia while China represents the main market for the repair and service sector,” Claus concludes.  “We aim to extend our network of service partners or third party service providers to make our network more dense. In Russia and China for example, we would like to open new spindle repair centres during the next 12 months, as well as in other countries.”