Originating from one man’s designing and building of a replica of one of his favourite race cars in his own garage at Westfield House, Armitage, Westfield Sportscars was created in 1983 and has since sold over 20,000 cars around the world, producing approximately 400 cars a year. “The last few years in particular has been a great time for the business, during which time we 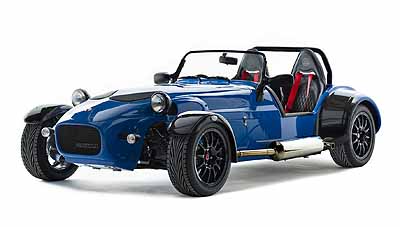 have almost tripled the size of our workforce,” begins Westfield’s CEO, Julian Turner. “In that time, we have also diversified the company further, allowing us to become not only experts in manufacturing, but also in technology development.”

The main driver of this diversification is arguably the company’s push into hybrid and pure electric driven, and fully autonomous vehicles, with its work in these fields extending across the other businesses that make up Westfield Technology Group; Westfield Autonomous Vehicles, GTM Cars and the National Engineering Academy. “It was Westfield Sportscars that was responsible for the development of the Westfield iRacer, the world’s first pure electric race car in 2008,” Julian explains. “The lessons we learnt from this, combined with the technology that we developed at the time, have since been built upon to create the Westfield POD.”

Built from off-the-shelf automotive industry components, and using advanced technology to provide a unique transport solution, the Westfield POD has been operational at London Heathrow Airport’s Terminal 5 since 2011, where it transports passengers from the carpark to the door of the Departures entrance in only six minutes. Such has been the reaction to the Westfield POD that the company was thrilled to announce in August 2017 that it had become the first business in the UK to win an international autonomous vehicle contract in South Korea.

The ‘joint automotive collaboration’ agreement itself paves the way for a £30 million project to supply the country with autonomous electric pods and was signed during a visit to South Korea by the UK’s International Trade Minister, Mark Garnier. As part of one of the very first commercial orders signed for the export of autonomous vehicles anywhere in the world, Westfield will supply its POD’s to the regional government of North Gyeongsang.

“South Korea has a real, strong desire to further the development of the ‘smart city’ concept and we are very excited to be partnering with the UK SMART City Team to drive this technology of the future forward,” Julian continues. “Over the last 12 months’ fellow members of team, including Ordnance Survey, Transport Research Laboratory, Cenex, Oxford University Energy Group and Fusion Processing, have been working hard to lay the foundations for the work that is to follow. For our part, we have five of the Westfield POD’s ready to begin initial testing, with an option for a further 195. 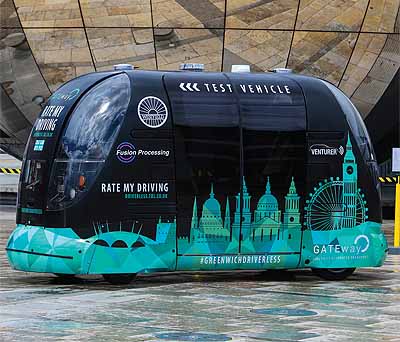 “Ours is a tried and tested platform, one that is more advanced that anyone else’s in the UK. In the time that the Westfield POD’s have been present at Heathrow Terminal 5 they have accumulated more than five million kilometres of usage and have transported over 3.5 million commercial passengers. These figures create a good level of confidence in what we do and in our ability to work with the most advanced technologies.”

Back on home soil, in the last month the company has unveiled details of a project with Johnston Sweepers to make the Westfield AutoSweep, the UK’s first fully autonomous pure electric road sweeper. The purpose of the project is to produce a cleaner technology that will reduce the harmful environmental impacts of road sweeping. In addition to this, productivity levels will be boosted in the delivery of these services that will bring about cost and time savings, and better deployment of manpower resources, making this a potentially game changing undertaking.

There is much for Westfield Sportscars and Westfield Technology Group to look forward to in the next 12-to-18 months. Along with the testing of its Westfield POD’s in South Korea the company continues to work diligently on the hybridising of its sports vehicles, the release of a new two seater sports car and the delivery of international contracts in key markets such as Dubai, the United States and China.

There is also a much-publicised skills shortage affecting the industry, which the company is looking to address in a fresh, innovative way. “We are currently gearing up for the launch of our National Engineering Academy,” Julian states. “At present, there is nobody out there training people in the field of autonomous vehicles, so to meet this challenge we are essentially opening our own institute, one where we will actually offer to fund students to study and work with us. We have been trialling this at different levels, from first year students to graduates and under graduates, while also using it to further the development of our apprentices. To date we have had close to 20 people go through the process, all of whom have gone on to work either directly with us or elsewhere in the industry, and this success has us very excited for what the future holds.”