Skip to content
You are here:Home » GYS has challenged its way to the top of its industry, but is only just getting started 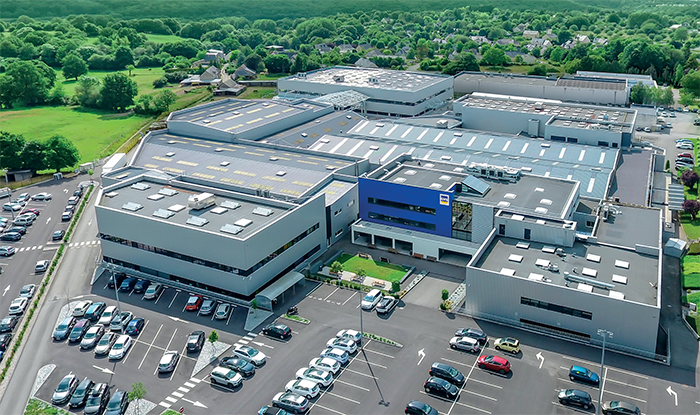 Invest in the FUTURE

GYS is a family-owned business, heralded as an industry leader in the design and manufacture of welding equipment, battery chargers and vehicle body repair systems. Although its headquarters are based in Laval, France, it has locations across the UK, Italy, Germany, China and now, Spain. It was founded in 1964, but the year 2020 marked a significant turning point in a 25-year endeavor into Research and Development (R&D) – a timeline with correlative links to an exponential period of growth that the company has seen since 1997.

There is no better descriptor to set the tone for a discussion on GYS, than that delivered by Neil Pulsford, Managing Director: “GYS is a challenger. The last four years have been extremely important for the world of welding. The industry is a vast entity, with a multitude of players and products around the globe. To give you an idea of the breadth of these products, at GYS we produce a huge range from low-cost, simple technologies, priced around €150, up to high-end, software-driven machines, which sell for thousands. Today, our most advanced machines contain in excess of one million different lines of software. GYS’ strapline ‘invest in the future,’ reflects the company’s modus operandi and speaks for the immense journey into R&D that we have undertaken throughout the last few decades to ensure that our product range can offer clients the maximum possible from the technology available.” 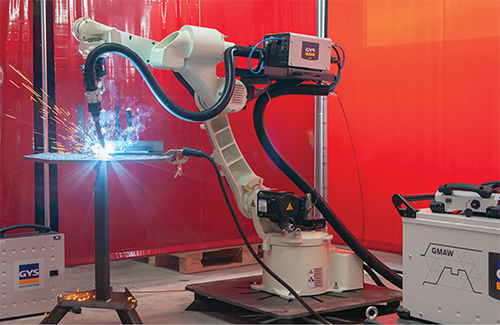 At the beginning of this exploration, the company ran with a modest range of smaller, less complex machines. The constant R&D investment has steadily increased the range to over 100 different welding machines in the latest catalog. Neil cites 2020 and 2021 as being milestone years in terms of the company’s product development timeline. “It’s only in the last four-to-five years that we have completed our product range with the introduction of advanced 400A+ MIG/MAG and TIG machines,” he reflects. “We are among maybe six or seven global brands in the market who are capable of the design, engineering and manufacture of products of this caliber: products that draw from developments in technology to improve the functionality and performance for the final user. So, we have arrived in terms of welding, after 20 plus years of serious investment into the French R&D team.

“Internally, I would refer to us as the new tier one welding supplier,” he continues. “From a product and technical point of view, we’re definitely there, but in terms of awareness and recognition, we are not yet so well-known externally; we have a lot to do in this area. Progressively we are making friends in the industry, gaining customers and spreading the word. The major center of the organization’s gravity is well vested in Europe. From our base in France we have strong sales, marketing and support subsidiaries in Germany, the UK, Italy and since earlier this year, Spain. These are the major markets for GYS in Europe, however we have established distribution and importers catering to all of the European markets. Overall, GYS is now a team of 900 people internationally, with 600 located in France.”

The constant investment by the company has seen 1997’s team of 30 being expanded to the 900 we see today. As Neil states: “GYS is an organization that is designed for growth, we have managed to grow every single year for the last 24.” Using great foresight, industry knowledge and, to some extent, its global reach, GYS managed to evade numerous complications during the pandemic.

As Bruno Bouygues, Chief Executive Officer, details: “Just before the world stopped, when Covid hit, we made the correct predictions with regards to the disruptions that we were going to be facing. We forecasted that as computers, iPads, Wi-Fi, 4G and 5G technologies were suddenly in huge demand, there was going to be an international shortage of semi-conductors. To give you an idea of our reliance on these components – we manufacture between 2000 and 3000 machines every day, some of which use as many semi-conductors as a car. Average car factories only produce maybe 300 to 400 cars per day, so in terms of the volume of consumption, we are one of the largest in France. One of the good decisions we made, was to purchase two years’ worth of stock to see us through the pandemic. This has enabled the continuation of our steady growth throughout the last few years and also meant that our customers were not affected by delays.

“Besides our use of initiative, we had the opportunity to learn from our counterparts in China, who shut down first and then reopened before us, which gave us time to plan and acquire the necessary PPE,” Bruno adds. “As a group, we have always made limiting disruption a top priority, so in some ways we were prepared for such a huge occurrence. We operate out of a very large warehouse, so when the factory closed, we were still able to ship pallets for quite some time. This helped us to win over new clientele, as we’ve established more distributors during the last three years than in the entire prior history of the company. On top of all this, we signed into a new capped energy contract at the start of 2020. This means that none of our operations or costs have been affected by the recent changes and we haven’t had to pass any price increases onto our customers. It has all been very positive of late.” 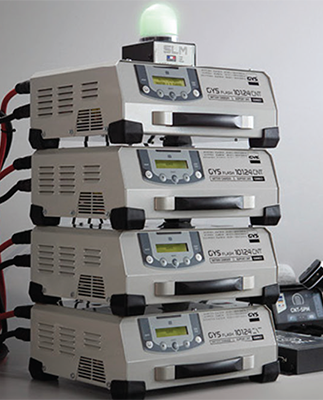 Alongside its expertise in welding equipment, GYS is the largest player in the professional automotive sector for battery chargers. The company has gained extensive knowledge on battery charging through continued R&D, which it is now applying to new markets across different industries. As Neil explains: “We have 50 years of experience in producing battery charging equipment, mostly for the automotive sector. As the technology in your vehicle has outgrown its traditional 12-volt battery, car manufacturers have been presented with a number of new challenges, concerning production, servicing and after-care. For example, a small family car from 20 years ago would have required the most basic four-amp charger, whereas today’s cars require between 120 and 150 amps to protect the array of complex electronic systems in play. Through our newly advanced technology, GYS’ engineers are able to extract charge-related data to understand how different applications respond to the charging process itself. In doing so, we are able to program chargers to improve their performance for any battery metallurgy required.”

From batteries to bots, GYS has its eyes set firmly on the future, with the next development in welding, for Robots and Cobots, already well underway. Part of this includes the development of an automation platform: Smart Automation Machine (SAM.) The idea being that SAM will simplify the difficulties surrounding automation, specifically in terms of machine recognition. Bruno elaborates: “I want to change my industry by providing a new ease to connectivity. SAM will enable automatic recognition to connect machine to machine, the same way you would your printer and computer.”

GYS is a challenger by definition: from barely existing 25 years ago to now challenging the top competition of each new market it enters. It challenges how things are currently done and how they can be improved – a process in which it invites its staff to collaborate. “It’s a positive characteristic in a growing company,” Neil concludes. “I believe ‘challenger’ is the perfect term to encapsulate our style of organization, and a very healthy environment to be in.”
www.gys.fr