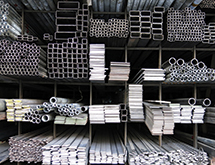 Omaha Steel Castings is in the midst of constructing a new state-of-the-art foundry that will improve its productivity through the use of advanced technology and the implementation of many lean manufacturing processes. “Everything we’ve done with the plant is lean process,” Executive Vice President of Sales and Customer Service Phil Teggart said in a statement. “We can outperform everyone.”

Construction on the new $17.5 million, 130,000-square-foot plant began in September 2012 and is expected to be completed in August. The new foundry is located in Wahoo, Neb., which is just 30 miles from Omaha Steel Castings’ long-time site in Omaha. The facility is expected to double production and increase employment to at least 250, according to the company.

“This project has been in the works for several years,” Teggart says. The company kept its location in Omaha for 106 years, but decided to open its new plant in Wahoo because of a lack of heavy industrial property in Omaha and the high cost of the property available, he adds. Omaha Steel Castings had to develop the new site from scratch, but Teggart says it was still cheaper than property in Omaha. “There are just a lot of positives for the Wahoo site,” he notes.

The new plant occupies more than half of the 20-acre Wahoo site, which sits on a flood plain and required three feet of fill before construction could begin. The 8,800 truckloads of dirt came from Lake Wanahoo, a recreation and flood control lake near the town, according to reports.

Omaha Steel Castings’ new foundry is more automated than its Omaha location, which will require less manhandling of heavy casting molds and improve the speed of the process. From start to finish, the new plant can turn out finished steel casting in four weeks. That is one-half to one-third the time of most competitors, Teggart says. The plant includes 100,000 square feet of production space and 30,000 square feet for pattern storage.

In the 1930s, the company produced castings for steam locomotives and other railroad parts. Over the next decade, Omaha Steel Works began its relationship with the Caterpillar Tractor Co., which is still its largest customer. The company name was officially changed to Omaha Steel Castings in 1974.

To separate itself from competitors, in 1980 Omaha Steel Castings developed its special castings division to offer a wider variety of steel-based alloys and additional casting processes, the company states.