Back to Profile Gallery > Optare Group

Already established among the UK’s elite manufacturers of buses, Optare Group can now be found striking a number of exciting export deals that prove that its advanced passenger vehicles are truly designed for a global market

Optare Group (Optare), based in Sherburn in Elmet, near Leeds can trace its roots back over 100 years. Over the last 30-plus years, Optare has become well known for its innovative designs and the adoption of benchmark technologies. Ashok Leyland, ranked within the top four global bus manufacturers, acquired a 25 per cent share in Optare back in 2010, increased this to 75 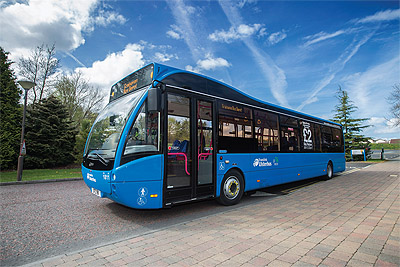 per cent in 2012, and more recently to 99.08 per cent. “Optare is well known for its innovative bus designs and this is a reaffirmation of our continuing commitment to making it a premier bus player in the UK,” commented Vinod Dasari, Managing Director of Ashok Leyland, at the time of the latest announcement.

The news came at the end of what the company freely admits was a rather challenging trading year for the UK, one that felt the combined effects of austerity, government cuts, the fallout from the Brexit referendum and lower company revenues. Despite this difficult environment, Optare has managed to weather the storm thanks to an ambitious growth strategy, which Group President Graham Belgum is happy to explain.

“In response to the challenges faced in the UK, we invested a great deal of time and effort over the last 12 months in identifying and pursuing export opportunities,” he says. “We recognised quite early on that having a strong export component to the business would help us to ride out any challenges within the UK. About three years ago we decided to build on recent export success in Australia and began to explore opportunities in South East Asia with various councils, local governments and established operators. It is this work that has helped to pave the way for our niche offering to be adopted overseas.”

The niche offering Graham refers to is Optare’s lightweight bus products that make use of its unique integral chassis designs, making its vehicles amongst the lightest in their respective class. The by-product of this is an increase in fuel efficiency and operating costs, while the so-called ‘kerb appeal’ of Optare’s vehicles also adds a degree of style and elegance that helps differentiate them from others on the road.

The success of this offering was evident in several geographic regions during 2017, not least of all in New Zealand, where the company secured its biggest ever export order with a NZ$40 million deal to supply 114 environmentally efficient Metrocity buses to Tranzit Group, one of New Zealand’s largest public transport operators, in Wellington and the surrounding region. Featuring Euro 6 compliant engines and best-in-class unladen weight and a higher seating capacity, the first 12 buses were in transit at the time of writing and due to arrive at the end of March 2018. 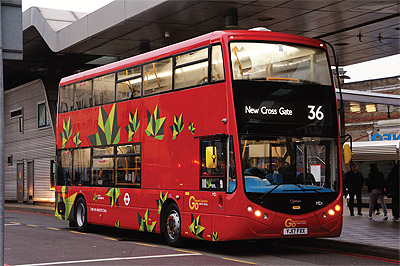 “As well as being incredibly stylish, both inside and out, these buses possess the highest levels of exhaust treatment capability and excellent fuel efficiency,” Graham reveals. “The lightweight nature of the buses also means that they will operate on the lowest road user charge in the area, making them even more competitive, without compromising on the passenger capacity. We are excited to be launching the first bus at the High Commissioner’s residence of Homewood House on April 19th, with public service commencing approximately two weeks later.”

A similarly significant step for Optare’s international export strategy has been the introduction of the Optare Solo product to Hong Kong. Optare has worked with the requirements of the authorities in Hong Kong and tailored the bus for specific duties. The bus will be evaluated by the Hong Kong Transport Department as it utilises the Hong Kong Island green minibus route No. 54M from Kennedy Town Station to Queen Mary Hospital, with plans to trial the Solo on a further two hospital routes in the near future.

The Solo’s shorter length, narrow width, low floor access and high seat capacity are considered ideal qualities for the routes served in Hong Kong. Furthermore, its low floor makes it accessible to all passengers, including wheelchair users and those with reduced mobility. “With the Solo, we are working to introduce a stylish alternative to existing mini buses, providing mobility for all in a far superior and safer travel environment,” Graham adds. “We are hopeful that, following a successful trial, there is potential for the Solo to enter the bus market in Hong Kong as a programme of upgrading the existing high floor minibus fleet begins.”

A spokesman for the Hong Kong Transport Department, commented: “We are glad to announce that the first low-floor wheelchair accessible Public Light Bus (PLB) will be put into service in order to further promote the concept of transport for all. The trial scheme is one of the measures put forward in the Public Transport Strategy Study published in June 2017, with the aim of facilitating wheelchair users to use PLB services.”

The other region that the company is targeting is the Middle East. “It is here that governments are implementing massive modernisation programmes of their respective infrastructure,” Graham says. “These programmes involve the introduction of modern European buses across all platforms. For most countries, the fleets of larger buses are already in place, which means their attentions are turning to smaller feeder vehicles and we hope to be involved in this process in the coming years.”

Back on home soil in the UK, Optare continues to develop its Euro 6 Diesel product offering, and lead the way in the development and provision of electric buses, leveraging more than ten years of experience in electric bus design and operation. Over 100 Optare electric buses can currently be found in service in the UK and Europe, while Steve Whiteway, former Managing Director of Epsom Coaches, has joined the company to work with operators in and around London to support the implementation of new electric technologies.

“Using the experience that comes with being the leading provider of electric vehicles in the UK, we are currently investing extensively in the next generation of these buses, with vehicles utilising higher density batteries being built,” Graham points out. “This, combined with our advanced lightweight construction, is the perfect formula, delivering much improved range and reduced power consumption to a product developed and built entirely in the UK. We were also the first UK manufacturer to develop a new fully electric double deck bus with the equivalent passenger capacity to diesel double decks. The Metrodecker EV has successfully completed trials with First York and First West Yorkshire recently, and is currently in service trials with Go-Ahead London.”

Optare’s lightweight buses, have an important role to play in delivering fuel efficient travel and cleaner air in the towns and cities in which they operate. “We continue to invest in further innovations that will support a drive towards ever cleaner and more fuel-efficient modes of transport, particularly electric vehicles. This, coupled with the support we have from Ashok Leyland and the strong export opportunities we have in front of us, means we have a very positive outlook for what the future holds,” Graham concludes.