Proenergy has invested $28.8 million in an advanced manufacturing initiative, starting with the recent acquisition and proven application of a 3D hybrid printing machine

As part of its advanced manufacturing initiative, the company’s first major acquisition is a DMG MORI LASERTEC 125 DED hybrid machine. One of only a handful in the world, this technology enables manufacturing industrial-scale parts of any complexity in a small amount of time. Featuring additive and subtractive capabilities, the machine can build and machine new parts without pause.

“Creating a variable bypass-valve door, for example, would take at least 12 months for a casting process; the Proenergy advanced manufacturing process took less than 90 days,” he says. “This machine is just the beginning of our initiative. These steps will not only position Proenergy as the top advanced manufacturing provider for any industry within Missouri, but likely in the Midwest.” 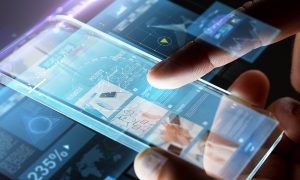 Emerson and Nozomi Networks have announced they have established an agreement to meet growing demand for...